Every college student has moments of overwhelming stress, whether they are 23 years old or 70 years old. But in these moments, Rick Chestnut relies on the BYU Bell Tower.

“There have been times where I’ve felt like I couldn’t do all that is expected of me. In those times, I would step out of the HFAC and hear the bell tower play ‘Come, Come, Ye Saints’ and I knew it would all be okay. That bell tower was my friend, and that small tune kept me going.”

Graduating this month at age 70, Chestnut’s story is unlike any other.

Chestnut’s educational journey began at the University of Iowa but was interrupted by a call to serve in the Vietnam war on a salvage and rescue ship. His experience left him with questions about what was right and wrong. After returning from the war, he took a hiatus from society to camp and trap with a friend in Canada and the Dakotas.

At one point, there was a group of BYU students studying field grasses in South Dakota at the same camp as Chestnut. One of the students talked to him and his friend about Provo and The Book of Mormon. That interaction changed the course of Chestnut’s life.

“I decided to just try to be a good person. I decided to be good to everyone,” Chestnut said. “Next thing I knew, I was on the Amtrak with a one-way ticket to Provo, Utah.”

While he came to Provo with no plans and very little money, life started to fall into place for Chestnut. He remembered the student’s name that had told him about Provo, so he reached out to her. He began learning about the gospel, attending church and eventually was baptized.

“BYU became my spiritual home. I was taught the gospel by students and was baptized in the basement of the JKB. I met my wife here. This place became personally important to me.”

After marrying his wife, they left school in the middle of a semester and took their life in a different direction. Chestnut worked as an electrician to support his family, and he got involved in the film industry on the side.

“Eventually my wife encouraged me to come back to school when I retired,” Chestnut said. “I looked at different schools, but when I came to BYU it just felt right. I knew I was supposed to come here.”

“It’s a Wonderful Life” is one of Chestnut’s favorite movies. As a BYU film major, Chestnut understands the power that film has to influence people, and loves the way this timeless story moves people.

Attending BYU for the second time, Chestnut has immersed himself fully in his classes and the different experiences offered to him as a film student. He likes screenwriting, and has worked on films with his classmates and built close relationships with his professors.

“One of the things that’s really impressive about Rick is his persistence,” said film professor Jeff Parkin, who has worked with Chestnut throughout his time here. “It would be really challenging to come back to school and that takes a lot of courage, persistence and humility.”

Chestnut’s persistence has helped him power through his college experience, particularly with the obstacle of his severe hearing impairment. But Chestnut’s classmates never made him feel incapable.

“I love my classmates. They’ve gone on missions and they’re respectful of me even with my hearing impairment. I worked on lots of films with different students and it was a great experience.”

One of Chestnut’s favorite parts of being a BYU student has been attending school with his two daughters. While they didn’t see each other on campus very often, “it was really nice to share that experience together.” 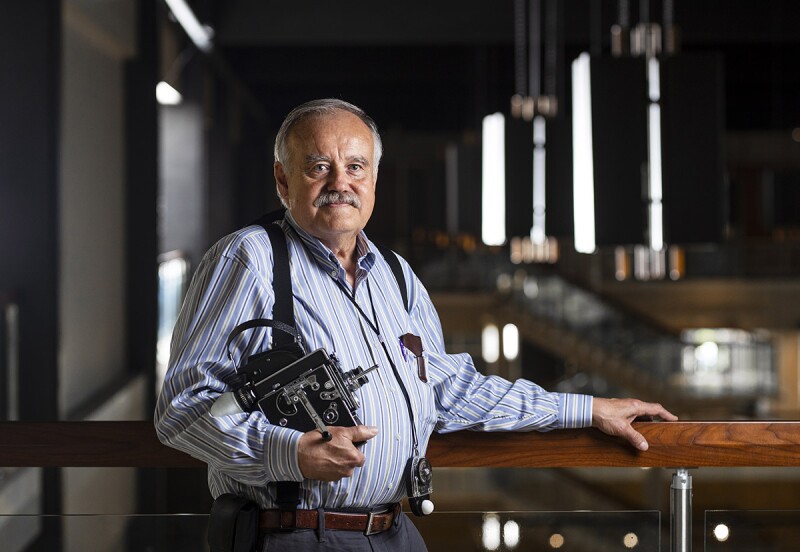 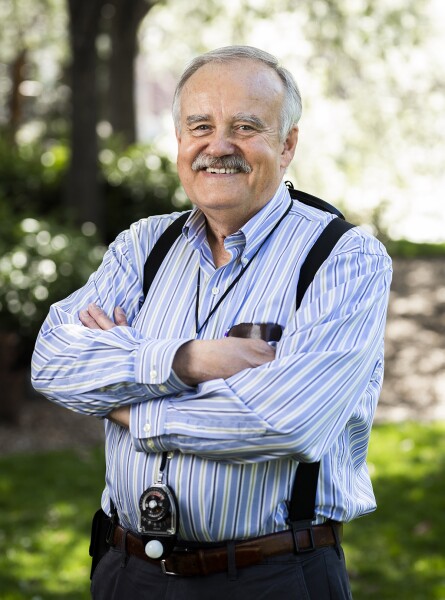