Kaden Larson probably would have started taking piano lessons around age seven or eight. Both of his parents are musically inclined and it would have been the expectation.

But at the tender age of two, Larson was diagnosed with Juvenile Rheumatoid Arthritis. His hands were regularly clenched into tiny fists and unusable. As the doctor worked to open Larson’s hands, he prescribed any activity that would keep Larson’s fingers in motion: finger painting, Play-Doh and piano.

“I didn’t really think about piano in any serious terms as a kid,” Larson said. “It was just something I did.”

But Larson clearly had a knack for it. At age 11, he started playing keyboard in his dad’s classic rock cover band. It was there that his passion for music really started to develop, which ultimately landed him at the BYU Young Musician Summer Festival three years later.

The festival was a turning point for Larson. It was there that he met music professor Scott Holden, who agreed to continue to teach the teen throughout high school. The mentorship has lasted throughout Larson’s collegiate career.

“It opened up my vista and I hadn’t considered music more seriously until that point,” Larson said. “I grew so much in a very short amount of time. It was like trying to take a drink from a fire hydrant.”

While at BYU, Larson spent thousands of hours honing his craft, preparing for and performing piano recitals, and helping to accompany other music students on their projects. He leads the BYU chapter of the Music Teachers National Association. Larson also earned a spot at the prestigious 2017 Dublin International Piano Festival, where he was one of 18 students selected from around the world.

As Larson reflects on his journey and success as a pianist, he admits he doesn’t know if he would have discovered his passion without his early diagnosis (his arthritis has been in remission since he was 8 years old).

Following graduation, Larson will pursue a master’s degree with the Jacob’s School of Music at Indiana University. 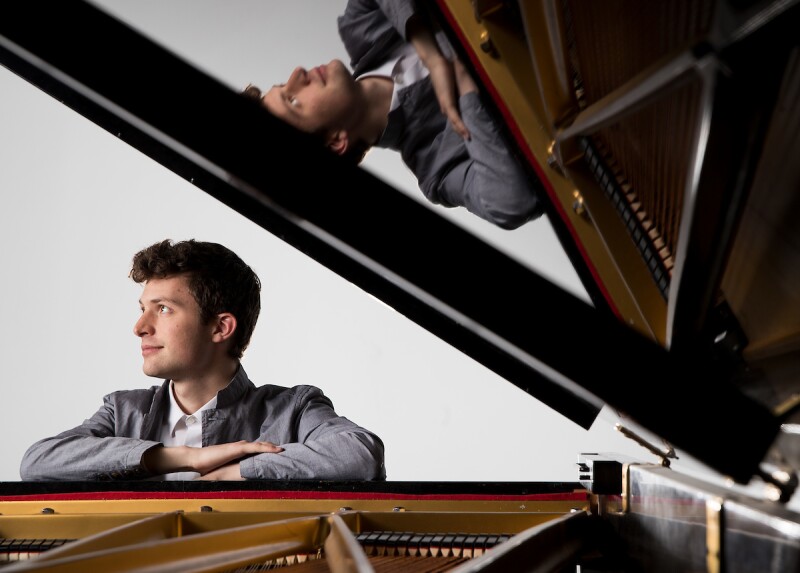 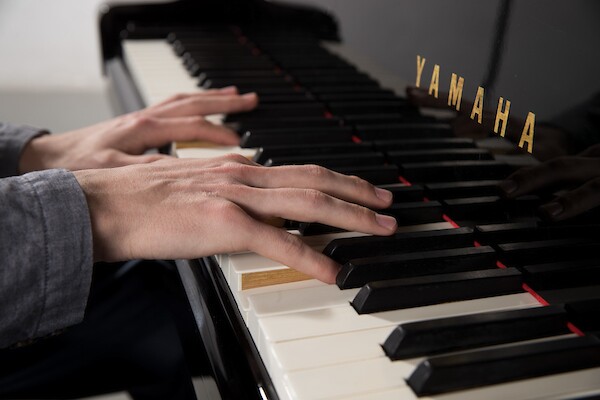