Y Digital, a student-run digital- and social-media agency, opened a year ago, with the goal of preparing BYU communications majors and minors for a digital-first professional world. And over the past year, more than 60 students have done social-media analytics, social-media listening, digital-media production, content creation and search-engine marketing for such real-world clients as Pepsi Co., Marriott International, Subaru and the NBA.

"The more society turns to the internet, the more we need people who are savvy with the internet and technology to produce work for companies," said Adam Durfee, public relations instructor and the lab’s director.

And he’s passionate about helping students become savvy. “We have a whole range of skills — advertising, strategic messaging, writing, pitching, design and video — we help students put together to coexist online. That great writing is nothing without great visual. That great video is nothing without great targeting. Those are the connections we want them leaving with.”

It doesn’t hurt that Durfee has some serious digital marketing street cred. Not long before coming to BYU full time, the then-vice president of Wallaroo Media was named the youngest member of the Forbes Communication Council, an organization for top communications executives. And this month he was named a rising star at New York’s Social Shake-Up Show, branded as the leading social-media marketing conference in the United States.

The challenge Durfee brings to each semester’s crop of students, and the end goal of most of the lab’s work, is helping real-world clients better understand their audiences and customers. With that understanding, they can ultimately create better targeted digital marketing, products and experiences.

Last semester, a team of students developed a social-media campaign for Whooshfly, a kind of Uber for private-jet users. Eventually that campaign, which included a video ad, brought Whooshfly a $35 return on every dollar they put into the project and doubled the number of bookings they had set as a goal for the campaign.

This kind of video and marketing is unique, Durfee said, because “we don’t deal with captive audiences like TV commercials used to. We have people who are scrolling at high speeds and we have to find something in two seconds that’s going to get them to stop scrolling. So we’re really shaping a student mindset on how we approach this.”

Creating the end product involved multiple all-nighters and long weekends of work, said team member and public relations student Spencer Christensen. “Pulling together everything for that shoot and actually shooting the video was such a big undertaking,” he said. “But it was so, so, so enjoyable. And what made it better was the incredible success the video had.”

Christensen credits his Y Digital work for the multiple summer internship offers he received. “Every time I've interviewed for an internship or job, potential employers have been blown away by what I've done in the lab and the experience I've gained,” he said.

Fellow PR student K.C. Miller, currently interning at San Francisco’s marketing platform HYP3R, said during his two semesters working at Y Digital, “I’ve never been so motivated and fascinated by anything as a student. Working on a team for real clients and brands, presenting our work to data analysts and CEOs:  where else am I going to get an opportunity like that while still in school?”

Of the four Y Digital alums who graduated in April, all are now in jobs in social and digital media.

“The students at Y Digital are hungry to learn and it makes it a fun environment to explore digital marketing strategies with them,” said Luke Alley, vice president of digital marketing at Avalaunch Media, who worked with the lab last semester. “They were so good I even hired one shortly after.” 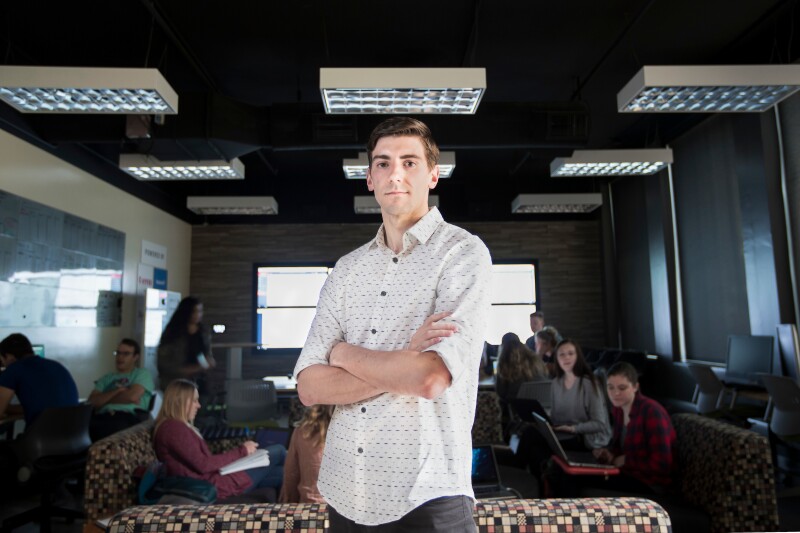 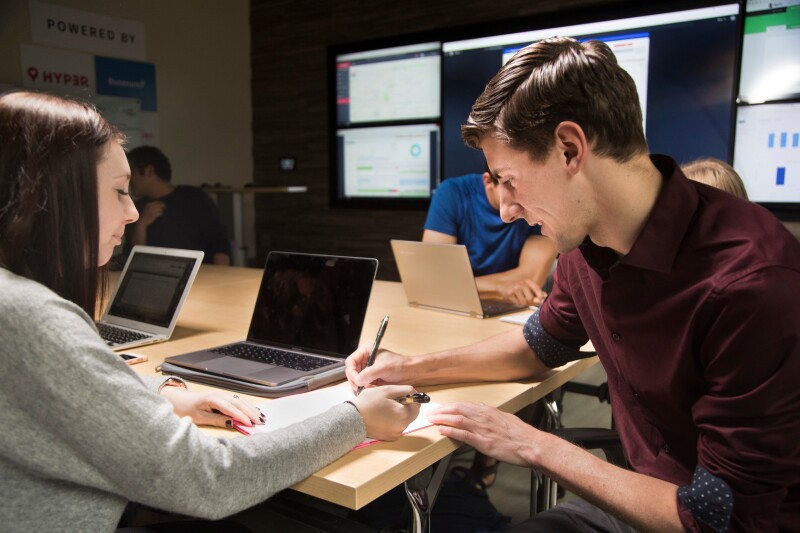