BYU grad follows the path less traveled to her degree

Mary Elizabeth Zilch became a world traveler at a young age. Most of her childhood was spent living abroad in Egypt and South Africa.

“My father worked for the US Agency for International Development as an auditor, but we liked to tell people he was a spy,” Zilch said.

Studying Arabic at school in Cairo, serving in humanitarian aid throughout South Africa and visiting the jungles, waterfalls and beaches of nine other countries helped shape both her interests and the path that lead to BYU.

Today, Zilch is one of more than 1,800 students receiving a degree at BYU’s graduation ceremonies, but her journey had a few detours.

Zilch’s first couple of years at BYU were pretty typical. She started her studies intending to be a veterinarian, continued to study the Arabic language and eventually settled on pursuing an English degree.

During her junior year, Zilch married her husband. He graduated soon after and the couple moved across the country to Maryland. Zilch was given 5 years to finish her required coursework and graduate with her English degree, but at the end of five years her own growing family had done a fair bit of traveling. At the time, the family had moved eight times, lived in 4 different states and Zilch was expecting her third child.

“Thankfully, I have a very supportive and encouraging husband and an excellent example in my mother,” Zilch said. “She had worked on her own classes while raising seven children and living in three different countries, so I found I had very little excuse not to finish my own degree.”

After making the switch to a bachelor’s degree of general studies with an emphasis in English, Zilch was able to complete her degree 11 years after starting here at BYU as a freshman and just a week before her fourth child was born.

She admits that time management was a struggle as she worked to finish those last few classes while also raising her children. Her advice to current students is to finish their degrees as soon as possible but not to give up if the path detours from what they intended.

“Stick with it and don’t quit,” said Zilch. “I feel like continuing my education has made me a more well-rounded individual. It has made me more appreciative of the world outside my little bubble of family and church.” 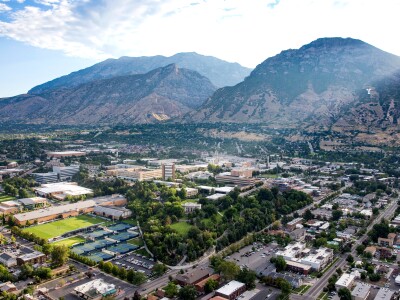 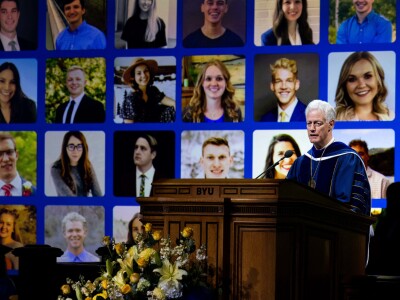 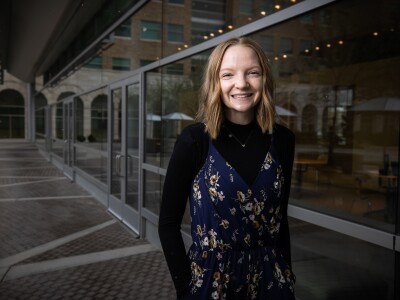