This production is not just a dance performance, it is a spectacle for the whole family

The circus comes to Provo in BYU Theatre Ballet’s newest production, “ The Carnival of the Animals.” Complete with a carnival master, animals, puppets and children from the community as guest performers, this promises to be a performance for all ages.

“My original idea for a circus was based on the book ‘The Night Circus’ by Erin Morgenstern,” said Bott. “The idea was supposed to be a magical Victorian era vintage circus. It’s been a very collaborative effort. We have fun Victorian era costuming designed by Priscilla Hao, and Teresa Love wrote a story treatment to tie it all together.”

“Teresa Love’s story treatment begins with some kids getting lost in a rainstorm and stumbling upon an old circus. They end up knocking on the door and there are performers in the back who come out and put on a big show for the kids. We wanted it to be family-friendly, fun for kids and really magical. It has taken a whole team to create that magic.”

Other collaborative efforts have included a comprehensive stage design created by BYU Arts Production and large puppets created by Theatre and Media Arts Professor Nathan Reed, who is well known for his puppetry background. Some of his creations for “Carnival of the Animals” include a gigantic tortoise, a 12-foot black-light elephant fossil and a seven-foot polar bear, which will actually be worn by one of the dancers.

Theatre Ballet dancer Lauren Halversen begins the performance as a juggler who then transforms into the seven-foot bear. “Professor Reed and I have been working very closely together trying to make sure the bear costume is comfortable for me,” said Halversen. “He has done a fantastic job bringing these puppets and their personalities to life. It’s larger than life and I think it's going to be whimsical and fun for everyone to see.”

Montana Shugars, one of the dancers in Theatre Ballet, said her experience rehearsing for “Carnival of the Animals” has required a lot of growth, complete character commitment and full concentration.

Because the production is double-cast, the ballet dancers have had to master multiple roles. “During our tour show in March, I am the Carnival Master,” said Shugars. “And I need to calculate proper timing for all of the musical transitions and capture the audience when dancers are not on stage. I keep the whole carnival going. During our February show, I am a monkey and the jester. I’ve needed to split my time and energies between three extensively different roles. Also while helping with the children in the show.”

Both Shugars and Halversen agreed that their directors, Bott and Parov, have done a great job at highlighting all of the dancers’ strengths. “I feel very involved,” said Halversen. “Dancing in the bear costume has been really challenging for me because I have to be a lot more exaggerated since I’m in a larger costume and I’m just 5’4. I have to really work at doing things more slowly and articulated so that we can get the point across on stage.”

Bott noted that most of her choreographic background has been independent, and “Carnival of the Animals” is the first time she has co-choreographed a full-length ballet at such a high-intensity level.

“Our assistant director, Ashley, has been awesome. We’ve split the choreography responsibilities down the middle. We’ve got 50 kids from the community, from ages three to 11, who are performing in the show with us. Ashley has rehearsed all of the children's ballets and the company dancers too. I’ve focused on our company dancers. We get along really well. We have similar style and I think the show doesn’t look like it was choreographed by two different people. I think it melds really well.”

“They’re adorable,” said Halversen about the children dancers. “They perform as tree frogs and tortoise hatchlings. I got to help Ashley Parov with rehearsing the tree frogs and they really add a great element that we as older college students can’t bring. They’re perfect for the stage and they look great. Getting to work with them has been fun.”

Another unique part of this production entails two technical and well-known modern ballet masterpieces that will be performed before the “Carnival of the Animals” portion begins: George Balanchine’s “Valse Fantaisie” and Gerald Arpino’s “Viva Vivaldi.

“George Balanchine was one of the best choreographers in all of ballet history. The George Balanchine Foundation is responsible for ensuring that his choreography is always presented properly by carefully reviewing each ballet company who submits a request to do his work,” said Bott. “It’s more common that professional companies rather than university companies receive permission to do his work, but we got permission this year to do a Balanchine ballet. We are really excited, this is the first time in BYU history that we’ve ever gotten permission to do one of his ballet’s and it’s a big deal for us, and especially for the students.”

Last fall, repetiteur Stacey Caddell came to campus and set “Valse Fantaisie” on the Theatre Ballet dancers. The company went through the same process for the Gerald Arpino Foundation and repetiteur Cameron Basden spent a week working with the dancers to set “Viva Vivaldi.”

“Between those two and the carnival, there’s really something for everybody,” said Bott. “I think even two-year-olds will have fun at this show. We want everybody from all walks of life to come and enjoy themselves. This show appeals to people who love ballet and people who don’t know very much about ballet because the ‘Carnival of the Animals’ is fun and whimsical. I think people who don’t know much about ballet will be interested in it.”

“This whole production is taking beautiful world-class music and making a wonderful interpretation of it,” said Halversen. “Shayla and Ashley have been wonderful directors in that way. They push us as a company to be explorative as dancers and willing to try new things. And they maintain an expectation of excellence. And it’s not in a way that’s out of fear, but rather you want to be able to dance the best that you can because this is a gift that we have. This is something that we love and we want to share it with you. It’s a gift that we get to perform here at BYU.”

Pre-show festivities for kids include a photo booth, shadow puppets and jugglers. Children are invited and encouraged to dress up as princes, princesses, animals or whatever they like.

“Some people are saying that ballet is a dying art,” said Bott. “It’s a classical art form that doesn’t feel very relevant because it seems removed from our current society—and it is, it's not pedestrian in any way. I’m always interested in expanding our audience base not because we want more people to come see us but because we want more people to be excited about ballet, about its beauty and artistry and the things it represents. I think it’s important to just come, enjoy it and take away the things that stand out to you. I think there's no right way to view ballet.” 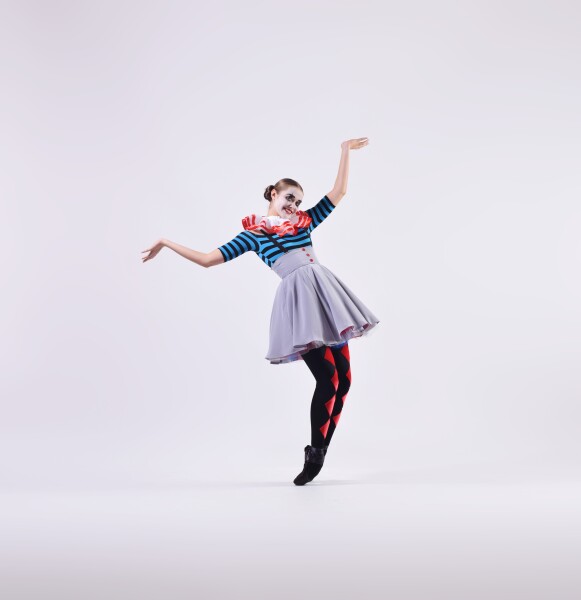 1 of 5
Carnival of the Animals
BYU Arts 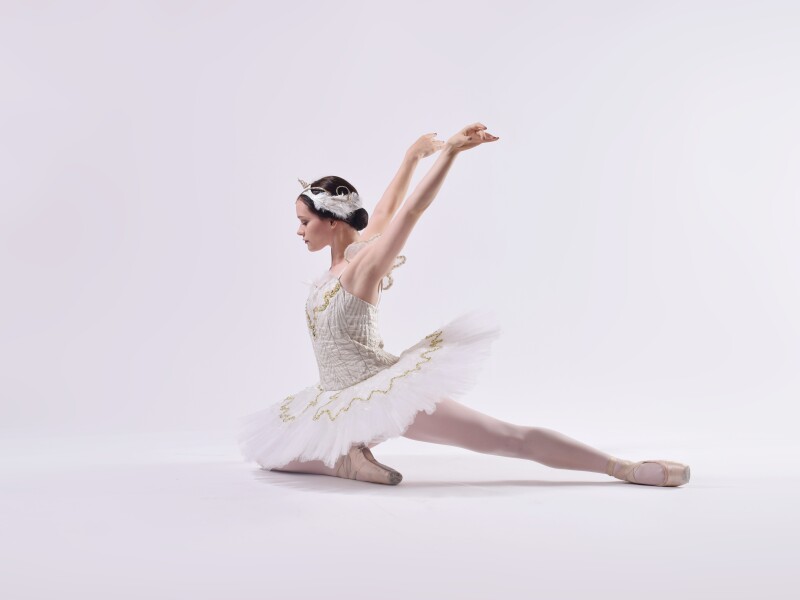 2 of 5
Carnival of the Animals
BYU Arts

3 of 5
Carnival of the Animals
BYU Arts 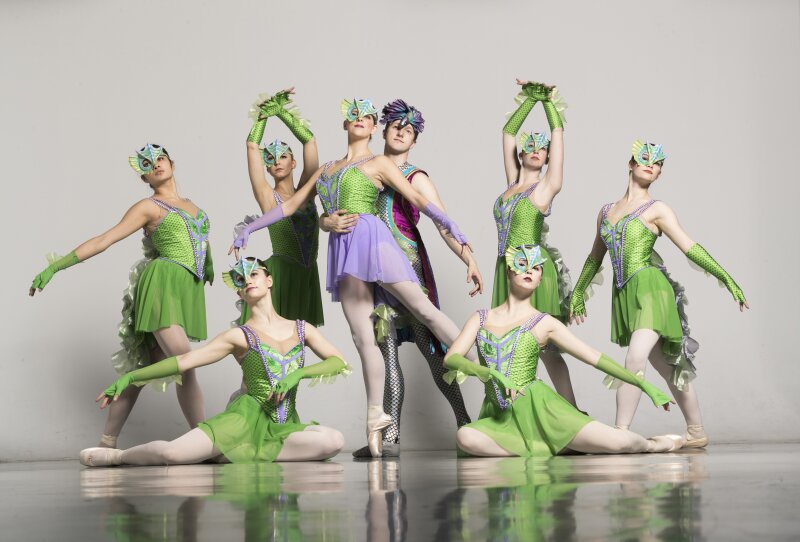 4 of 5
Carnival of the Animals
BYU Arts 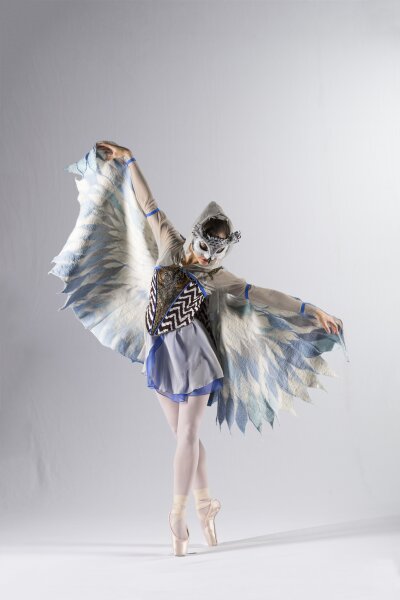 5 of 5
Carnival of the Animals
BYU Arts
1 of 5
Download this Gallery By clicking this link you agree to our Terms & Conditions
Media Contact: Natalie Ipson
Related Articles
data-content-type="article"