When you build a car that clocks more than 1,300 miles per gallon, you would think you'd be satisfied with the fuel efficiency.
Not at BYU.

As an encore to achieving that feat last year, a group of engineering students spent the last year building a brand new BYU Supermileage vehicle that’s lighter, smoother and more efficient. Thanks to the improvements, the new car has achieved an all-time best for BYU: 1,716 miles per gallon—or roughly the distance between Provo and Cabo, Mexico.

“Our goal is to one day break the 2,000 miles to the gallon barrier, which is about 100 times more than the typical car achieves,” said student Cory Newton.

Part of BYU’s motivation to achieve seemingly impossible results comes from a narrow miss in 2013. The group of students from that Capstone team achieved the highest miles per gallon in a national competition (1,331), but took 2nd place overall because of design technicalities.

To ramp up the MPG this year, the team focused on four areas of the car:

The group was able to shave off 20 extra pounds from the 2013 version, an incredible accomplishment since last year’s car weighed in at only 99 pounds—22 pounds lighter than the 2012 version. Students reduced weight by redesigning the car from scratch, using a different exterior finish on the composite carbon body, and retooling the engine mount and the steering components.
According to their calculations, each dropped pound results in 10 extra miles per gallon. The students also improved the engine efficiency by installing lightweight insulation around the engine that keeps it warm while the car is coasting (in between occasional throttle bursts of energy).

“This is not a vehicle designed for luxury—it’s actually quite uncomfortable,” said team member Joseph Blanch. “It’s not built to be beautiful or fast, it’s built for one purpose: to get lots of miles per gallon.”

Students on the Supermileage team know the car won’t be on the streets anytime soon, but the knowledge and skills they’ve gained will surely help their careers as engineers. Of course, the main purpose for building the car, as Blanch put it, is quite logical:

“There is no better way to learn about cars than to build one yourself,” he said.

The team put their new model to the test in early May at the Shell Eco Marathon in Houston, Texas, where they added 400 mpg to their 2013 official tally. The students also competed in the SAE Supermileage Competition in early June where they once again achieved the highest MPG in the event. 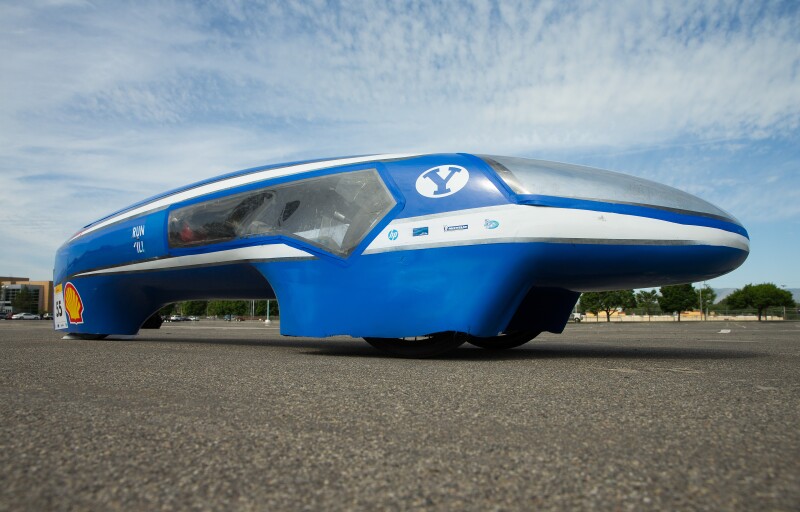 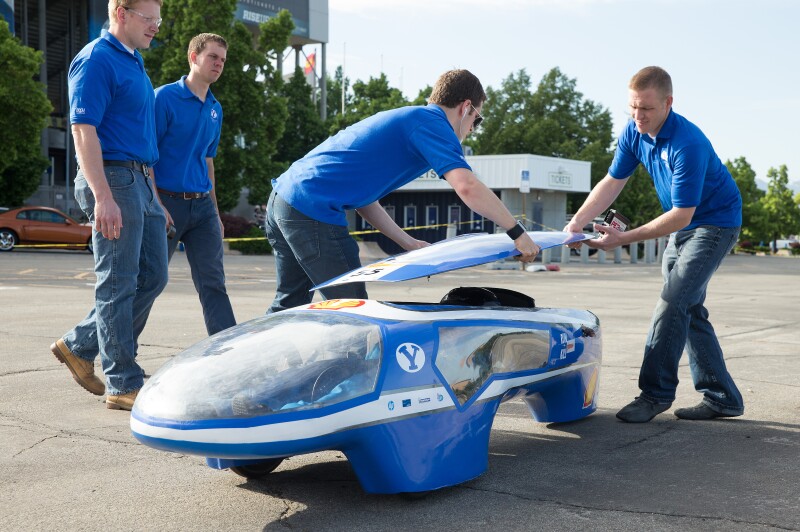 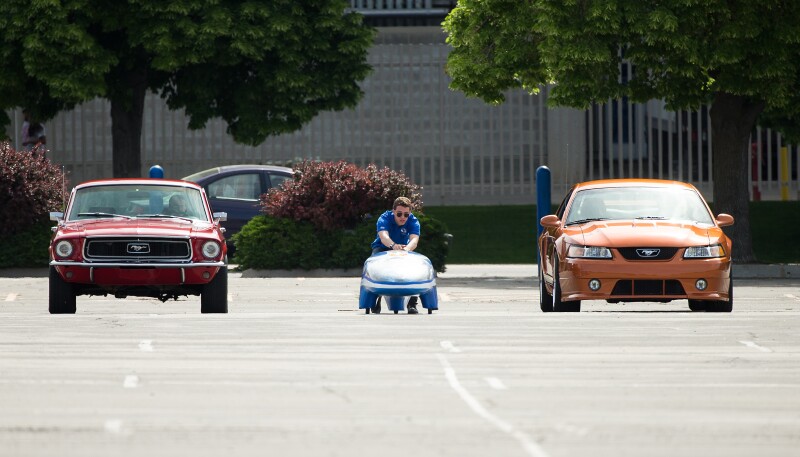 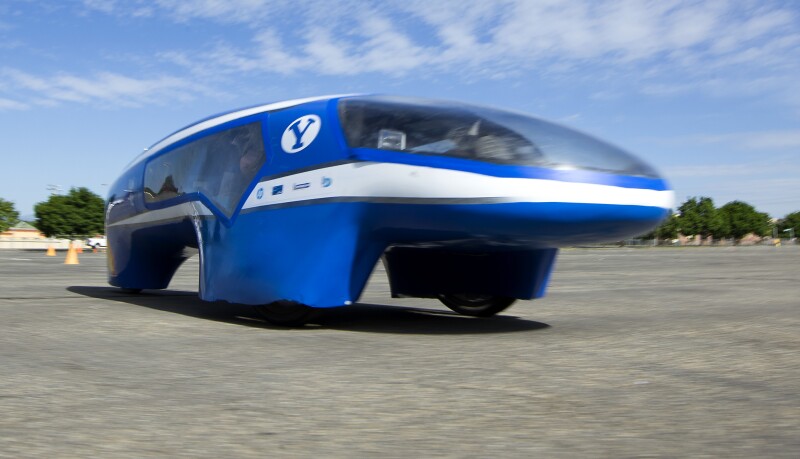