The search for the golden fleece: heroes, goddesses and sea monsters, oh my!

“Argonautika’s” script is beautiful, hilarious, poignant and sparks all sorts of conversations about the traditional hero’s journey.

The Department of Theatre and Media Arts presents the BYU premiere of “Argonautika,” a play adapted from “The Voyage of Jason and the Argonauts” by Tony Award-winning American theatre and opera director/playwright Mary Zimmerman.

Zimmerman adapted the 1963 film of “Jason and the Argonauts” into the theatrical journey of the “first voyage of the world” with the use of inventive staging, puppets and live music. The mythological journey of Jason and his crew is a model for all journeys that follow, complete with a hero’s quest, great battles, true love, magic, terror, the sorrow of loss and the joy of victory. As in Zimmerman’s other award-winning works, “Argonautika” features the entire range of human experience in humorous, exciting and deeply personal storytelling.

As the director of “Argonautika,” Janine Sobeck Knighton says the biggest challenge of the production is how to achieve the epic storytelling that is demanded by the script. The cast is made up of 16 actors, who play more than 50 characters.

“For the play, we have to build a boat on stage, flood the stage with sea water, have Jason fight bulls who snort fire and then see skeleton soldiers rise from the ground,” said Sobeck Knighton. “The best part is, because it is theatre, we get to find super creative ways to do all these things.”

“I first saw ‘Argonautika’ in 2008 when Zimmerman brought her production to the Shakespeare Theatre Company in Washington, D.C.,” said Sobeck Knighton. “The whole experience was magical, and I sat in my seat thinking ‘this is what I love about theatre, this is why I do theatre and this is the type of theatre that I want to create.”

As with BYU’s world premiere adaptation of “Princess Academy” in 2015, “Argonautika” features a cast and creative team from both BYU and UVU. BYU Theatre Artistic Director Megan Sanborn Jones says, “One of benefits of having two universities so close is this kind of collaboration. Students can learn from each other and from diverse faculty from both institutions.”

Enriched Learning Experiences
You and your family will enjoy this adventure populated by Greek heroes, gods and goddesses. Join Jason and his crew of Argonauts in their quest for the Golden Fleece!

Lunch and Learn | Register online at byuarts.com for a free "Lunch and Learn" workshop offered at 12:30-1:45 p.m. in the north lobby of the Pardoe Theatre prior to the  June 8, 10, 16 and 17 performances of “Argonautika.” The activity will be an opportunity for all play-goers ages eight and older to participate in learning activities inspired by the production. BYU student “teaching artists” will lead 60-minute workshops and then provide a space for participants to enjoy lunch before the performance begins. One free meal will be provided by BYU for each registered participant. Parents/guardians are not to leave children unattended during the workshop and are encouraged to register and participate along with their children.

Provo Summer Reading Program | The BYU Department of Theatre and Media Arts has partnered with the Provo Library’s summer reading program to  offer two complimentary tickets to a matinee performance for students who read a mythology book. The Provo Library has bookmarks that double as ticket vouchers for the production.

The search for the golden fleece: heroes, goddesses and sea monsters, oh my! 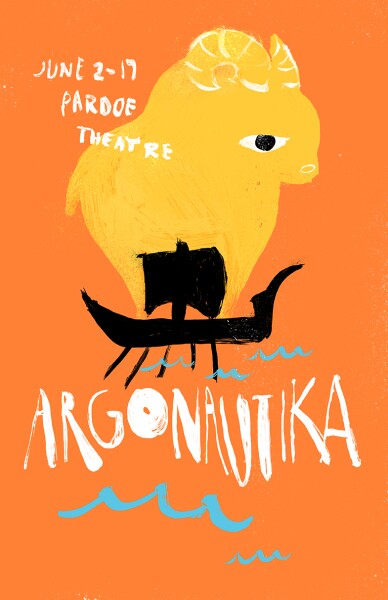 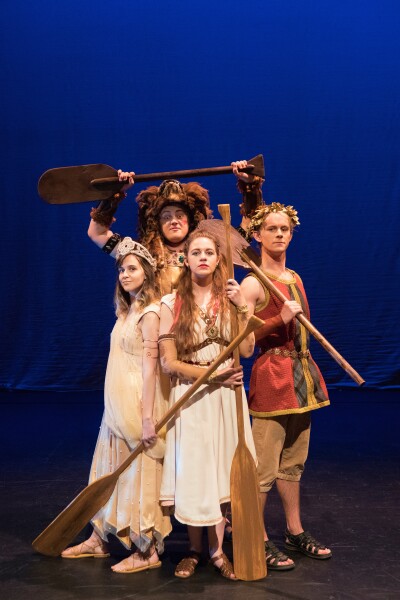