Award-winning vocalists, music ensembles from around the world and a special screening of an Academy Award–winning Pixar film are just some of the highlights offered in the 2018-2019 BRAVO! Professional Performing Arts series at BYU.*

The season will open with a solo concert by Tony Award–winner Laura Benanti, who has starred in Broadway productions of Gypsy , Into the Woods , She Loves Me and, most recently, Steve Martin’s Meteor Shower. Another highlight of the season is a screening of the hit Pixar film Coco followed by a discussion about the making of the film with director Lee Unkrich. In the spring, the Montreal-based troupe Cirque Éloize will perform a wild west–themed circus unlike anything seen before on the de Jong Concert Hall stage.

“The 2018-19 season is my first season as curator and producer of the BRAVO! Series,” said Bridget Benton. “I have worked to curate and assemble a season that truly captures world-class performances and brings them to our community at BYU.”

“The performances contained in the season this year,” Benton said, “are not only inspiring and exciting works of art, but every single performance will further the mission of the university to provide experiential learning opportunities for the students. This will include masterclasses, workshops, lectures and even one-on-one interviews. Without exception, our students’ learning experiences will extend beyond the classroom, and the education will be fortified through teaching by performers.”

“I am excited for you to come share in the experience of these performances and, with any luck,” Benton said, “be inspired.”

Season tickets will be available for purchase beginning May 17, 2018. Tickets for individual events will go on sale approximately four to six weeks before each performance. Tickets are available at the BYU Ticket Office in the Harris Fine Arts Center and the Marriott Center, online at bravo.byu.edu or by calling (801) 422-2981.

Complete information about the 2018-19 performances can be found online at bravo.byu.edu.

*BRAVO! series programming helps fulfill the BYU mission of providing inspiring learning in a stimulating setting where a commitment to excellence is expected and the full realization of human potential is pursued.

A powerhouse of stage and screen, Laura Benanti is acclaimed for her work in NBC’s The Sound of Music Live! , Nashville , She Loves Me and recently Steve Martin’s Broadway hit play Meteor Shower. Her performance as Gypsy Rose Lee in the 2008 revival of Gypsy earned her a Tony Award for Best Featured Actress in a Musical. Her remarkable and versatile talent has earned her a spot as one of the brightest and most accomplished stars on Broadway today. Ms. Benanti will entertain audiences with her unmatched wit and humor while performing beloved musical selections from some of your favorite Broadway shows.

Fans of Disney Pixar entertainment will not want to miss this remarkable opportunity to learn about the magic behind one of their favorite Pixar films, Coco. The 2017 Academy Award­–winner for Best Animated Feature and Best Song will screen in the Pardoe Theatre for a fun night the whole family can enjoy! Stay after the screening for a discussion with the film’s director, Lee Unkrich, and to hear about his journey to bring the mystical land of the dead to life.

I’m With Her is a female contemporary folk trio featuring three Grammy Award–winning musicians: Sara Watkins, Sarah Jarosz and Aoife O’Donovan. These talented women co-founded two major bands, Nickel Creek and Crooked Still, and have made notable contributions to albums from many renowned artists, such as Yo-Yo Ma, Béla Fleck and Chris Thile. Their music combines superb lyricism with exquisite harmonies to create an intricate and unified sound, leaving audiences moved by their emotionally raw narratives and refined musicianship.

Sometimes the truth is more frightening than fiction. Join storyteller Aaron Mahnke and musical guest Chad Lawson for an unforgettable evening of dark, spine-tingling tales—the perfect way to celebrate All Hallows’ Eve. Lore is an award-winning, critically acclaimed podcast that exposes the darker side of history, exploring the people, places and things we fear the most.

Recognized for her work in baroque music and for her mastery of Handel repertoire, Canadian soprano Karina Gauvin also sings Mahler, Britten and the music of the late twentieth and twenty-first centuries with notable success. She has received numerous prestigious distinctions, including the title of Soloist of the Year from the International Community of French-language Public Radio Stations. Audiences across North America and throughout Europe are awed by “her powerfully dramatic voice with all its shades of color and vocal agility” ( Toronto Concert Reviews).

Recognized as one of America’s most adventurous string quartets, ETHEL strives for common creative expression forged in the celebration of community. ETHEL is joined by Grammy Award–winning Robert Mirabal, a Taos Pueblo composer and songwriter known especially for his work with the Native American flute. Join us as these five accomplished musicians present an immersive evening of collaborative new music titled “The River.”

Utah Symphony: An Evening in Spain with Boléro and Carmen

This performance by the Utah Symphony is inspired by the infectious flamenco rhythms and passionate spirit of Spain. This concert will feature Bizet’s Carmen, which has stood the test of time, weaving vivid storytelling into carefully crafted orchestration to convey powerful and honest emotion. Audiences will also get to enjoy Ravel’s one-movement orchestral showpiece Boléro which introduces a repetitive, hypnotic rhythm that gradually builds to a shattering climax, bringing the piece to an exultant conclusion. This evening of Spanish flair is not to be missed!

The 2019 Off the Map International Theatre Festival begins with a “strikingly beautiful” ( New York Times) tale of the forgotten story of Mozart’s genius sister. This haunting melodrama, underscored by original music, is performed on and in a stunning 18-foot dress and dives deep into the life and history of “the other Mozart.” Recommended for ages 12+.

The Man Who Planted Trees

Jean Giono’s environmental classic comes to life in this Puppet State Theatre Company production filled with “laughs, heartbreak, war, regeneration, scented breezes, sparkling wit and the best puppet dog ever” ( The Guardian). Children and grown-ups will be enthralled with this inspiring and hilarious tale that shows us the difference one man (and his dog!) can make in the world. Recommended for ages 4+.

VOCES8 is a British vocal ensemble whose singing has been described as “impeccable in its quality of tone and balance” ( Gramophone). The group performs repertoire from Renaissance polyphony to contemporary commissions and arrangements. VOCES8 inspires people through music, with versatility and a celebration of diverse musical expression at the center of the ensemble’s performance ethos.

With its technical and interpretive talents matched by an infectious joy for music-making and “rampaging energy” ( The New Yorker), the Danish String Quartet is in demand worldwide. The group’s 2017 recording, Last Leaf, was named one of the best classical music albums of the year by the New York Times, Spotify, NPR, and more. This ensemble elegantly combines fine chamber music with a fresh folk music energy, creating an experience that classical music fans will not want to miss.

Cirque Éloize brings the Wild Wild West to life in Saloon, a musical acrobatic show featuring original choreography and live folk music, including favorites by Patsy Cline and Johnny Cash. Enter a dynamic world where theatre and circus collide, as eight acrobats and three musicians tell the story of a young protagonist who is under the spell of the saloon’s beautiful Belle. His adventure leads us through one of the greatest action-packed theatrical thrill rides ever to be on a BYU stage!

As one of the world’s leading brass quintets, Canadian Brass joins us in its 48th season of genre-bending versatility and lively performances. This game-changing group has performed on major concert stages and on television, has sold two million albums worldwide, and has contributed nearly 600 new works to the brass quintet repertoire. Not only does the group possess numerous accolades within the music world, these five musicians also maintain the creativity, good humor, and love of performing that is their hallmark. Audiences at BYU will get a special treat as BYU Wind Symphony joins this ensemble for a fun and unforgettable evening.

Hailed as “one of the most dynamic dance troupes in the country” ( Oregon Public Broadcasting), NW Dance Project performs new contemporary dance works by accomplished choreographers from around the world. Artistic director Sarah Slipper achieves the group’s mission of “moving dance forward” by constantly working on new pieces. Under Ms. Slipper’s leadership, NW Dance Project captivates audiences with their innovative works, exhibiting exceptional talent and a commitment to dance making that never fails to inspire. 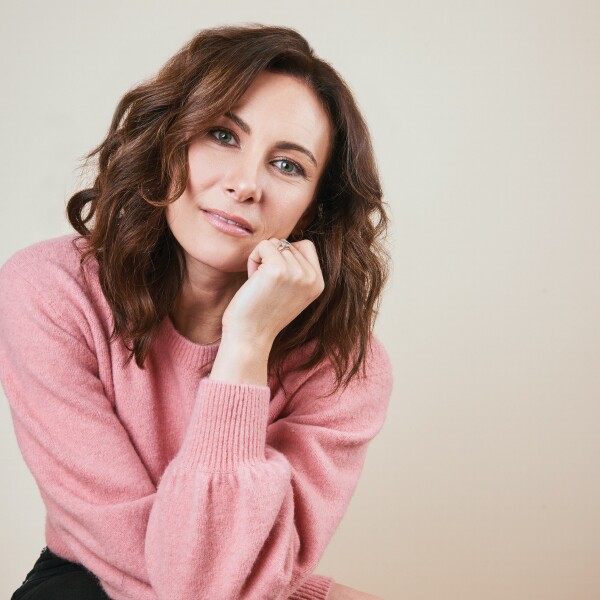 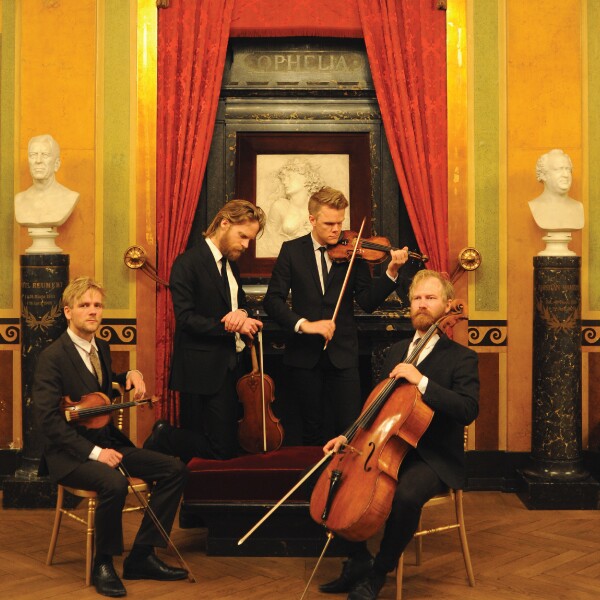 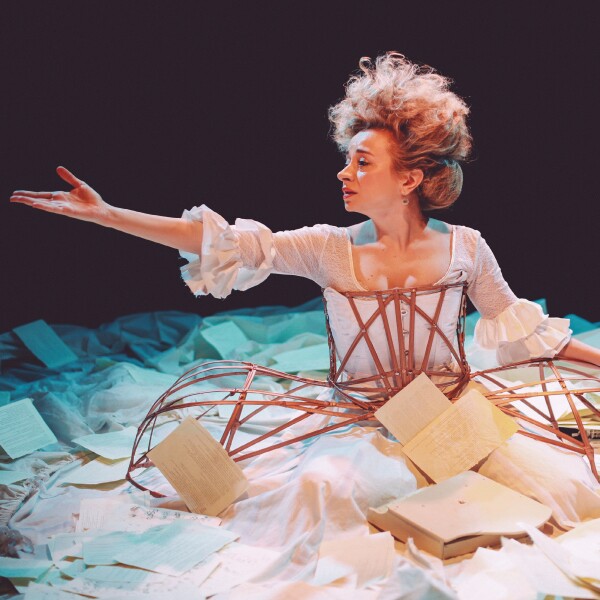 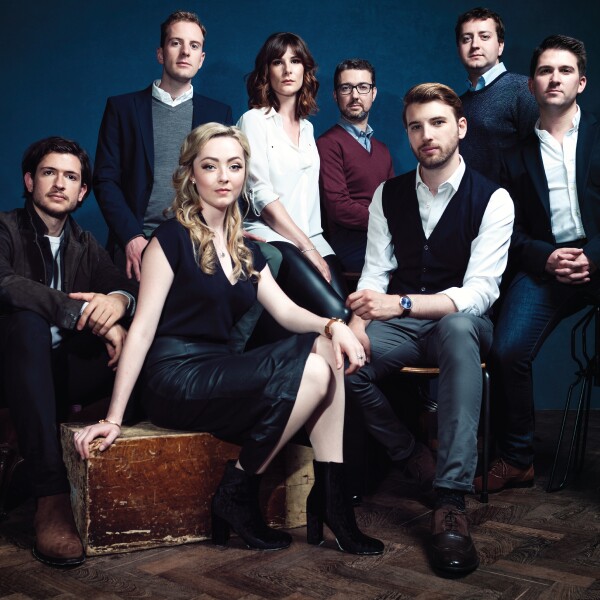 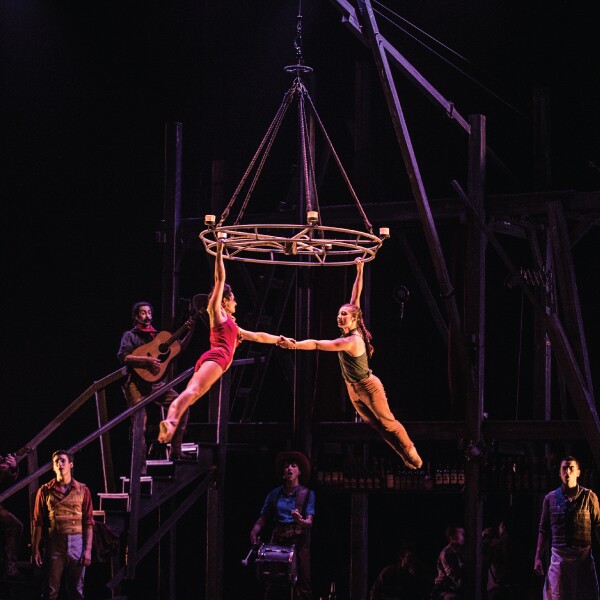 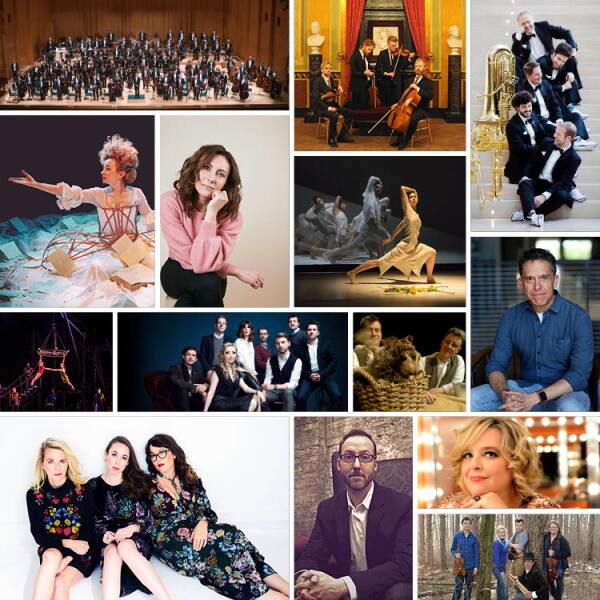 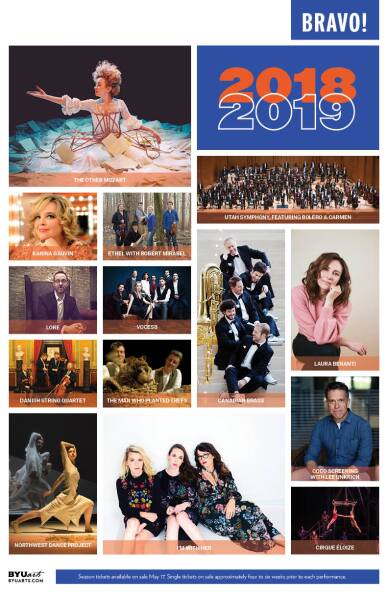 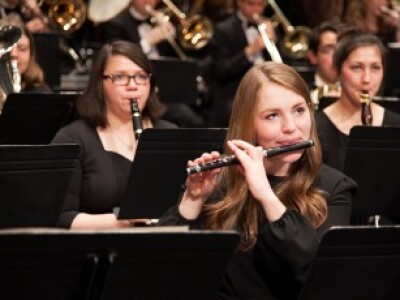