After schools were shut down during China’s Cultural Revolution, a 10-year effort in the 1960s and ’70s to squash capitalism and promote Communist ideology, Jiamin Huang’s parents sent her from their home in southwestern China to a local song-and-dance troupe in hopes of giving her, she said, “a chance to survive.”

She did more than survive: she found a home in dance, and a few years after the end of the revolution, she was selected to be a dance education student at the Beijing Dance Academy, China’s Juilliard equivalent. Now Huang, who recently retired after more than 20 years in BYU’s Dance Department, is being recognized by her home country for contributions she made in enhancing friendship and cultural awareness between China and the United States.

In a ceremony that took place in Beijing and will be broadcast this month on China Central Television (CCTV), Huang received the Light of China Award, joining such past recipients as pianist Lang Lang, Nobel Prize-winner Mo Yan and basketball player Yao Ming.

The Light of China Award is currently considered the most prestigious honor awarded by the nation to one of its citizens living outside the country. It was first awarded in 2012 and its sponsors include the State Ministry of Culture, the Press Office of the State Council, the Overseas Chinese Affairs Office, the State Administration of Radio, Film & Television and CCTV.

Huang moved to Utah in 1993 with her husband, Lizhong Geng, who was getting his Ph.D. at BYU. She originally intended to stay just a few months then return to her dance education career in China, but watching a dance concert in the de Jong Concert Hall shifted her plans.

“There were five or six performing groups and over a hundred students on the stage,” she said. “Spectators kept cheering and applauding so long that I began to ask myself, what were the teaching concepts and methods of dance education that could have cultivated such passionate dancers and so many dance fans?”

Ultimately she decided to step down as a dance professor in China, earn an M.A. in dance at BYU, and stay on to teach. And over the next 20 years, she taught thousands of students Chinese contemporary and folk dance, led a China dance study abroad program six times, hosted a Chinese Leadership in Arts Education Conference five times, and facilitated countless other cultural experiences for students and professors from both BYU and Chinese universities.

“I believe that sharing and learning from each other’s culture can benefit students from both sides and enhance their cultural awareness,” she said. “Only through mutual learning and understanding through perseverance can we reduce misunderstanding, friction and conflict.”

Holman, who co-coordinated one study abroad with Huang, credits her with teaching him both about Chinese culture and views on movement and dance. “Jiamin inspired me to look beyond the obvious,” he said. “She has an ability to look at layers of art that make it much more meaningful. As you look at a faculty pool in a department, you hope to have lots of different viewpoints, and Jiamin brought that.”

Sara Lee Gibb, former dean of the College of Health and Human Performance and former Dance Department chair, traveled with Huang to China in December and gave the presentation speech for her award. Gibb called Huang “a gifted teacher and an exquisite performer” — as well as “an incredible ambassador for BYU.”

Huang has now accepted an invitation to teach for one year at the Beijing Dance Academy and has been invited by several other Chinese universities to teach and research. She is also planning to publish a book, American Dance Education in its Theory and Implementation, later this year. 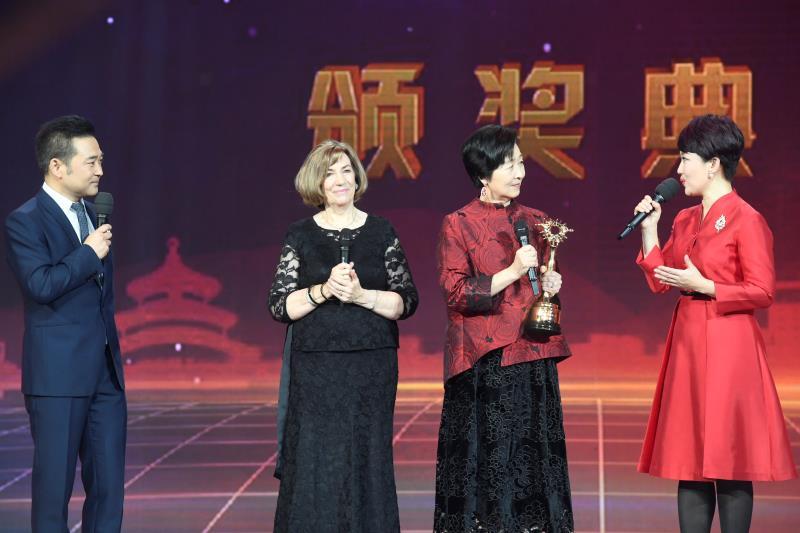 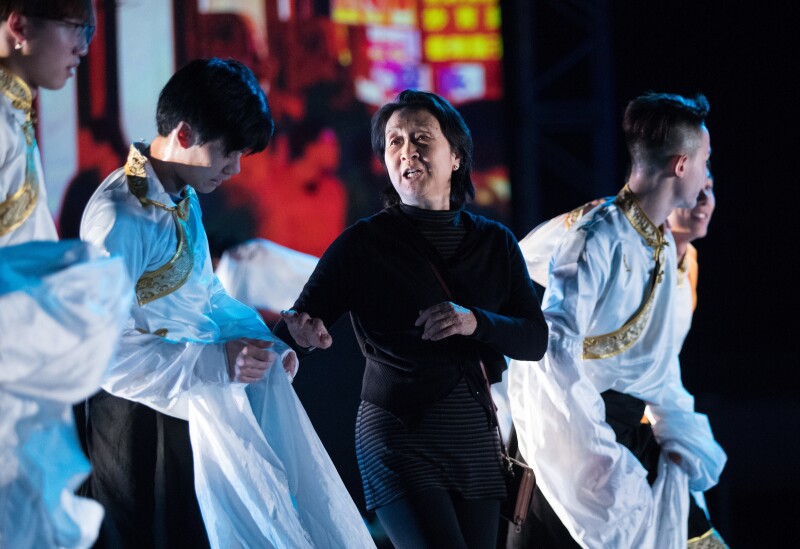 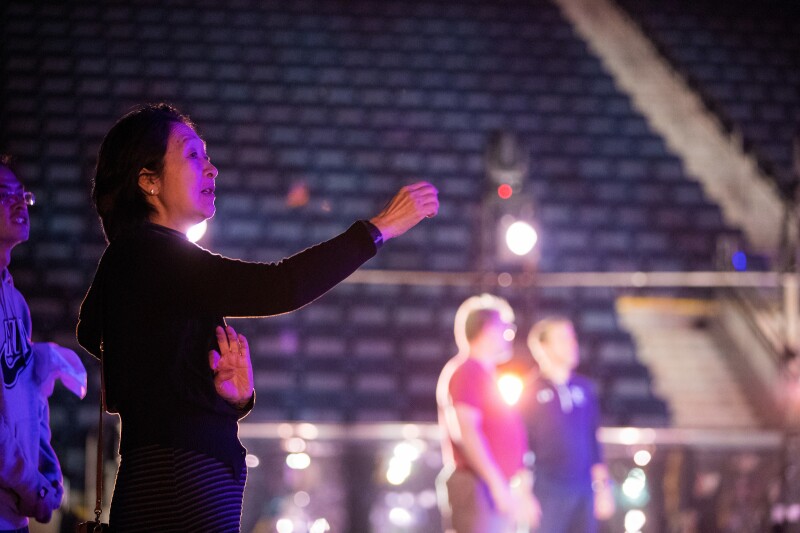 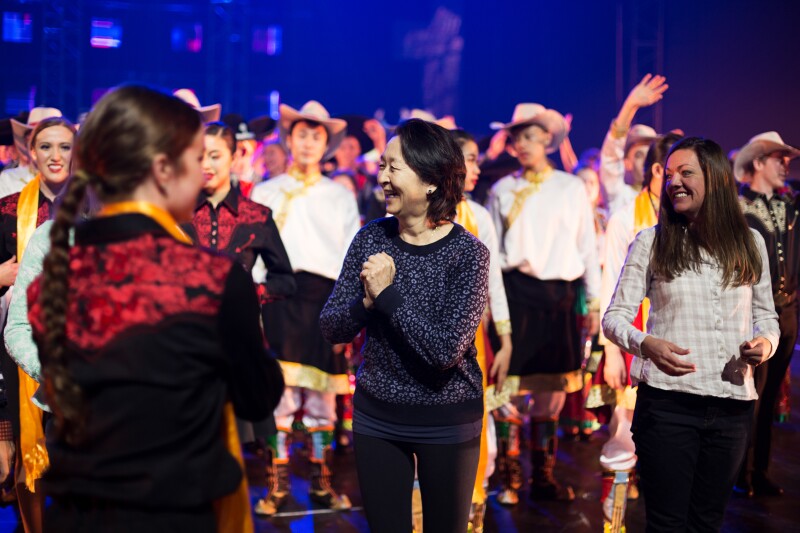 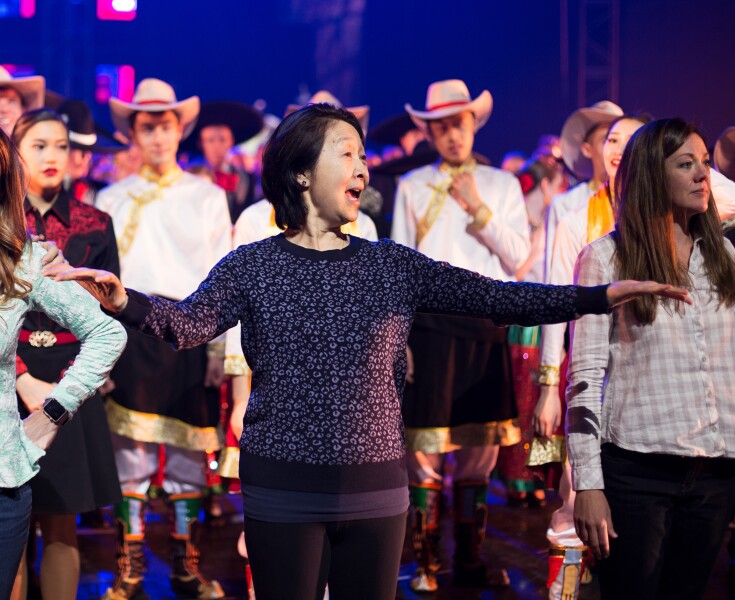