A senior studying broadcast journalism, Borget will receive $10,000 along with an all-expense-paid trip to RTNDF@NAB, the Radio-Television News Directors Association’s annual conference and exhibition in Las Vegas in April 2008. The conference gives participants an inside look at the latest in broadcast technology.

“The competition for the scholarship is quite vigorous,” said Barbara Cochran, president of the association. “It’s a real honor to those who receive it.”

Borget has received a number of awards, including a $20,000 scholarship in 2006 given to BYU’s broadcast journalism emphasis by the National Association of Broadcasters Education Fund, recognizing the program as one of the top 10 in the nation. She has completed a number of internships in Utah as well as her home state of Georgia.

Ed Bradley, best known as a former 60 Minutes correspondent at CBS News, won 19 Emmy Awards, received a Lifetime Achievement Award from the National Association of Black Journalists and was the first black television correspondent to cover the White House.

“I had the opportunity to speak to Ed Bradley just before he died,” said Cochran. “He told me how proud he was of the past recipients, and thought it to be very important to lend a helping hand to journalists following behind him.

Prior to his passing in 2006, Bradley created an endowment for the scholarship, making it possible for the RTNDF to continue granting the award. This year’s selection was made by Bradley’s widow, Patricia Blanchet Bradley.

RTNDF, a part of the Radio-Television News Directors Association, is committed to providing opportunities for those working in and aspiring to journalism professions. For more information on RTNDF, please visit http://www.rtnda.org/asfi/index.asp. 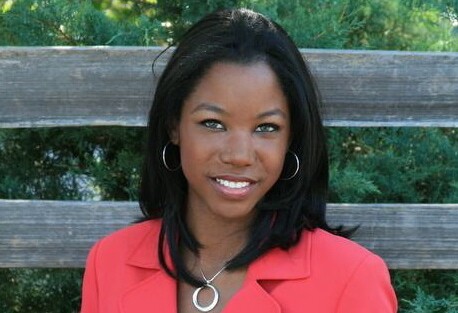 2 of 2
borget.jpg
Mark A. Philbrick/BYU Photo
1 of 2
Download this Gallery By clicking this link you agree to our Terms & Conditions
Related Articles
data-content-type="article"