Bonding with a dog sounds like the perfect remedy for children who have lost their trust in people, and BYU undergrad Trisha Markle wants to quantifiably confirm whether the practice works.
A senior majoring in psychology, Trisha’s mentored research project examines the impact of animal-assisted therapy for children suffering from reactive attachment disorder.

The pilot study she’s co-managing with staff at the Utah State Hospital involves two dogs and a team of handlers that support therapy for children under the age of 10. Trisha supervises the video crew that records and categorizes the children’s behavior, facial expressions and interactions during therapy sessions.

Children struggling with reactive attachment disorder tend to have a history of abuse or neglect.  Smiling and initiating conversation often do not come naturally. That’s where dogs come into the picture.  The children are taught the way dogs express emotional cues and spend time playing with them, eventually training them to do tricks. Each child is given one-on-one time with a dog.

“The kids are nervous at first, but come to really like the dogs and ask about them when the dogs aren’t there,” Trisha said.  “One student was very quiet and shy at the beginning, and now he’s opened up and is more energetic.”

BYU psychology professor Gary Burlingame serves as Trisha’s mentor. Burlingame and several colleagues at BYU are recognized for developing reliable systems to track the progress – or lack thereof – of mental health patients. Trisha also has a mentor in Kaylyn Ellis, who oversees programming for the therapy at the Utah State Hospital.

Animal-assisted therapy is widely practiced, and there is no shortage of anecdotal evidence of its success, but what makes Trisha’s project unique is the quantitative data it will provide through coding and evaluation.

When the pilot study wraps up this fall, Trisha and her two mentors will launch a full-scale study. This will be the first systematic examination on the impact of animal-assisted therapy for reactive attachment disorder.

Trisha has a mixed-breed dog of her own back home in the Tri-Cities, Wash.  After graduating from BYU, she wants to pursue a Ph.D. in clinical psychology.

ORCA is accepting applications through October 29. Click here to apply. 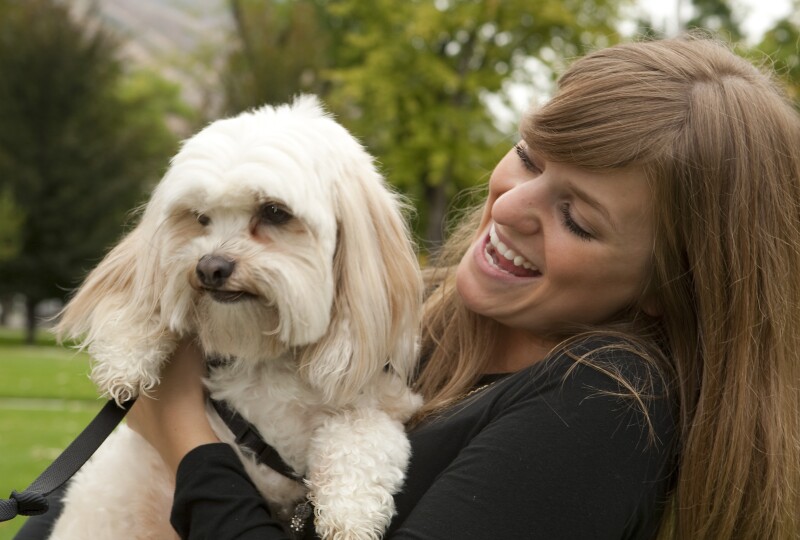