Living Legends to perform "Seasons" at BYU Feb. 8-9 and March 27

Using authentic choreography, intricate costumes and live music, Brigham Young University’s Living Legends will bring to life the beauty of traditional cultures often forgotten in today’s modern world in their performance of “Seasons” on Friday and Saturday, Feb. 8-9, and again on Thursday, March 27.

The performance will begin each night at 7:30 p.m. in the de Jong Concert Hall. Tickets are $10 for general admission or $7 with a BYU or student ID and can be purchased at the BYU Fine Arts Ticket Office, by calling (801) 422-4322 or by visiting performances.byu.edu.

From the graceful Hawaiian Hula and Mexican Fiesta dances of celebration to the excitement and beauty of a Native American Powwow, “Seasons” reflects the cycle of civilization. The dances portray the changing seasons experienced by ancient cultures, weaving together legends of the past with the reality of today.

All the performers are of Native American, Latin American or Polynesian heritage. The group’s expression of its members’ cultural traditions encourages audiences to better themselves.

Living Legends has toured worldwide in places such as China, the Pacific Islands, Australia, Canada, Europe and South America. This April and May, the group will go on an extended tour to Chile. Their most recent tour took them on a three-week visit to Iowa, South Dakota, North Dakota and Canada, where they performed at Indian reservations.

Living Legends to perform "Seasons" at BYU Feb. 8-9 and March 27 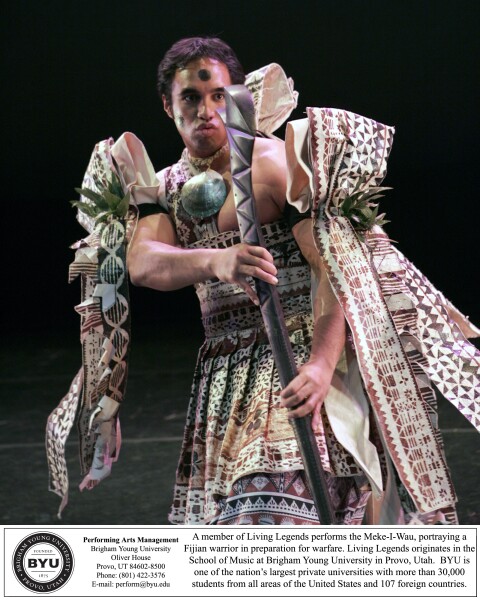 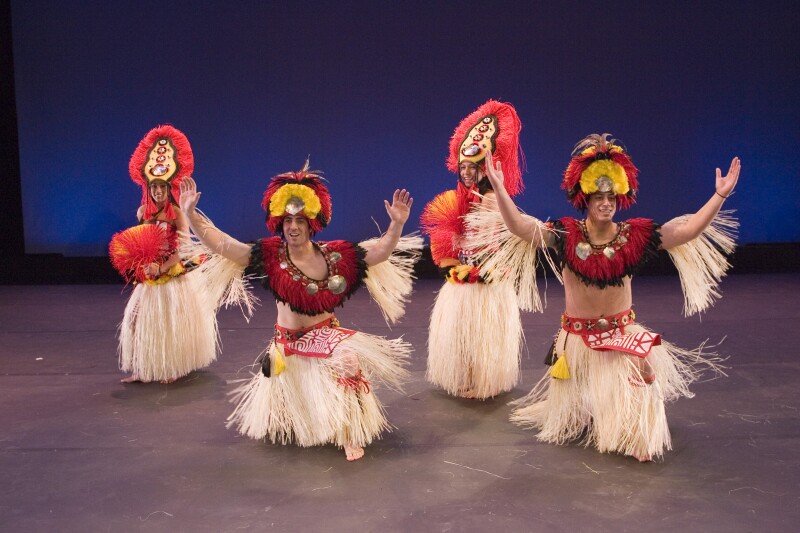 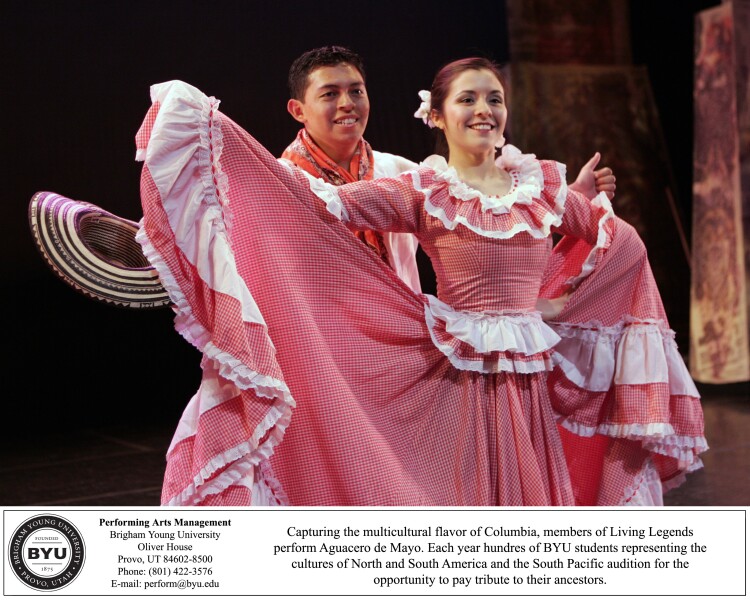 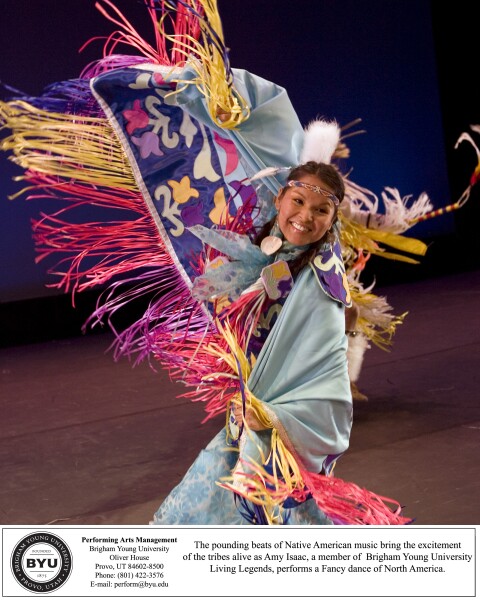 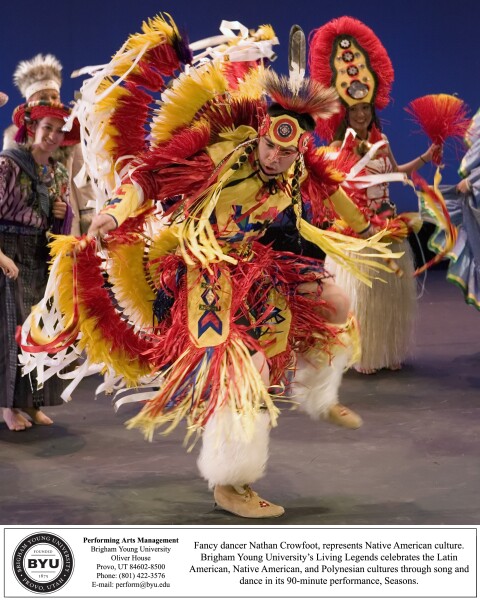 5 of 5
0602-27848.jpg
Mark A. Philbrick/BYU Photo
1 of 5
Download this Gallery By clicking this link you agree to our Terms & Conditions
Related Articles
data-content-type="article"