The Brigham Young University 2016-17 BRAVO! Professional Performing Arts Series opens Sept. 2 and 3, at 7:30 p.m., with two special performances from Leslie Odom Jr., Tony Award-winning star of the hit musical Hamilton. Odom makes his Utah concert debut—backed by a live band on a program of smooth jazz and classics from the American songbook—in the de Jong Concert Hall of the Harris Fine Arts Center. Odom was originally scheduled to perform only one night, but tickets immediately sold out for Friday’s performance. Tickets for the Saturday night performance are on sale now.

Kristin Chenoweth, originally scheduled to open the BRAVO! Series,  is now scheduled  for May 19-20, 2017, due to an unexpected scheduling conflict with her film schedule. All tickets will be honored for the new dates.

"We understand going into these things that these people have busy schedules and have a lot of commitments to juggle," BRAVO! series presenter Jeff Martin said. "She had a TV commitment that was extended longer than expected and wasn't going to allow her to do the concert."

Moving Chenoweth's appearance opened the door to Odom, who happened to be finishing his contract with Hamilton. Odom’s powerful voice and bold portrayal of Aaron Burr garnered universal accolades in Lin-Manuel Miranda’s acclaimed retelling of the story of America’s Founding Fathers on Broadway this year.

Odom made his Broadway debut at the age of 17 in Rent before heading to Carnegie Mellon University’s prestigious School of Drama. He graduated with honors and went on to receive several awards including the 2012 Astaire Award for Outstanding Male Dancer on Broadway.

On the small screen, Odom is best-known for his portrayal of Sam Strickland in the NBC musical series Smash, and for his recurring role as Reverend Curtis Scott on Law & Order: SVU. On the big screen, he starred in the 2012 film Red Tails opposite Cuba Gooding, Jr., Terrence Howard and David Oyelowo.

This performance is presented by BRAVO! Professional Performing Arts at BYU, the university’s concert series that hosts world-renowned guest artists from across the globe. 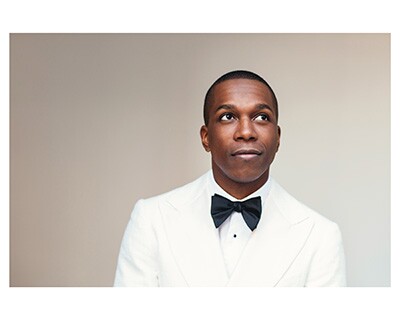 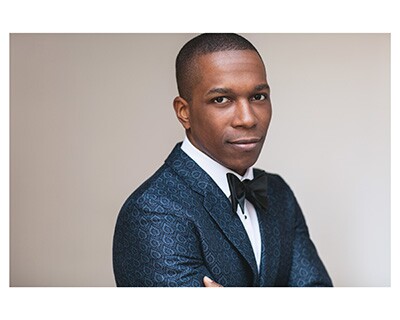 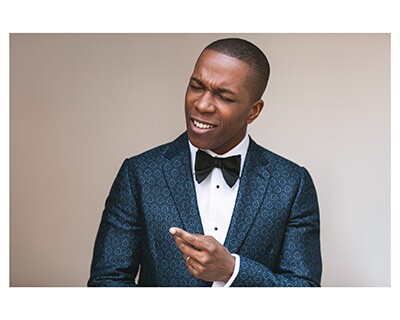