Writer: Riley OliphantTony Award-winning actors, Grammy Award-winning musicians, and celebrated dancers and theatre-makers from ten different countries will come to Provo next season for an unparalleled program of world-class performances. From Broadway legends to chamber music masters and time-honored dance to thrilling circus—there are many treasures to discover during the new season of professional performing arts at BYU.

Season ticket packages will be available for purchase beginning May 11 for renewals, and May 23 for new orders. Tickets for individual events will go on sale approximately four to six weeks before the performance date. Tickets can be purchased in person at the BYU Ticket Office (Harris Fine Arts Center and Marriott Center), by calling 801.422.4322, or online at byuarts.com.

BROADWAY: NOW
With two Tony Awards and an additional five nominations among them, this roster of talent represents some of the most beloved and active musical theatre stars and creators to be found on the Great White Way.

The Emmy and Tony Award-winning actress and singer takes the lead in a spectacular career effortlessly spanning film, television, and stage. In her live concert, the acclaimed star presents an evening of songs from her iconic roles in shows like Wicked, Glee and On the Twentieth Century—as well as popular standards and classics from Broadway, Hollywood and beyond.

The Grammy Award-winner and Tony-nominated composer of the musicals The Secret Garden and Doctor Zhivago sits down for an intimate discussion of her acclaimed songwriting career and her life on stage, intermingled with live performances of her most beloved songs. Broadway vocalists to be announced.

The Tony Award‐nominated composer (The Count of Monte Cristo, The Scarlet Pimpernel, Jekyll & Hyde) and pop music songwriter returns to BYU with a live band and professional soloists for a journey through his celebrated catalog of hits and show tunes. Broadway vocalists to be announced.

CLASSICS
Timeless classical music shines brightly at the hands—and voice—of some of the greatest concert artists of our day.

The Grammy Award‐winning mezzo‐soprano, celebrated for her “glamour, charisma, intelligence, grace, and remarkable talent” (The New York Times), takes to the stage with the Yale School of Music’s esteemed quartet‐in‐residence for a program of familiar and contemporary classical treasures.

For the explorer in each of us, the Utah Symphony, conducted by Thierry Fischer, transports us to another time and place with their performance of Dvorak’s New World Symphony, featuring what many consider to be one of the most beautiful melodies in all of classical music.

Founded in 1988, this quintet continues to astonish audiences worldwide with its range of expression, tonal spectrum and conceptual unity. The ensemble has succeeded in virtually redefining the sound of the classic wind quintet. Program highlights include works Gyorgy Ligeti’s Six Bagatelles, Franz Hanzi’s Quintet in F‐Major and Paul Hindemith’s Kleine Kammermusik.

Founded in 1984 by the principal concertmaster and string section leaders of the Berlin Philharmonic Orchestra, this ensemble has established itself as one of the world’s premier string quartets with its extensive history of international concerts and large and diverse discography. Highlights of the group’s BYU recital include performances of celebrated string quartets by Mozart, Shostakovich and Beethoven.

BAROQUE RE/VISITED
Starring the music of Bach, Handel and Vivaldi, this trio of performances explores some of the most beautifully textured classical masterworks from the Baroque music canon.

Some of the most moving and spiritual compositions for a solo instrument in history, Bach’s Suites for Unaccompanied Cello (1717‐1723) take on new life in a program offering a brilliant musical variation on the concept of A Moveable Feast. The acclaimed Israeli‐American cellist combines each of Bach’s beloved works with newly‐commissioned suites by Philip Glass, Du Yun, Vijay Iyer and others.

Celebrated for its passion and precision, this London‐based chamber choir returns with soloists, for an intimate staging of George Frideric Handel’s timeless and glorious oratorio honoring the life and mission of Jesus Christ. Former King’s Singer Nigel Short conducts the performance, which also includes the BYU School of Music’s Baroque Ensemble, University Singers and Concert Choir.

Since its establishment in 1997, this acclaimed orchestra has become recognized as one of the very finest period instrument ensembles in the world and has appeared in more U.S. cities than any other Baroque orchestra in history. Acclaimed Scottish violinist Nicola Benedetti joins the ensemble for a dynamic performance of Vivaldi’s masterpiece, The Four Seasons.

MUSIC + MOTION
This eclectic mix of jazz, world music, dance, and circus captures the variety and fun of the sounds and stories of today’s global community.

A collaboration between jazz’s most intense band and one of the genre’s foremost singers should prove to be anything but standard in this special line-up that looks beyond the Great American Songbook and enables the band to perform a variety of material in new and exciting ways.

A thoroughly addictive combination of musical styles reflects the diverse roots of this group hailing from the ethnic nomadic cultures of Inner Mongolia. Combining throat singing and long song with a wide range of musical instruments, Anda Union brings the region’s old and forgotten music to life as never before.

Public radio’s beloved program, one of the premier reading series in America, comes to Provo! One theme, three actors, and a variety of short stories (sometimes classic, sometimes new, always interesting) by today’s most exciting contemporary fiction writers take center stage in this dynamic storytelling performance. Stories and actors to be announced.

Make the season bright with a joyful mix of Christmas classics and popular hits when this hometown pop star and classically trained tenor share the stage for a very special concert to get the holiday season started.

Noam Pikelny has emerged as the preeminent banjoist of his generation, and the greatest color‐blind banjoist of all‐time. Hailed by the Chicago Tribune as the “pros’ top banjo picker,” Noam is a founding member of Punch Brothers, a string ensemble which the Boston Globe calls “a virtuosic revelation” and the New Yorker describes as “wide‐ranging and restlessly imaginative.”

Founded in 1946 by José Limón and Doris Humphrey, the Limón Dance Company has been at the vanguard of American modern dance since its inception and is considered one of the world’s greatest ensembles. The company’s repertory is unparalleled in its breadth and includes classic works along with new commissions from contemporary choreographers.

With a multi‐talented cast of dancers, actors, mimes and comedians, Prague‐based Cirk La Putyka is one of Europe’s most pioneering physical theatre companies. Set to the music of Mozart, Handel, Shostakovich and others, Slapstick Sonata is an absurd yet poetic theater piece without text or words. Visual poetry meets physical comedy with a dash of contemporary circus in this glorious explosion of color, humor, movement and silliness.

OFF THE MAP
BYU’s fourth-annual international theatre festival welcomes a single company with two productions–one a returning favorite, the other a Utah premiere–for a unique double-bill of innovative theatrical storytelling from the land Down Under.

Puppetry, mask, animation and live performance merge seamlessly in this epic western about an old man and his noble tent who go wandering together into the wild. Inspired by experiences and research into Alzheimer’s and Sundowner’s Syndrome, the play is a heartfelt, fearless, and inventive voyage about aging, getting lost and trying not to be found.

Encore engagement! This multi award‐winning one‐man micro‐epic puppet show melds technology and multimedia into a touching story of enduring love and the end of the world. Created by Tim Watts, this solo performance employs a unique blend of live animation, mime, puppetry, live and recorded music to present an exploration of the next and oldest frontier: the deep blue sea. 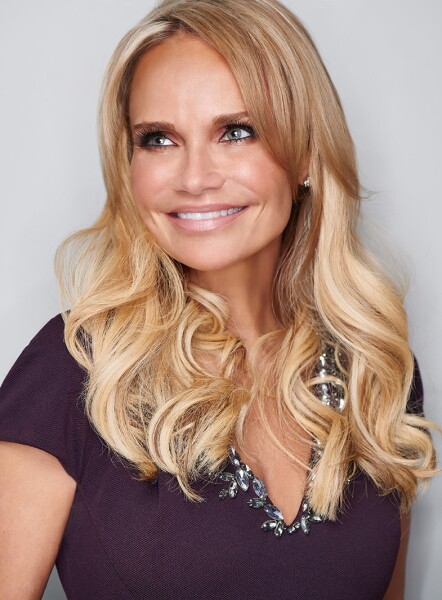 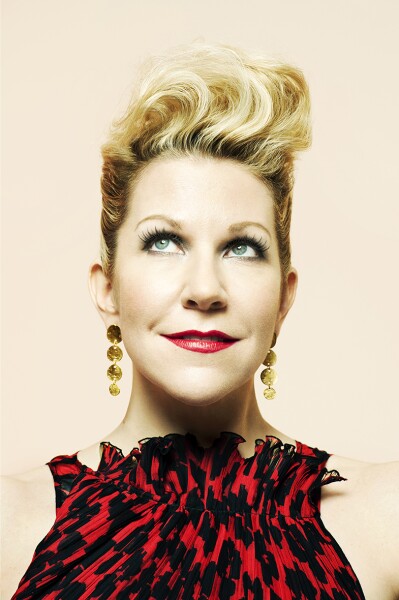 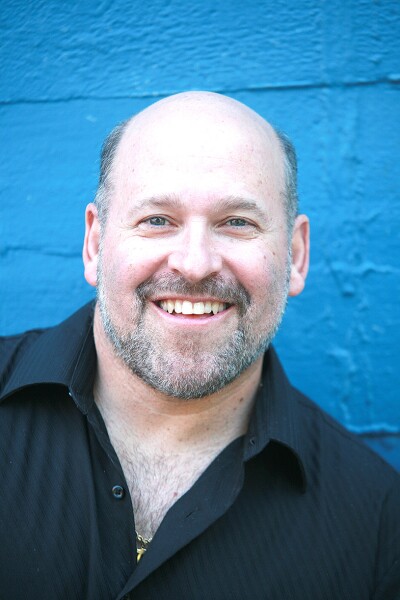 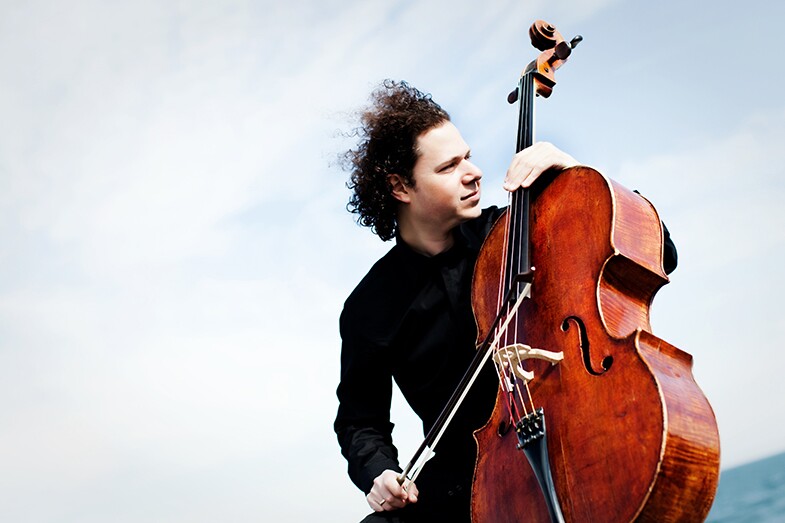 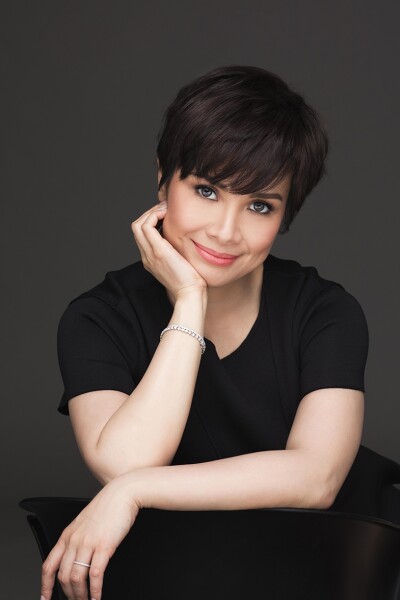 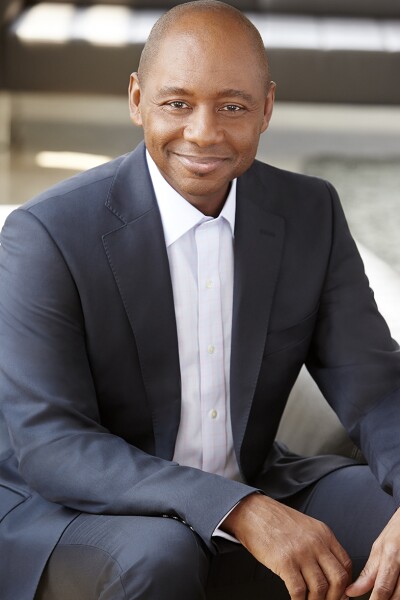 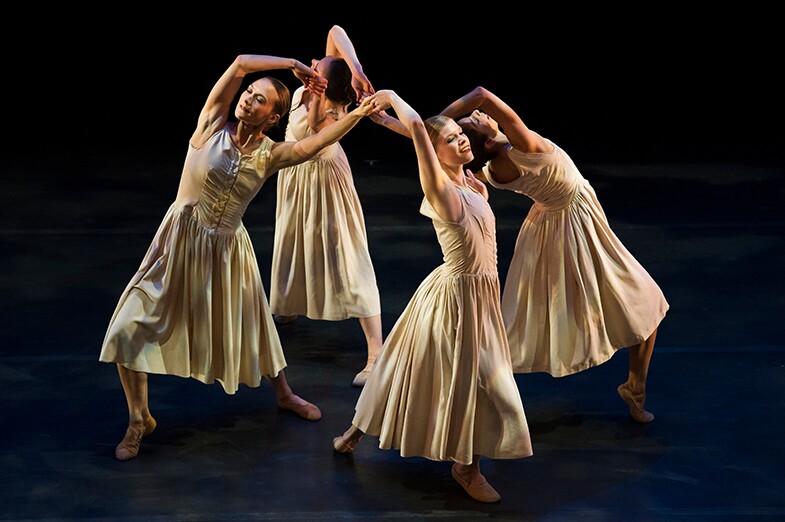 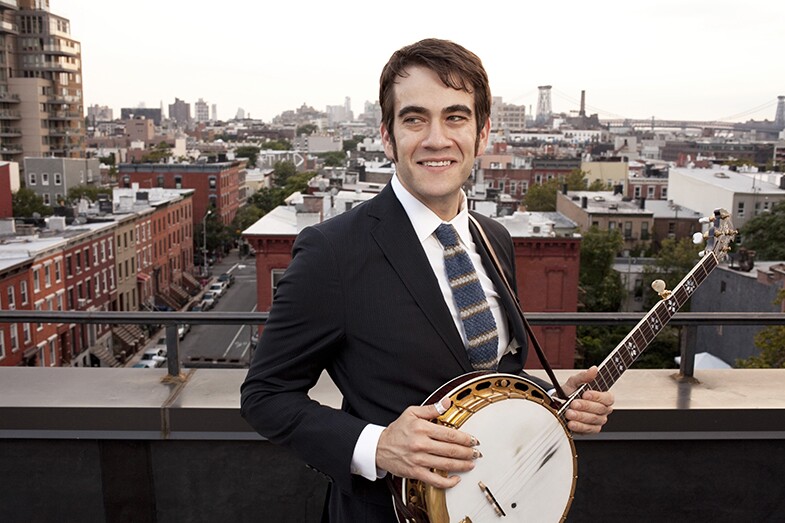 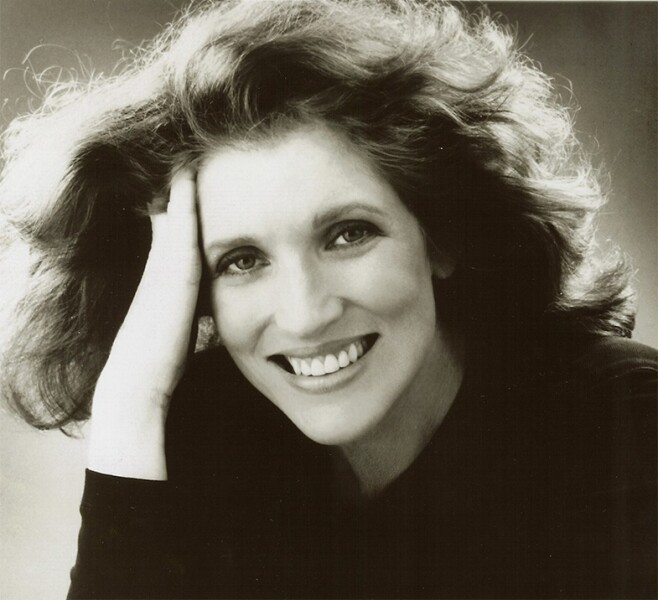 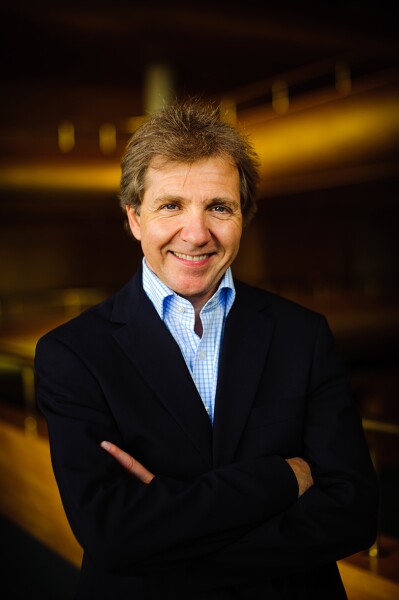 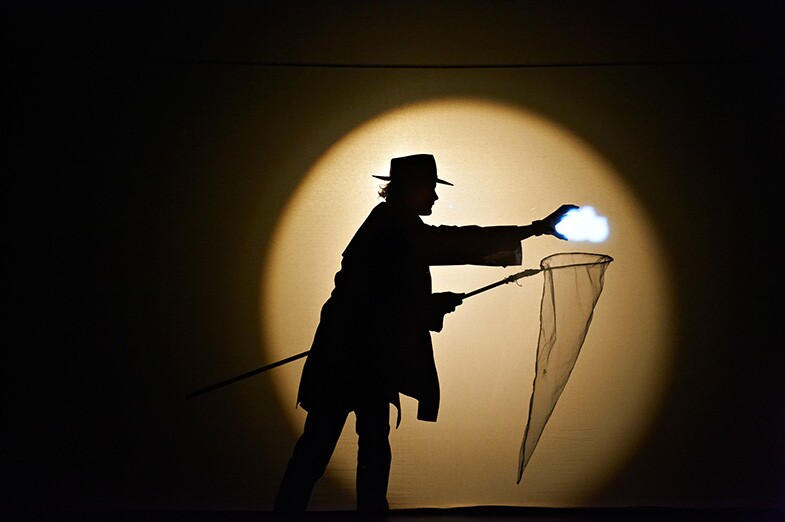 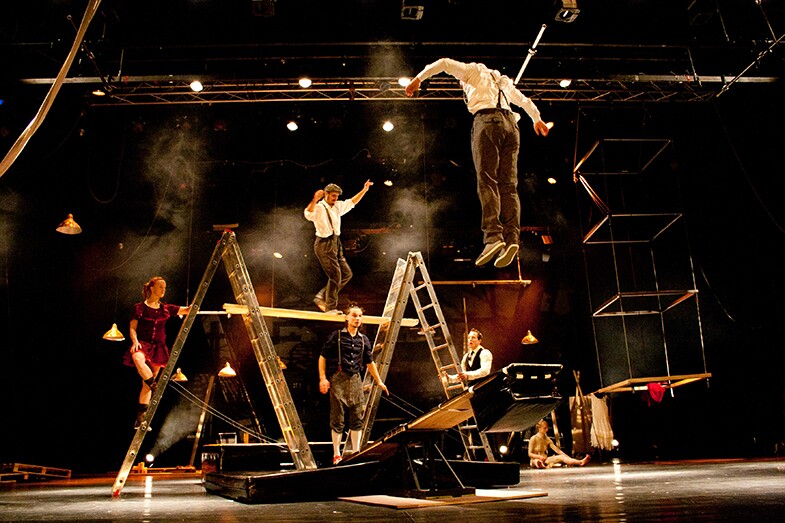 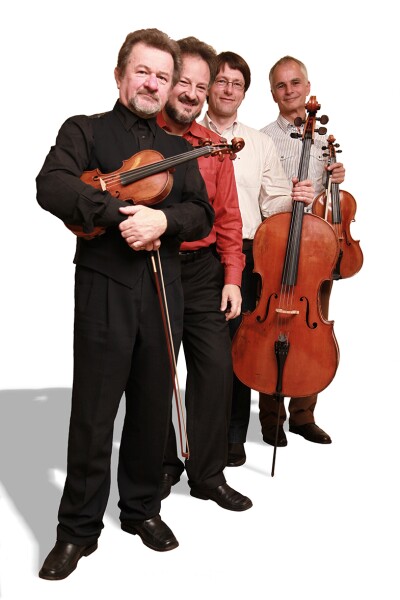 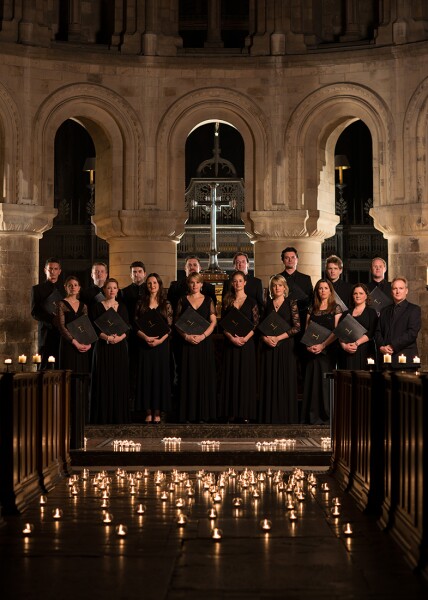