The Utah Symphony has a long relationship with the BRAVO! Professional Performing Arts series and has performed as part of the BRAVO! series more than any other ensemble.

“We have some tremendously exciting performers joining us on the BRAVO! series this semester,” said BRAVO! Producer Bridget Benton. “We are starting the year off right, with the incomparably talented Hilary Hahn. Hearing her perform Dvorák’s concerto with the Utah Symphony promises to be stunningly beautiful evening.”

In addition to Dvorák’s violin concerto, the symphony will perform selections from Dvorák’s “Slavonic Dances” as well Haydn’s Symphony No. 8 “Le Soir,” as a continuation of the symphony’s “multi-season study of the early Haydn symphonies.”

Hahn began playing the violin at age 3, quickly progressed and was admitted into the Curtis Institute of Music in Philadelphia at age 10 to study with Jascha Brodsky. She completed her university requirements at age 16 after making several solo appearances with professional symphony orchestras throughout the country. Hahn continued her university studies through languages, literature and writing before receiving her bachelor’s degree at age 19. Since her first full recital in 1990, Hahn has led an expansive career that includes numerous residencies throughout the world, 16 albums and three Grammy awards. 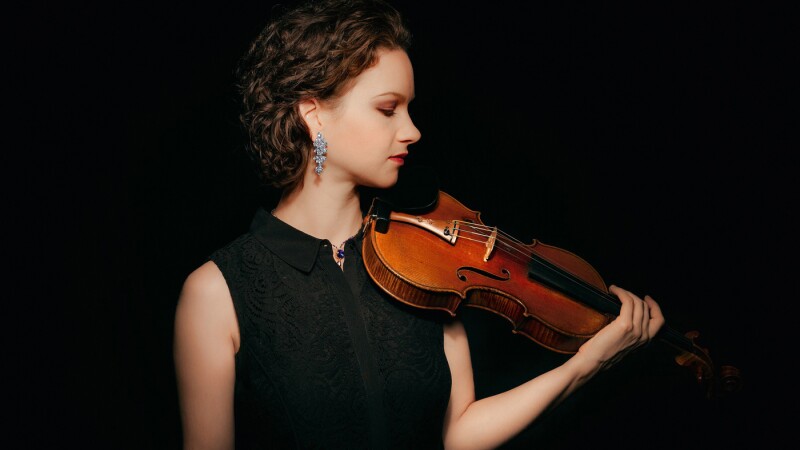 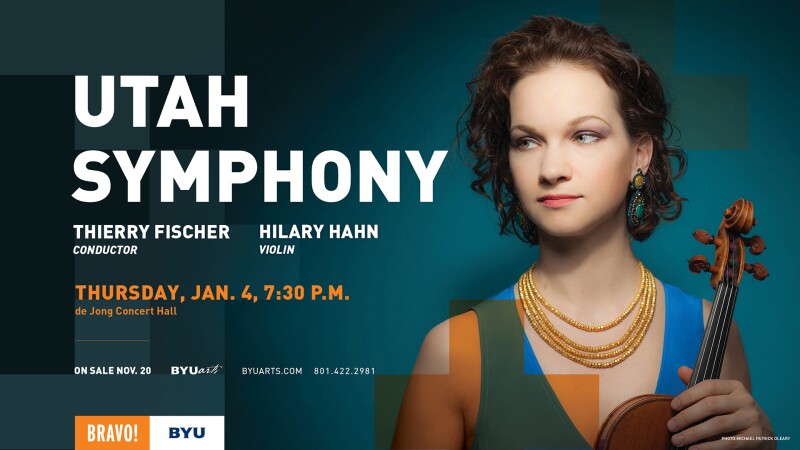 2 of 2
BRAVO! poster for Hilary Hahn and the Utah Symphony
Michael Patrick O'Leary
1 of 2
Download this Gallery By clicking this link you agree to our Terms & Conditions
Media Contact: Natalie Ipson
Related Articles
data-content-type="article"