Genetic cause for migraines found

Discovery has personal meaning for one scientist

As a teenage student athlete, Emily Bates hated never knowing when the next migraine would strike, disrupting her schoolwork, practices and competitions.
Now it’s payback time.

The BYU chemistry professor published research this week in Science Translational Medicine that identifies mutations in a gene that makes people more susceptible to migraine headaches. The study is the first demonstration of a genetic cause for the common migraine and is an important step in the search for a cure.

“I had migraines really frequently and severely,” Bates said. “I would lose my vision, vomit uncontrollably – it would wipe out an entire day. I decided then as a high school student that I was going to work on migraines, that I was going to figure them out and help find a cure.”

Her last migraine happened the day before a marathon she planned to run in October 2003. Though her migraines eventually stopped, she didn’t.

After earning a Ph.D. in genetics from Harvard, Bates did post-doctoral research with a team of geneticists at UC San Francisco’s medical school. This gene hunting party worked with two families that appeared to have a dominantly inherited form of the affliction.

The researchers zeroed in on genetic mutations these families had in common – mutations that affect production of a protein known as casein kinase delta. To test whether this was a cause or a coincidence, Bates designed an experiment to determine whether the same genetic trait led to migraine symptoms in mice.

“All sensations become amplified with migraines, including touch, heat, sound and light,” said Bates, who continued work on the project when she took a position at BYU in 2009.

The researchers observed this heightened sensitivity in the migraine mice in very subtle ways – from the warmth of a tiny light and the pressure of a single hair-like filament.

“It’s a molecular clue,” Bates said. “Now we can try to figure out what this specific protein affects in the body and how that is involved with migraines.”

Nearly 12 percent of Americans experience at least one migraine each year. Women are three times more likely to suffer from migraines.

Thankfully a teenage girl decided to use her brain to fight the headaches.

“There haven’t been a lot of people working on migraine research, mostly because it’s so complex and unpredictable,” Bates said. “This represents a lot of work to find and see the differences.”

Genetic cause for migraines found 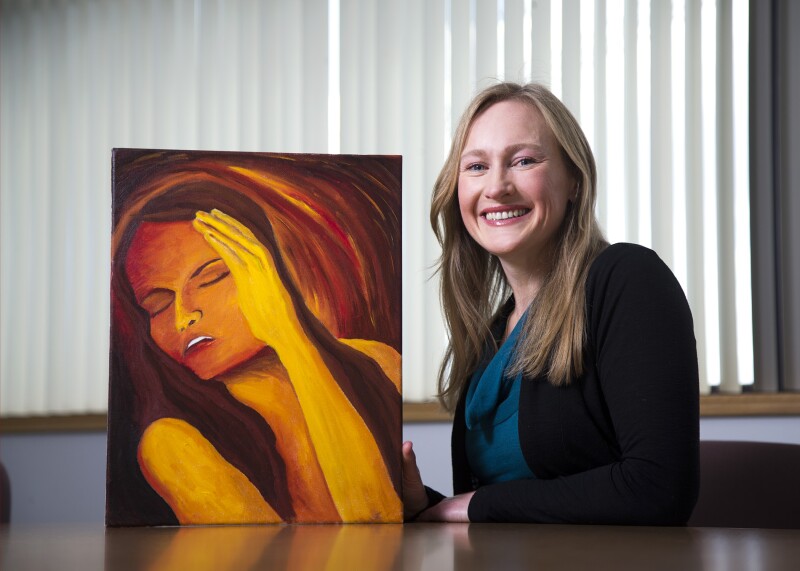 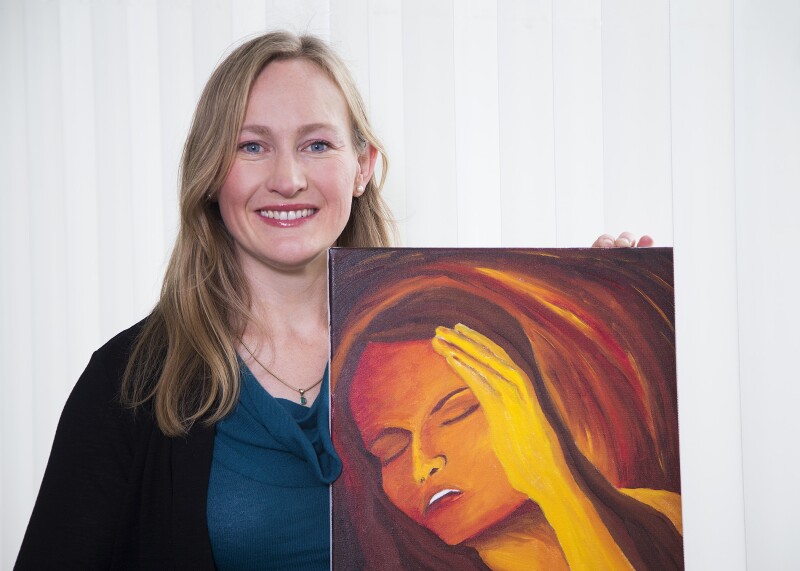 3 of 3
1209-09 050.jpg
Mark A. Philbrick/BYU Photo
1 of 3
Download this Gallery By clicking this link you agree to our Terms & Conditions
Media Contact: Joe Hadfield
Related Articles
data-content-type="article"