Radio advertisements tell you to replace your mattress every eight years because your bed is surely crawling with microscopic eight-legged creatures called dust mites.

It’s a terrifying thought. Dust mites are creepy-looking eyeless bugs that can affect your immune system, worsen symptoms for those with asthma, and exacerbate dermatitis and other diseases.

But BYU researchers have good news for Utahans and others who live in semi-arid climates: The commercials are wrong.

What Johnston and BYU Microbiology and Molecular Biology professor Scott Weber found out is that the humidity levels in arid climates such as Utah are generally too low to sustain dust mites—even when homes are made more humid with evaporative (swamp) coolers.

Their study of 46 Utah County homes, recently published in PLOS One, found swamp coolers do raise indoor humidity levels significantly compared to central air systems, but they didn’t reach the level needed to provide enough moisture for high levels of dust mites to live. (Mites get water by absorbing it from the air.) Researchers measured humidity levels and collected dust samples from mattresses and upholstered furniture, as well as the floor next to beds and furniture.

In other words, there aren’t many dust mites in your mattresses if you live in the Mountain West, despite what the commercials say.

“We only had one home in the entire study that had enough dust mites to be clinically significant, meaning there might be enough of them to lead to problems with allergies or asthma,” Johnston said. “The overall percentage of any homes that even had low levels of dust mites was only about 20 percent.”

While people can be less concerned about the prevalence of dust mites here in Utah, they should still be aware of them. Heavy exposure to dust mites before the age of 2 is linked to the development of asthma later in childhood.

“The key,” Weber said, “is to keep the relative humidity in your home below 50 percent year-round. This can still be done even if homeowners go the more sustainable, energy-saving route of a swamp cooler.

“It’s important to understand our indoor environment, where we live, is a major determinant of our health,” Weber said. “And fortunately, most of us can control those conditions.” 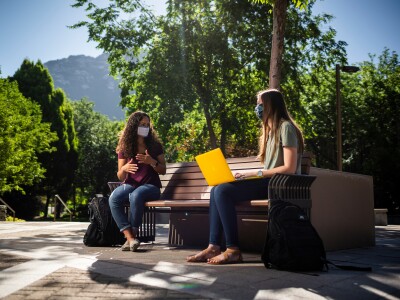