Every Tuesday at 11:05 a.m., students, faculty and staff head to the Marriott Center for the weekly Devotional or Forum address. BYU President Kevin J Worthen and his wife Peggy kick off the semester and are followed by members of the leadership of the Church of Jesus Christ of Latter-day Saints, BYU employees and a range of industry leaders and thinkers. Entertainment assemblies celebrating the talent of BYU Arts round out the semester schedule.

Devotional and Forums are open to the public and most are broadcast and streamed live on BYUtv, Classical 89 FM and BYU Radio, and will be archived on speeches.byu.edu.

About the Fall 2018 Devotional and Forum Speakers

Kevin J Worthen began serving as the 13th president of Brigham Young University on May 1, 2014. He previously served as BYU's advancement vice president and as dean of its J. Reuben Clark Law School, where he is the Hugh W. Colton Professor of Law.

President Worthen was born in Dragerton (now East Carbon-Sunnyside), Utah, and grew up in nearby Price. After serving a mission for The Church of Jesus Christ of Latter-day Saints in Monterrey, Mexico, he earned an associate degree at the College of Eastern Utah (now USU Eastern). He then received his Bachelor of Arts in political science and his Juris Doctorate from BYU.

Following his graduation from the BYU J. Reuben Clark Law School, President Worthen served as a law clerk to Judge Malcolm R. Wilkey of the U.S. Court of Appeals for the D.C. Circuit and Justice Byron R. White of the U.S. Supreme Court. After three years of private practice with the law firm of Jennings, Strouss & Salmon in Phoenix, Arizona, President Worthen joined the BYU law school faculty in 1987. In 1994, he was a Fulbright Scholar at the University of Chile Law School in Santiago. He has published extensively on a number of legal topics, with particular emphasis on federal Indian law and the rights of indigenous peoples.

President Worthen currently serves as an area seventy in The Church of Jesus Christ of Latter-day Saints. He previously served as a stake president, bishop, high councilor and early-morning seminary instructor.

President and Sister Worthen have three children and five grandchildren.

Peggy Sealey Worthen, born and raised in Price, Utah, is the second oldest of five children. She is married to Kevin J Worthen, current president of Brigham Young University.

Early in their marriage, Peggy worked in a number of jobs to support their family as Kevin finished his education and started his career, including as a receptionist for U.S. Senator Jake Garn.

She was able to return to school when Kevin began teaching, and she graduated with a degree in English from BYU in 2003, the same year their oldest son graduated from high school. She has taken a number of courses since then, including two years of Norwegian.

Carolina Núñez is the Associate Dean of Research and Academic Affairs and a Professor of Law at Brigham Young University’s J. Reuben Clark Law School. She researches and writes about immigration law, citizenship, and immigrant rights, with a specific emphasis on undocumented immigrants.  Professor Núñez’s articles have been published in the Southern California Law Review, Wisconsin Law Review, and Utah Law Review.

Judy Miller is an adjunct fellow at the Manhattan Institute, a City Journal contributing editor, a best-selling author, and an investigative reporter formerly with the New York Times. In 2002 she was part of the team that won the Pulitzer Prize for Explanatory Reporting for its series on Osama bin Laden and Al Qaeda. Miller has also been a commentator for Fox News, speaking on terrorism and other national security issues, the Middle East, U.S. foreign policy and the need for a delicate balance between protecting national security and defending civil liberties in a post-9/11 world.

Scott Miller, Professor of Japanese and Comparative Literature, received his B.A. from BYU in comparative literature and later earned his M.A. and Ph.D. in East Asian studies from Princeton University. He was an associate professor of Japanese at Colgate University prior to joining the faculty at BYU in 1994. Currently dean, he has also served as chair of the department of Asian & Near Eastern Languages, Asian Studies Coordinator in the David M. Kennedy Center, associate dean of Undergraduate Education and Honors Program Director, and co-director of BYU’s International Cinema program. His research interests include nineteenth-century and modern Japanese literature; oral narrative and translation theory; early Japanese sound recordings.

Elder Gong received a Bachelor of Arts degree in Asian and university studies from Brigham Young University in 1977. In 1979, he received a Master of Philosophy degree and in 1981 a doctorate in international relations from Oxford University, where he was a Rhodes Scholar. In 1985 he served as special assistant to the undersecretary of state at the U.S. State Department and in 1987 as special assistant to the U.S. ambassador in Beijing, China. From 1989 he served in several positions at the Center for Strategic and International Studies in Washington, D.C. He was assistant to the president for planning and assessment at Brigham Young University until April 2010.

Gerrit Walter Gong was born in Redwood City, California on December 23, 1953. He married Susan Lindsay in January 1980. They are the parents of four children and three grandchildren.

He received a bachelor of science degree in finance at the University of Utah and is a business owner in Provo, Utah. He is married to Jane Stringham, and they are the parents of five children.

Bryan Stevenson is a lawyer, social justice activist, clinical professor at New York University School of Law, and founder and executive director of the Equal Justice Initiative. He has challenged biases against the poor and minorities—especially children—in the criminal justice system. Stevenson wrote the critically acclaimed memoir Just Mercy: A Story of Justice and Redemption and recently established the National Memorial to Peace and Justice in Montgomery, Alabama.

Elder Teixeira’s education is in accounting, auditing, and business management. He served in the Portuguese Air Force and was assigned to CINCIBERLAND, NATO and was awarded for his services to that international military unit. Prior to his call as a mission president, he was an international controller for The Church of Jesus Christ of Latter-day Saints, with responsibility for Europe and Africa. In this capacity, he managed the Europe/Africa processing center in Solihull, England, and supervised the controllers in the Europe East, Europe Central, Europe West, Africa Southeast, and Africa West Areas.

José Augusto Teixeira da Silva was born in Vila Real, Portugal, on February 24, 1961. He married Maria Filomena Lopes Teles Grilo in June 1984. They are the parents of three children.

Elder Shayne M. Bowen was sustained as a General Authority Seventy of The Church of Jesus Christ of Latter-day Saints on April 1, 2006. He had been serving as an Area Seventy in the Idaho Area prior to his call as a General Authority. From 2006 to 2010 he served in the presidency of the South America South Area, serving as president between 2008 and 2010. From 2010 to 2014 he served at Church headquarters in various capacities. From 2014 to 2018, he served in the Philippines Area Presidency, serving as president between 2016 to 2018. He is currently serving as a counselor in the North America Southeast Area Presidency, assistant executive director of the Self-Reliance Services/PEF Committee, and as a member of the Family History Committee.

Shayne Martell Bowen was born in Rigby, Idaho, on August 29, 1954. He married Lynette Mortensen in December 1976. They are the parents of seven children, one of whom is deceased.

Christine Porath is an associate professor at the McDonough School of Business at Georgetown University. She also works as a consultant with leading organizations to help them create thriving workplaces. Dr. Porath received her PhD from the Kenan-Flagler Business School at the University of North Carolina at Chapel Hill and is the author of Mastering Civility: A Manifesto for the Workplace and the coauthor of The Cost of Bad Behavior.

Elder David A. Bednar
Quorum of the Twelve Apostles, the Church of Jesus Christ of Latter-day Saints
December 4, 2018 Devotional

Elder Bednar was born on June 15, 1952, in Oakland, California. He served as a full-time missionary in Southern Germany and then attended Brigham Young University, where he received a bachelor¹s degree and a master¹s degree. He also received a doctoral degree in organizational behavior from Purdue University.

After completing his education, Elder Bednar was a professor of business management at Texas Tech University and at the University of Arkansas. He then served as the president of Brigham Young University­-Idaho (formerly Ricks College) from 1997-2004.

Elder Bednar married Susan Kae Robinson in the Salt Lake Temple on March 20, 1975, and they are the parents of three sons.

Sister Michelle D. Craig was sustained as the first counselor in the Young Women general presidency March 31, 2018. Sister Craig was serving as a member of the Primary general board at the time of her call.

Sister Craig has served in many ward and stake positions in the Primary, Young Women and Relief Society organizations. She has served as temple ordinance worker in the Provo Utah Temple and Gospel Doctrine teacher in Sunday School. Sister Craig served a mission in the Dominican Republic Santo Domingo Mission.

She has enjoyed community service in the Parent Teacher Association of her children’s schools, Project Read, and as school support volunteer for a national education foundation.

She received a bachelor’s degree in elementary education from Brigham Young University.

Sister Craig and her husband, E. Boyd Craig, reside in Orem, Utah. They have three children and six grandchildren. She loves family history, temple work, reading and enjoying time with her family. 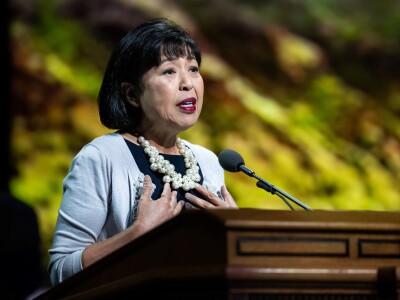 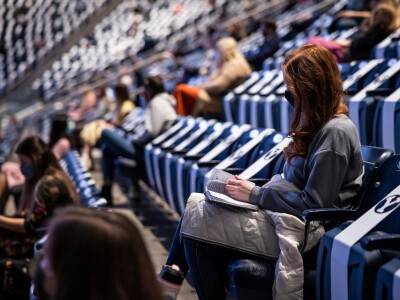