Every Tuesday at 11:05 a.m., students, faculty and staff head to the Marriott Center for the weekly Devotional or Forum address. BYU President Kevin J Worthen and his wife Peggy kick off the semester and are followed by members of the leadership of The Church of Jesus Christ of Latter-day Saints, BYU employees and a range of industry leaders and political figures. Entertainment assemblies celebrating the talent of BYU Arts round out the semester schedule.

Devotional and Forums are open to the public and most are broadcast live on BYUtv, BYUtv.org (and archived for on-demand streaming), KBYU-TV 11, Classical 89 FM, BYUradio and will be archived on speeches.byu.edu.

About the Fall 2017 Devotional and Forum Speakers

BYU President Kevin J Worthen
September 12, 2017 Devotional
Kevin J Worthen began serving as the 13th president of Brigham Young University on May 1, 2014. He previously served as BYU's advancement vice president and as dean of its J. Reuben Clark Law School, where he is the Hugh W. Colton Professor of Law.

President Worthen was born in Dragerton (now East Carbon-Sunnyside), Utah, and grew up in nearby Price. After serving a mission for The Church of Jesus Christ of Latter-day Saints in Monterrey, Mexico, he earned an associate degree at the College of Eastern Utah (now USU Eastern). He then received his Bachelor of Arts in political science and his Juris Doctorate from BYU.

Following his graduation from the BYU J. Reuben Clark Law School, President Worthen served as a law clerk to Judge Malcolm R. Wilkey of the U.S. Court of Appeals for the D.C. Circuit and Justice Byron R. White of the U.S. Supreme Court. After three years of private practice with the law firm of Jennings, Strouss & Salmon in Phoenix, Arizona, President Worthen joined the BYU law school faculty in 1987. In 1994, he was a Fulbright Scholar at the University of Chile Law School in Santiago. He has published extensively on a number of legal topics, with particular emphasis on federal Indian law and the rights of indigenous peoples.

President Worthen currently serves as an area seventy in The Church of Jesus Christ of Latter-day Saints. He previously served as a stake president, bishop, high councilor and early-morning seminary instructor.

President and Sister Worthen have three children and three grandchildren.

Early in their marriage, Peggy worked in a number of jobs to support their family as Kevin finished his education and started his career, including as a receptionist for U.S. Senator Jake Garn.

She was able to return to school when Kevin began teaching, and she graduated with a degree in English from BYU in 2003, the same year their oldest son graduated from high school. She has taken a number of courses since then, including two years of Norwegian.

Elder Richard J. Maynes was sustained as a General Authority Seventy of The Church of Jesus Christ of Latter-day Saints on April 5, 1997. He was named a member of the Presidency of the Seventy on January 20, 2012.

Elder Maynes previously served as the executive director of the Family History Department and as an assistant executive director in both the Priesthood and Family Department and the Missionary Department. He has also served as president of the Philippines and South America West Areas. During his numerous years of Church service, he also served as a full-time missionary in the Uruguay and Paraguay Mission and as president of the Mexico Monterrey Mission (1989–1992).

Elder Maynes formerly owned and was CEO of a company specializing in factory automation. He received a Bachelor of Science degree from Brigham Young University in business management and an MBA from Thunderbird School of Global Management at Arizona State University.

Richard John Maynes was born in Berkeley, California, on October 29, 1950. He married Nancy Jane Purrington in August 1974. They are parents of four children.

Michael Ward
Senior Research Fellow, University of Oxford
September 26, 2017 Forum
Dr. Michael Ward has published several works about C.S. Lewis, including the award-winning “Planet Narnia: The Seven Heavens in the Imagination of C.S. Lewis” and “The Cambridge Companion to C.S. Lewis,” which he co-edited. He also presented the BBC documentary “The Narnia Code” in 2009 and served as an Anglican chaplain at both Oxford and Cambridge universities.

Elder Carl B. Cook was sustained as a General Authority Seventy of The Church of Jesus Christ of Latter-day Saints on April 2, 2011. He is currently assigned to Church headquarters. Elder Cook has also served as president of the Africa Southeast Area.

Elder Cook received a Bachelor of Arts from Weber State College in 1981 and a master of business administration from Utah State University in 1982. Prior to his call he worked in commercial real estate development.

Elder Cook has served in a number of Church callings, including full-time missionary in Hamburg, Germany, bishop, stake president, Area Seventy and president of the New Zealand Auckland Mission.

Carl Bert Cook was born in Ogden, Utah, on October 15, 1957. He married Lynette Hansen in December 1979. They are the parents of five children.

Carolyn Billings
Director of Sports Medicine, BYU Athletics
October 17, 2017 Devotional
After graduating in 1995, Billings was asked to stay and fill a position as an assistant athletic trainer. She was named Director of Sports Medicine in July 2010. She is currently the team athletic trainer for women’s soccer. Billings is also an instructor in the exercise science department. She is a member of the National Athletic Trainers Association, the Utah Athletic Association and is a certified EMT and CPR instructor.

Billings graduated from BYU in 1993 with a Bachelor of Science in athletic training. That same year she was awarded athletic training student of the year. Billings continued her education at BYU where she earned a master’s degree in 1995 and was honored valedictorian of her class. She was named clinical instructor of the year in 2008.

David Axelrod is a veteran of politics and journalism and the former chief strategist and senior advisor to President Barack Obama. He currently serves as director of the University of Chicago’s non-partisan Institute of Politics and as the host of The Axe Files, a podcast jointly produced by CNN and his institute. Axelrod, a former political writer for the Chicago Tribune and media strategist behind 150 state, local and national campaigns, also is the author of The New York Times best-selling memoir, “Believer: My Forty Years in Politics.”

Elder Wilford W. Andersen was sustained as a General Authority Seventy of The Church of Jesus Christ of Latter-day Saints on April 4, 2009. At the time of his call, he had been serving as a member of the Sixth Quorum of the Seventy in the North America Southwest Area. Elder Andersen served as a counselor in the Caribbean Area Presidency for five years, serving as area president for the last two years. He is currently serving in the Temple Department at Church headquarters and has leadership responsibilities for the Middle East/Africa North Area and the Idaho and North America Central Areas of the Church.

Elder Andersen received a bachelor’s degree in business management in 1973 and a juris doctor degree in 1976, both from Brigham Young University. He was a managing partner of Andersen Investments at the time of his call as a general authority.

Elder Andersen has served in a number of Church callings, including full-time missionary in the Argentina South Mission, bishop, high councilor, stake president, president of the Mexico Guadalajara Mission (2002–2005) and Area Seventy.

Wilford W. Andersen was born in Mesa, Arizona, on August 22, 1949. He married Kathleen Bennion in April 1975. They are the parents of nine children.

Elder M. Russell Ballard is a member of the Quorum of the Twelve Apostles of The Church of Jesus Christ of Latter-day Saints. He has been serving as an Apostle since October 6, 1985, traveling throughout the earth to instruct Church members and direct day-to-day affairs of the worldwide Church.

He was born in Salt Lake City, Utah, on October 8, 1928, to Melvin R. and Geraldine Smith Ballard. He attended the University of Utah.

As a young man, he served a mission to England for the Church, where he was a counselor in the mission presidency. He has also served as a bishop twice.

In 1974, he was called as president of the Canada Toronto Mission, where he was serving when called to the First Quorum of the Seventy in April of 1976. As a member of the Seventy, he supervised and trained leaders in his assigned geographic regions. He later served as a member of the Presidency of the Seventy from February 1980 to October 1985, overseeing the Church’s Quorums of the Seventy. Much of his ministry has been focused on missionary work.

Prior to his call as a full-time Church leader, Elder Ballard had interests in the automotive, real estate and investment businesses. He has served on many Church and civic committees and boards.

He married Barbara Bowen in the Salt Lake Temple on August 28, 1951. They are the parents of two sons and five daughters.

Laurie Garrett
Senior Fellow for Global Health, Council on Foreign Relations
November 28, 2017 Forum
Since 2004, Laurie Garrett has been a senior fellow for global health at the Council on Foreign Relations in New York. Garrett is the only writer ever to have been awarded all three of the Big “Ps” of journalism: the Peabody, the Polk and the Pulitzer. Her expertise includes global health systems, chronic and infectious diseases, and bioterrorism.

Garrett has been awarded four honorary PhDs from Wesleyan University (Illinois), the University of Massachusetts (Lowell), Georgetown University, and the Mount Sinai Icahn School of Medicine.

Brian K. Ashton was completing his service as president of the Texas Houston South Mission, where he has served with his wife, Melinda Earl Ashton, since July of 2012, when he was called as the second counselor in the Sunday School general presidency. The Ashtons are the parents of six children.

Brother Ashton received a Bachelor of Arts degree from Brigham Young University and a Master of Business Administration degree from Harvard University. He has worked as a business manager, as an executive and as a board member at various companies since 1998.

Elder D. Todd Christofferson was called to the Quorum of the Twelve Apostles of The Church of Jesus Christ of Latter-day Saints on April 5, 2008. At the time of his call, he was serving in the Presidency of the Seventy.

During his tenure in the Presidency of the Seventy, Elder Christofferson had supervisory responsibility for the North America West, Northwest and Southeast Areas of the Church. He also served as executive director of the Family and Church History Department. Earlier, he was president of the Mexico South Area of the Church, resident in Mexico City.

Prior to his call to serve as a full-time General Authority of the Church, Elder Christofferson was associate general counsel of NationsBank Corporation (now Bank of America) in Charlotte, North Carolina. Previously, he was senior vice president and general counsel for Commerce Union Bank of Tennessee in Nashville, where he was also active in community affairs and interfaith organizations. From 1975 to 1980, Elder Christofferson practiced law in Washington, D.C., after serving as a law clerk to U.S. District Judge John J. Sirica (1972-74).

Born in Pleasant Grove, Utah, on January 24, 1945, he graduated from high school in New Jersey. He earned his bachelor’s degree from Brigham Young University, where he was an Edwin S. Hinckley Scholar, and his law degree from Duke University.

Among other callings, he has served the Church as a regional representative, stake president and bishop. As a young man, he served as a missionary in Argentina. 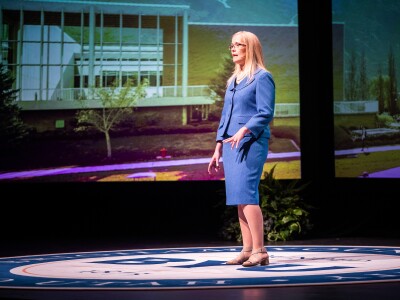 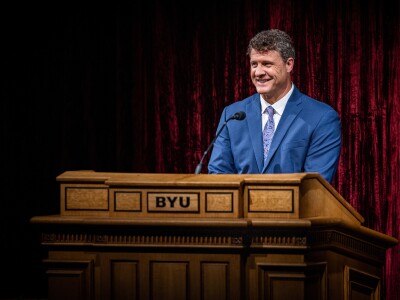 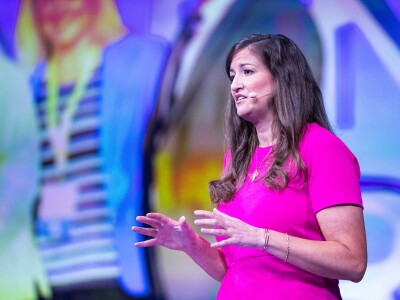