The Glen L. Farr Professor of Law at BYU, Smith will begin his five-year term as dean on May 1, 2016. He replaces James R. Rasband who has served as dean of the law school since 2009. Rasband will return to full-time teaching after taking a leave of absence to study in London and Washington, D.C.

Webb said that Smith is well qualified to lead the law school. “I express deep gratitude for Dean Rasband’s administration. He has been strategic in his vision and leadership and energetic in his service. I also welcome Gordon Smith as the new dean. The law school will benefit from his creativity and commitment to high standards.”

Smith served as associate dean for faculty and curriculum for five years during Rasband’s tenure as dean. Smith received his bachelor’s degree in accounting from BYU and his JD from the University of Chicago Law School. Prior to joining the faculty at BYU’s J. Reuben Clark Law School in 2007, Smith was a professor of law at the University of Wisconsin Law School, and he has taught as a visiting law professor at Vanderbilt University Law School, Arizona State University College of Law and Washington University School of Law in St. Louis.

An expert in law and entrepreneurship, Smith has written extensively on the role of law in promoting entrepreneurial action, and he co-founded the Law and Entrepreneurship Association. He was also a founding faculty member of the Crocker Innovation Fellowship at BYU. A Delaware corporate lawyer, Smith has published foundational articles on the theory of fiduciary relationships, and he is co-authoring a law school casebook on fiduciary law. Smith currently serves as Chair of the Section on Transactional Law and Skills for the American Association of Law Schools.

A popular professor, Smith has received several teaching awards, including being voted the BYU Law School Alumni Association’s Teacher of the Year by the three most recent graduating classes. Smith has also taught in Australia, China and throughout Europe.

The BYU J. Reuben Clark Law School was founded in 1971 and has grown to one of the nation’s leading law schools. In its most recent rankings, National Jurist ranked the BYU law school as the best value private law school. In March of this year, U.S. News & World Report ranked the law school as 38th out of 196 schools. 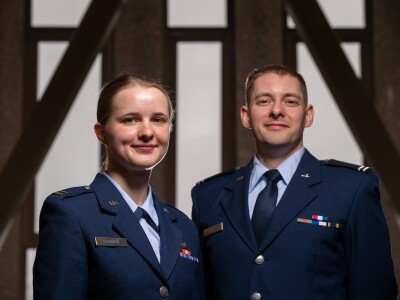