Professor Richard Watt and his chemistry students suspected that a common protein could potentially react with sunlight and harvest its energy – similar to what chlorophyll does during photosynthesis.
The story of how they proved it sounds as colorful as the legend of the leprechaun who hid his pot of gold at the end of the rainbow.

They started with citric acid from oranges and mixed it with the protein. Next they dissolved gold powder into the solution. Then they put vials of the yellow-colored mixture in direct sunlight and crossed their fingers in the hope that it would turn purple.

Here’s the reason why: If it turned purple, that would signal that the gold atoms had received electrons and used the donated energy to bunch together as small, purple-colored nanoparticles. And that would mean that the protein used the sunlight to excite the citric acid and trigger a transfer of energy.

While direct sunlight did the trick in about 20 minutes, a high-powered tungsten mercury lamp worked much faster.

“We set the system up, turned on the light, and the solution turned purple,” Watt said. “We knew that we’d proved the concept.”

The beauty of this experiment lies not in its colors – unless, of course, you’re thinking of it as a potential “green” energy source that keeps the environment clean.

The BYU researchers published their experiments in the Journal of Nanoparticle Research . The final step of this project will involve connecting the protein to an electrode to channel the energy into a battery or fuel cell. The BYU chemists will partner with Jae-Woo Kim of the National Institute of Aerospace for this next stage of the work.

Professor Watt’s pedigree includes a post-doc at Princeton, a father who developed a fuel cell that runs on sugar and weed-killer and a more distant ancestor credited with inventing the first practical steam engine. That ancestor is also the Scottish engineer for whom the unit of power “watt” is named. 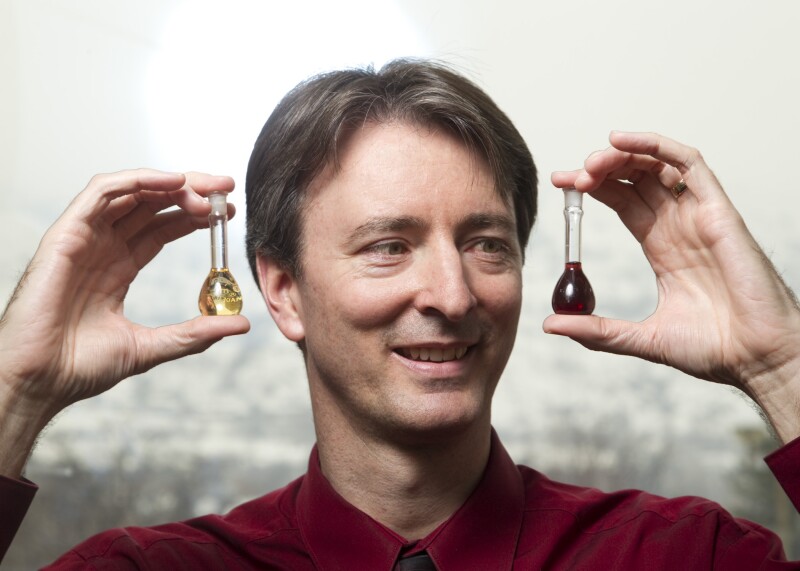 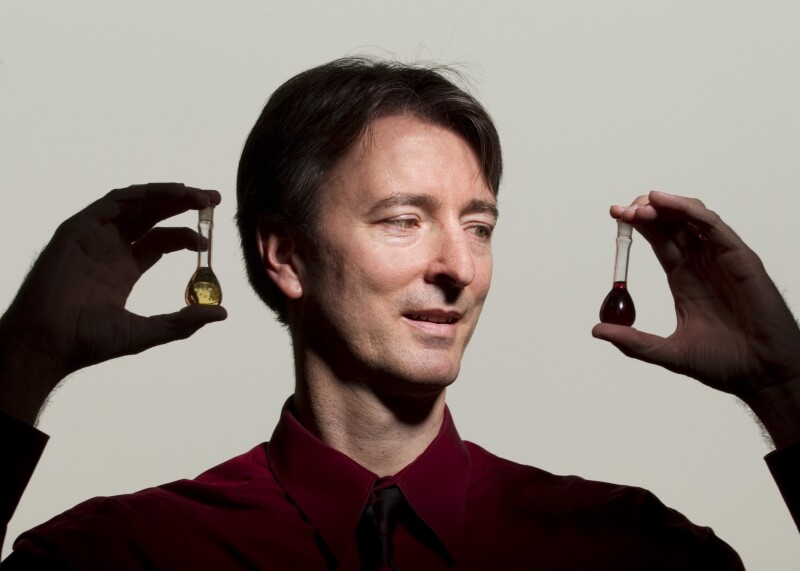 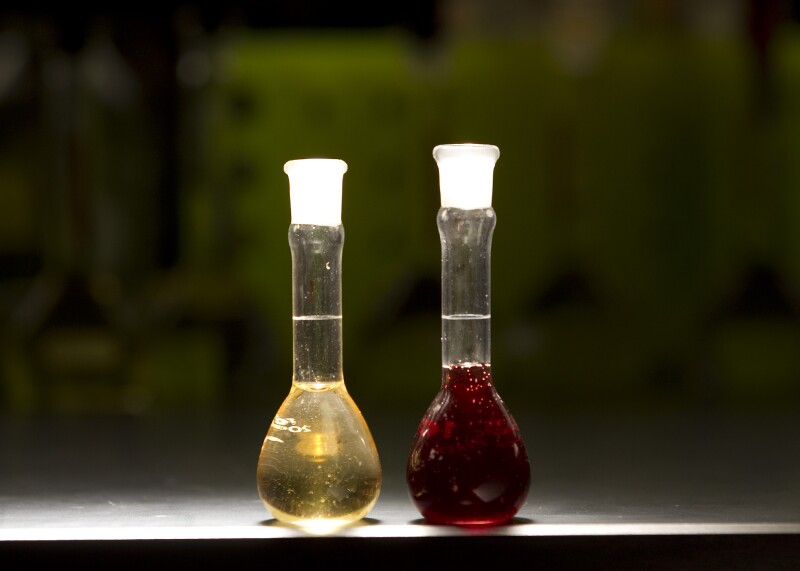 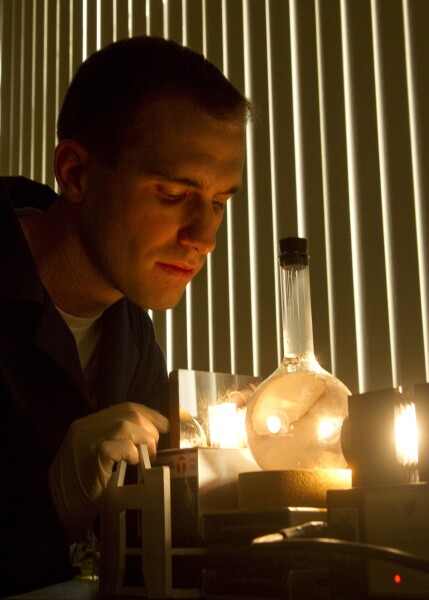 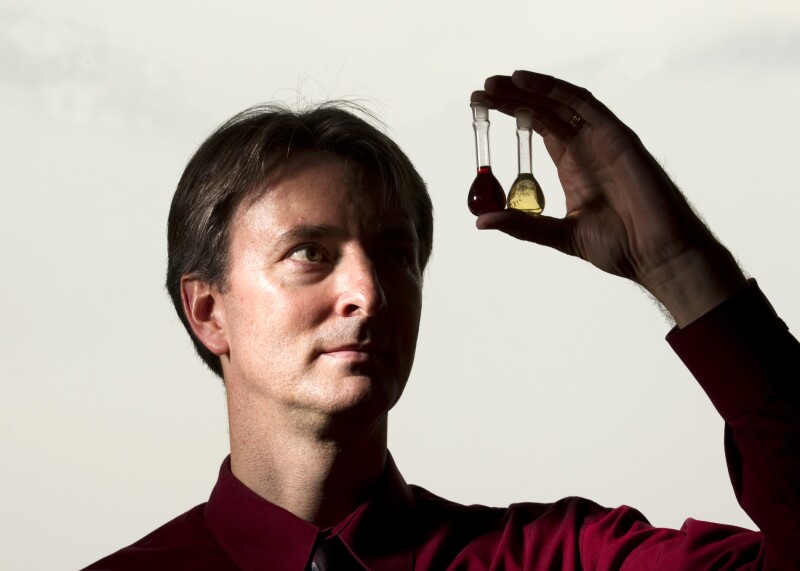 5 of 5
1101-35 054.jpg
Mark A. Philbrick/BYU Photo
1 of 5
Download this Gallery By clicking this link you agree to our Terms & Conditions
Media Contact: Joe Hadfield
Related Articles
data-content-type="article"