A Brigham Young University junior molecular biology major has sequenced the mitochondrial genome of the "Mormon cricket," the insect said to have scourged Utah's early settlers' crops until the miraculous intervention of California gulls.

"I decided to study the Mormon cricket not only because of its interesting molecular DNA, but because they also affect the economy, which has a large impact on people," Fenn said.

Fenn and his colleagues sorted through about 400 crickets from central and southern Utah to find 55 of the choicest specimens to study. He said although most think studying crickets is boring, he finds it fascinating because there is more diversity in insects than any other group of animals.

According to the National Center for Biotechnology Information, there are only 69 other published insect genomes in the world.

"Where else should the Mormon cricket be studied than at BYU?" joked Michael Whiting, BYU professor of biology and Fenn's faculty mentor. "But more than curiosity, we were interested because this is an important pest species."

"Certain pest control methods start with understanding the genes," Fenn explained. "I studied the dynamics of how groups interact, which could eventually lead to researchers knowing how to control infestations."

Mark Branham, assistant professor of entomology and nematology at the University of Florida said it is quite an accomplishment for an undergraduate to publish in a high profile journal.

"This work is amazing not only because it was done by an undergrad, but because it is really at the forefront of providing a contribution to the field," Branham said.

Fenn's research also included a study where he cut out small sections of the genomes and compared them within the Mormon cricket populations.

Fenn has worked with Whiting for more than a year. After his graduation in April of next year he plans to obtain a joint M.D./Ph.D. and conduct medical research. He said his research with insects will put him a cut above the rest in medical school because he has been exposed to new research methods as well as learning about physiology.

"This project, as well as others I've been a part of at BYU will help tremendously when applying to medical school," Fenn said. "A lot of people work in labs and just wash plates, but I have had the opportunity to do hands-on research with many different species."

Whiting said Fenn is a remarkable student and has succeeded in characterizing a species we know very little about.

"Undergraduates play a central role in allowing me to be both a productive researcher and also meet my obligation to train students," said Whiting, a coauthor on the academic paper. "I wouldn't be as productive at either if we didn't have such exceptional undergraduates here."

The Mormon cricket, which is actually a katydid and about three inches long, lives mainly in Utah, Nevada, Colorado and Idaho. Known for being quite vicious, it will eat anything in its path. According to traditional stories, the Mormon pioneers experienced an infestation of these crickets in the mid-1800s during the harvest. Legions of California gulls miraculously saved the crops by eating mass quantities of the crickets.

While researching the cricket, Fenn started compiling the phylogenetics, or cricket family tree, which is the basis for his next project. 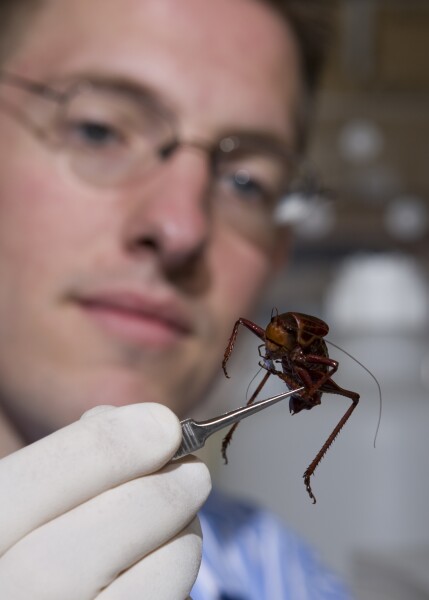 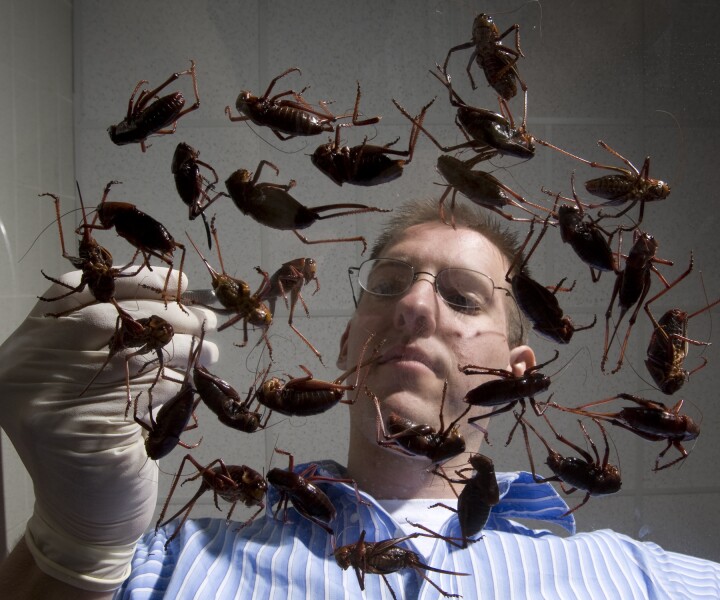 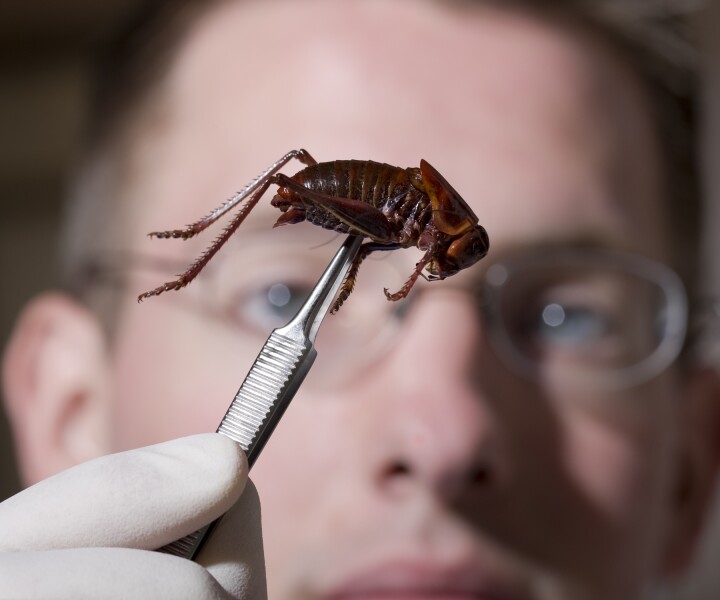 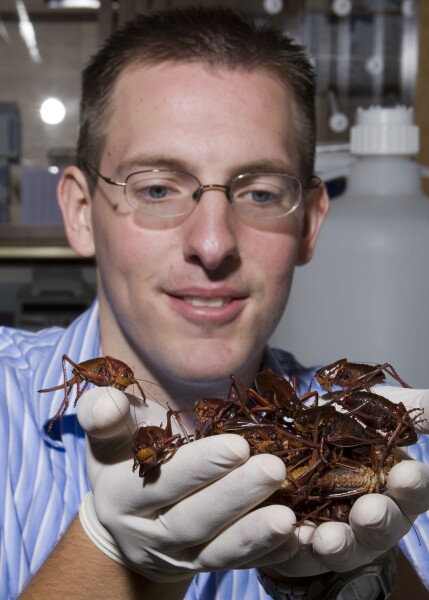 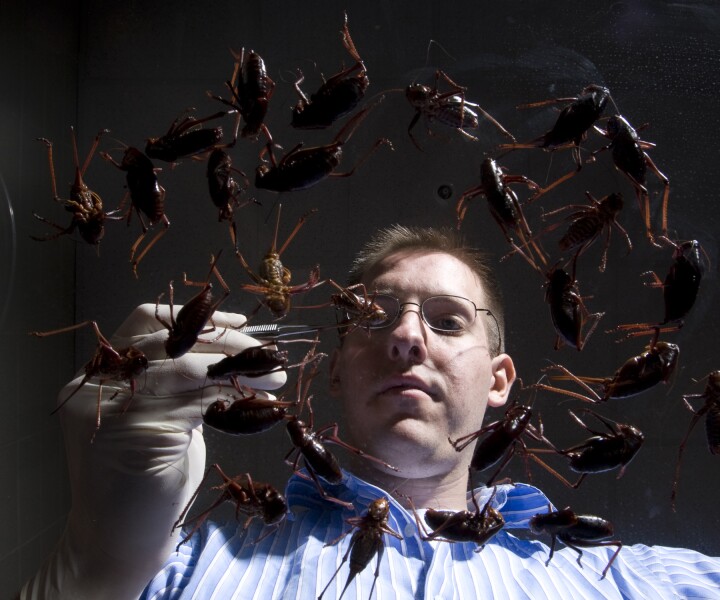 5 of 5
0707-09050.jpg
Mark A. Philbrick/BYU Photo
1 of 5
Download this Gallery By clicking this link you agree to our Terms & Conditions
Related Articles
data-content-type="article"