Carrying a gun in bear country doesn’t mean you’re more protected in the event of a bear encounter, according to new research out of Brigham Young University.
A study led by BYU biologist and bear expert Tom S. Smith found that firing a gun is no more effective in keeping people from injury or death during bear attacks than not using a firearm.

“It really isn’t about the kind of gun you carry, it’s about how you carry yourself,” said Smith, who has researched bears in the field for 20 years. “We need to respect an animal that could potentially take our lives.”

Smith and his colleagues analyzed 269 incidents of bear-human conflicts in Alaska for the study, appearing in the forthcoming issue of the  Journal of Wildlife Management. Those incidents involved 444 people and 357 bears, 300 of which were brown bears.

The researchers found no statistical difference in the outcome (no injury, injury or fatality) when they compared those who used their gun in an aggressive encounter (229 instances) to those who had firearms but did not use them (40 instances).

The implication is that firearms should not be a substitute for doing the right things to avoid unwanted encounters in bear habitat. Although a shooter may be able to kill an aggressive bear, injuries to the shooter and others also can occur.

This finding is especially relevant given the 2010 law allowing guns in national parks.

“We’re seeing more and more people in bear country with guns,” Smith said. “Yet guns, for most people, are not their best option. You don’t even need a gun if you behave appropriately.”

Behaving appropriately, according to the authors, means following the conventional wisdom for avoiding bear encounters:

“This study provides statistical, quantitative support that following the conventional wisdom actually is the most effective way to be safe in bear country,” said co-author Randy T. Larsen, a professor of plant and wildlife sciences at BYU. “Because once a bear charges, the odds of a successful outcome is seven times less likely, regardless of whether or not you have a firearm.”
Smith and his co-authors write that using firearms in bear encounters is difficult even for experts due to the need for split-second deployment and deadly accuracy. People should carefully consider their ability to be accurate under duress before carrying a firearm for protection from bears, they write.

“People should consider carrying a non-lethal deterrent such as bear spray,” said Smith, a gun owner himself. “It’s much easier to deploy, it’s less cumbersome and its success rate in  these situations is higher than guns.”

In a 2008 study, Smith found that bear spray effectively halted aggressive bear encounters in 92 percent of the cases.

Bear spray is a liquid pepper spray that comes in an 8-oz can and retails for $30-$40. The hissing sound and sight of the expanding cloud of the spray are often enough to frighten away bears. However, the intense burning of red pepper juice is debilitating and derails bears from continuing an attack.

“If you act appropriately and you carry bear spray, you are much better off than just blundering into bear country with a large firearm,” Smith said.

Smith’s co-authors on the study are Stephen Herrero of the University of Calgary, Kathryn R. Johnson of the Alaska Science Center, and Larsen. Cali Strong Layton, an undergrad biology student at BYU, was also a co-author. 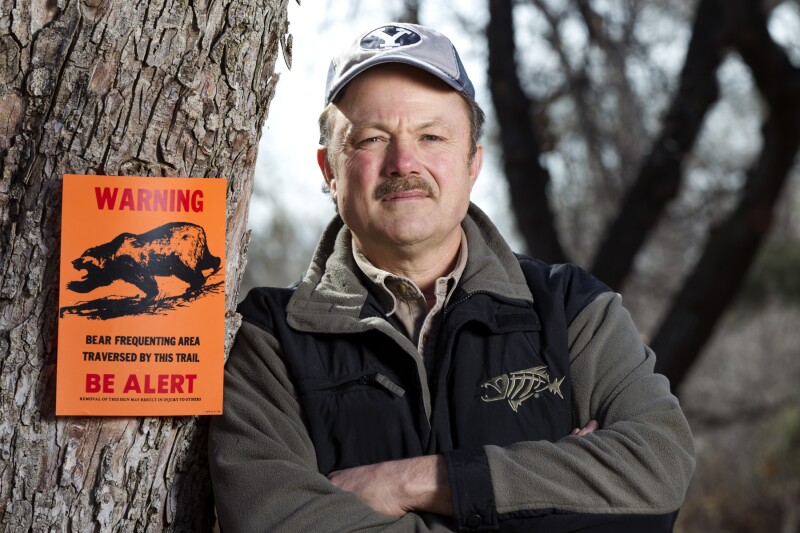 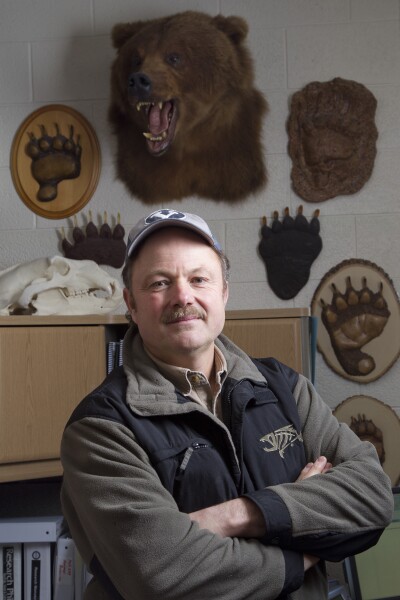 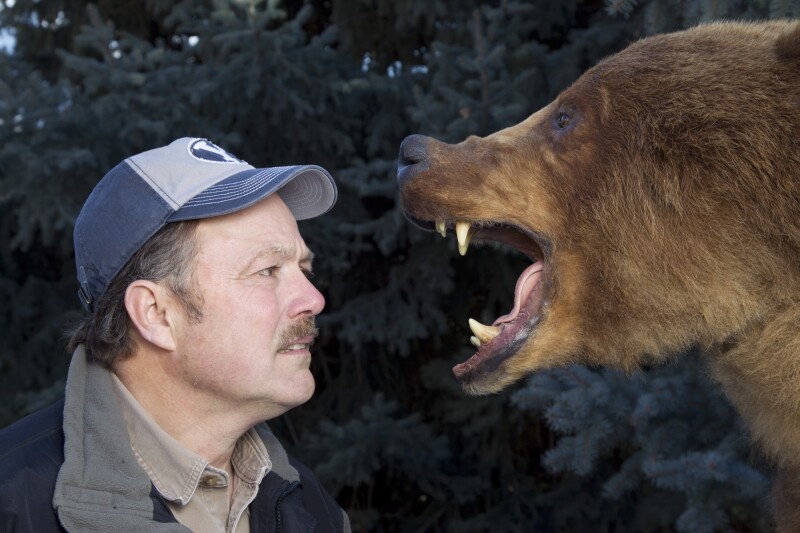 3 of 3
1202-09 092.jpg
Mark A. Philbrick/BYU Photo
1 of 3
Download this Gallery By clicking this link you agree to our Terms & Conditions
Media Contact: Todd Hollingshead
Related Articles
data-content-type="article"