BYU student Kate Hansen finished in 10th place in the women's luge at the Olympic Games. And she won a lot of fans for her pre-race dance moves.

Hansen’s victory on a Latvian luge track was the first World Cup win in the sport for the United States in 16 years.

She celebrated on Instagram with a then-and-now picture showing a teenager with braces on the left and a triumphant medal-winner on the right.

"Started this luge adventure with braces and ended with some other kind of hardware," wrote Hansen. "It's been real Latvia."

The 21-year-old didn’t just win – she also set a new track record in the second heat with a time of 41.887 seconds. Hansen’s performance gives USA Luge a well-timed boost heading into the Olympic Games in Sochi.

The new issue of BYU Magazine contains a feature with some great background on Hansen, who takes classes at BYU each spring term and enrolls in an online class during the luge season.

“BYU is my escape,” she told the magazine. “In the dorms I didn’t tell anyone I did this. Everyone got to know me as me. Going back to Provo is a dream for me every time.” 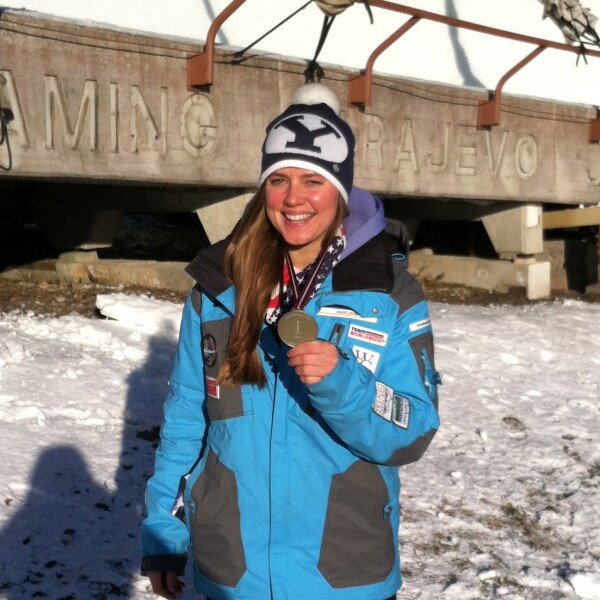 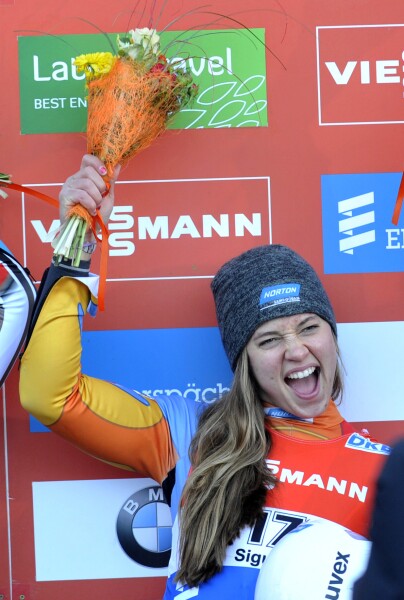