Brigham Young University’s Department of Theatre and Media Arts will present a thrilling story of betrayal, mystery and revenge with its season-opening production of “Dial M for Murder” Wednesday, Sept. 24, through Friday, Oct. 10, in the Pardoe Theatre, Harris Fine Arts Center, at 7:30 p.m.

Before Hitchcock’s suspenseful film was released in 1954, Frederick Knott’s play “Dial M for Murder” captivated audiences in London and on Broadway with its shocking tale of a husband’s plot to eliminate his wife.

Tony Wendice married his wife, Margot, for her money and now plans to murder her for the same reason. He arranges the perfect murder. However, the murderer gets murdered and the victim survives. Despite the unexpected twist, Wendice sees the death as an opportunity to convict his wife for the murder of the man who tried to murder her.

As the student actors bring the 1950s London-based story to life, the audience will follow along, trying to crack the murder mystery case with Inspector Hubbard.

“Murder mysteries or ‘whodunnits’ have been a part of American culture for many years,” said Ward L. Wright, who co-directed the production with David Morgan. “I am not sure why — perhaps it is the ‘need to know’ in all of us that enjoys putting pieces of a puzzle together. Or, perhaps it is the fact that we all secretly want to be Sherlock Holmes using dispassionate logic and science in order to solve the most mysterious crimes. For whatever the reasons, crime dramas have been a staple of film, television and stage for decades.”

“Dial M For Murder” is based on the “film noir” genre of the ‘40s and ‘50s, capturing the atmosphere of classic mystery films. The characteristic sharp light angles and movement of the camera in these films will be recreated with the use of stage lighting and the movement of the set on a revolving stage.

Murphy Smith will play the role of Tony Wendice, the man who hires the murderer, with Jenny Latimer as his wife, Margot; Andrew Beenstra as Max Halliday and Benjamin King as Inspector Hubbard. 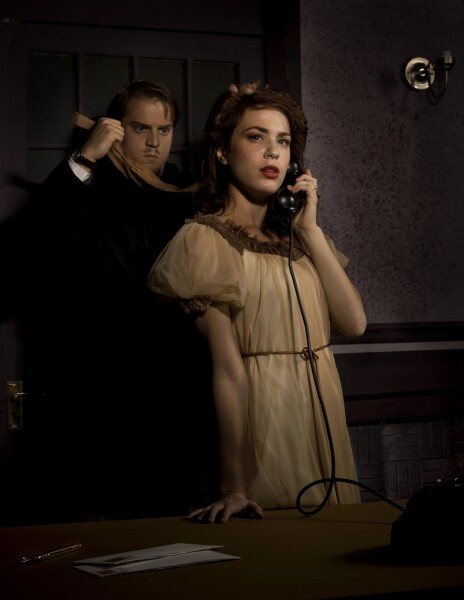 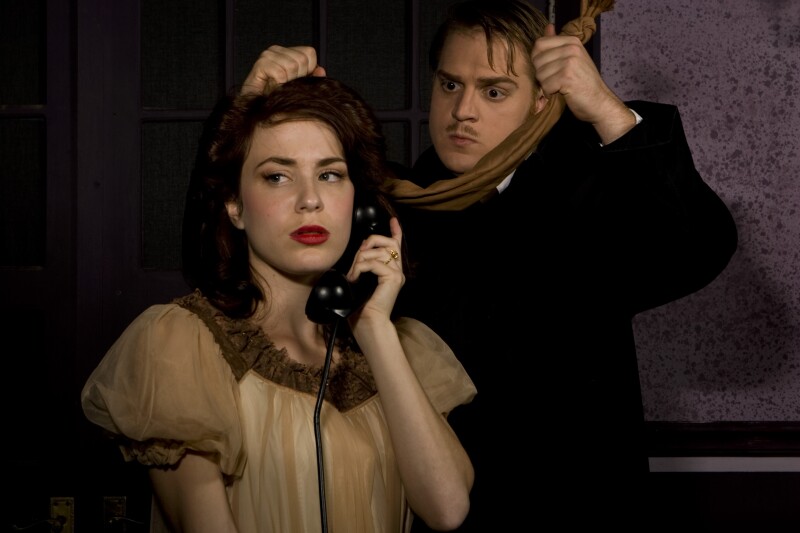 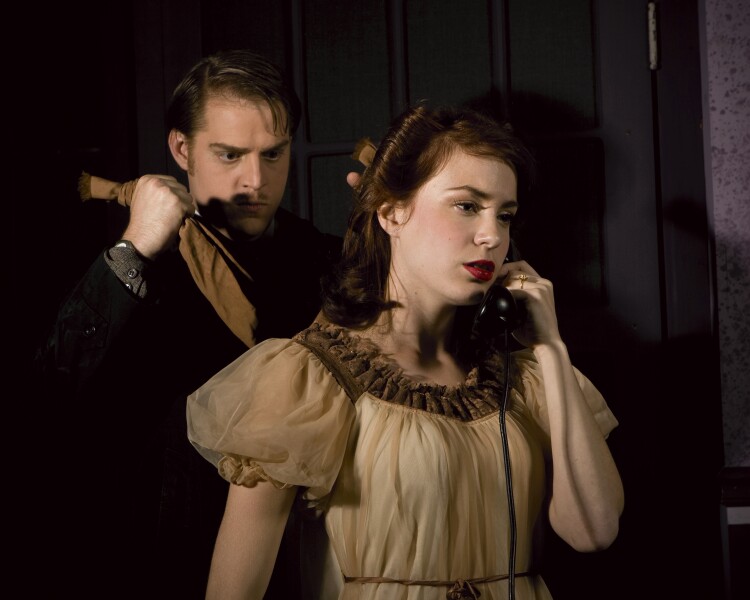 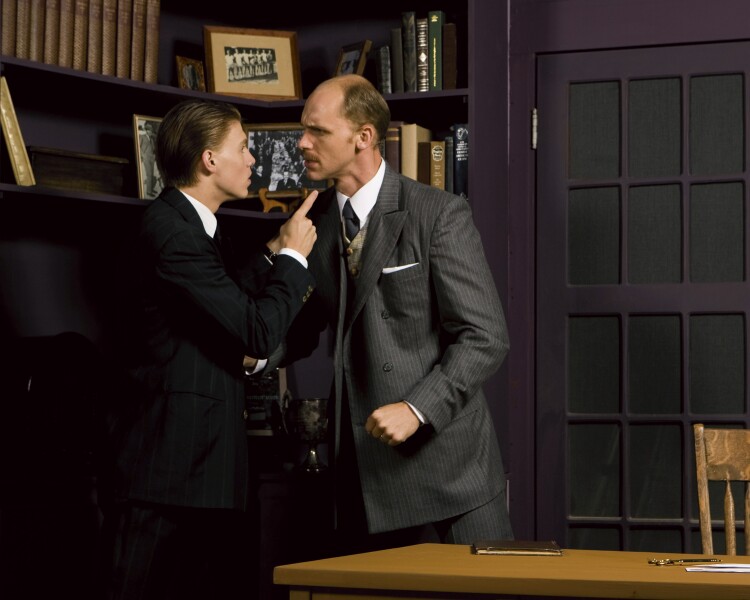 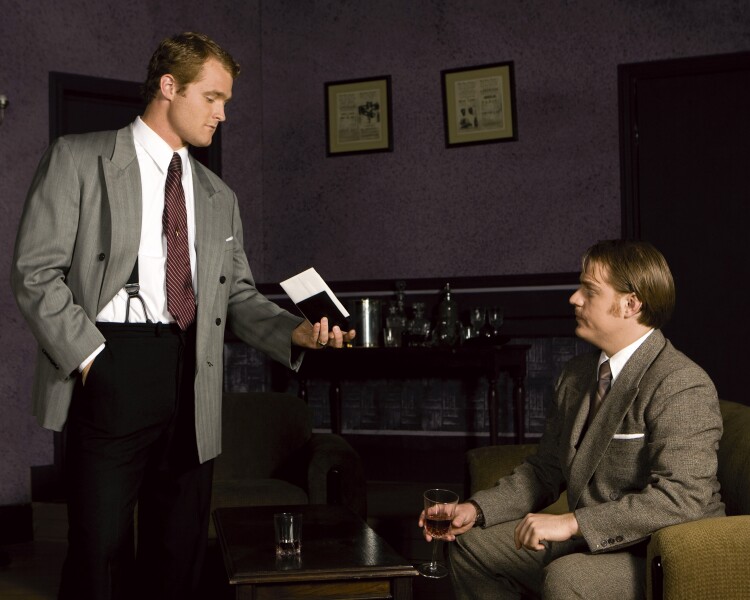 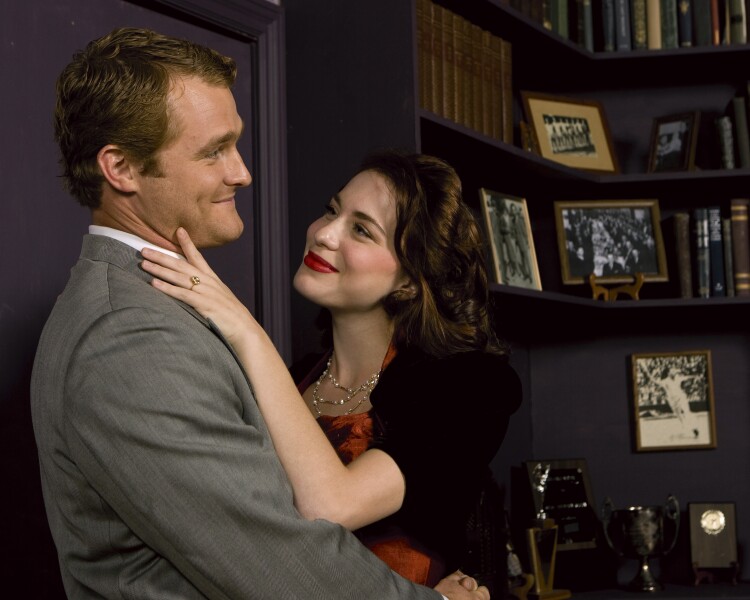 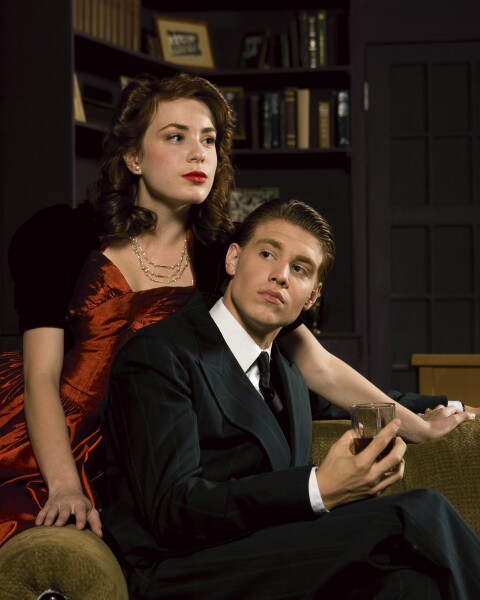 7 of 7
0809-23 187.jpg
Kenny Crookston/BYU Photo
1 of 7
Download this Gallery By clicking this link you agree to our Terms & Conditions
Related Articles
data-content-type="article"