Marian Wardle, curator of American Art for the Brigham Young University Museum of Art, has received the W.E. Fischelis Award from the Victorian Society in America for her work as editor and co-author of the book, "The Weir Family, 1820-1920: Expanding the Traditions of American Art."

The book accompanied the recently closed BYU show of the same title.

The award came as a surprise to Wardle, who knew nothing about her nomination for the award.

“I feel very honored,” Wardle said. “Mark Simpson, Wanda Corn, Cody Hartly and Michael Lewis won this award in 2009 for their catalog 'Like Breath on Glass: Whistler, Inness and the Art of Painting Softly,' which was selected as the book of the year by American Art, the premier American art journal. I was very surprised that we had won the same award.”

Wardle began her studies on the Weirs while a doctoral student at the University of Maryland.

“I wrote [my dissertation] on images of women sewing by the American Impressionist painters Julian Alden Weir and Edmund Tarbell,” she related. “In the process of learning about Julian, I read 21 volumes of his mother’s journal in Special Collections at the Harold B. Lee Library and became fascinated with the Weir family. From the time that I began work as curator of American Art at the BYU Museum of Art in 2000, I wanted to do an exhibition centered on their collective art production.”

Robert Walter Weir and his two sons, John Ferguson Weir and Julian Alden Weir, were the subjects of Wardle’s book, which was the first major study to examine their collective artistic production.

Wardle’s book gives a detailed account of the lives of the American men and women of the Weir art dynasty. This was done by examining letters, diaries and paintings and is richly illustrated throughout. It contains more than 150 color and black-and-white images and seven scholarly essays.

Heather Jensen of BYU’s art history faculty was among the seven scholars who contributed essays. Two BYU art history graduate students also contributed to the volume. Julianne Gough created a chronology of the Weir family and Danielle Hurd contributed a Weir Family genealogy. The images add to the beauty of the book that explores the Weirs’ transatlantic encounters in the Hudson River Valley, New York, Connecticut, London, Paris and Rome.

Only three book awards are given annually by the Victorian Society to books written about the 19th century that best advance an understanding or appreciation of the decorative arts or architecture. The Ficshelis Award, awarded to a book dealing with 19th-century art and artists, is not given out every year.

Book evaluation for the award included content, overall design, production quality, editing, and source material (footnotes, bibliography, etc.). In addition, the book must be published in the year preceding the award, and the chronology and subject matter must be in the period 1837-1917.

The Victorian Society is “the only national non-profit organization committed to historic preservation, protection, understanding, education and enjoyment of our 19th-century heritage.” It was founded in 1966 after the destruction of New York’s Pennsylvania Station and was created as a form of protection for other important structures. It has since included publications, symposia, architectural tours and summer schools to its list of involvement. 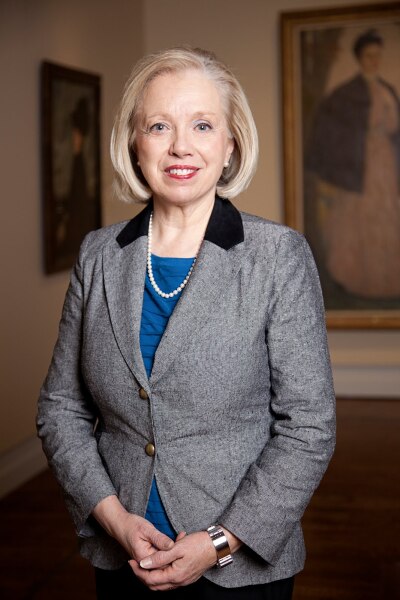 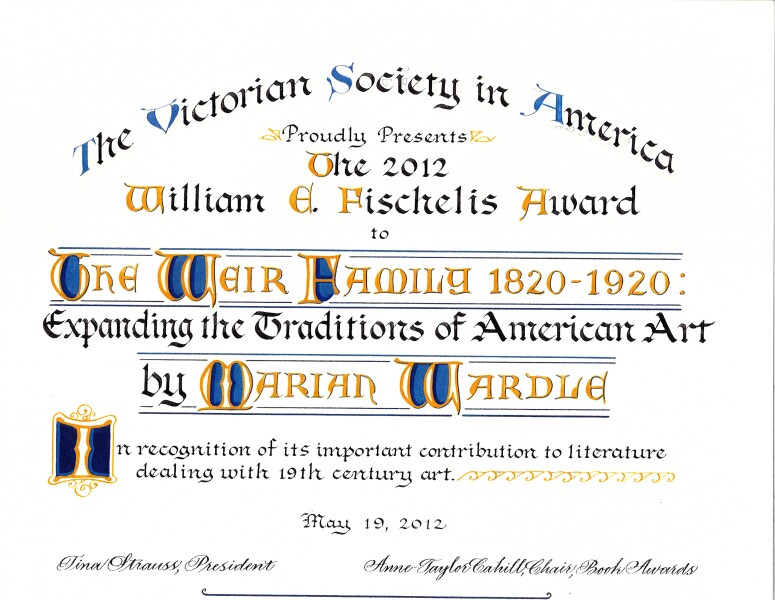 2 of 2
certificate.jpg
Jaren S. Wilkey/BYU Photo
1 of 2
Download this Gallery By clicking this link you agree to our Terms & Conditions
Related Articles
data-content-type="article"