Brigham Young University student engineers won two first-place awards at an international hybrid car design competition in New Hampshire. The team’s hybrid impressed both judges and contestants with its unique hydraulic system.
In the third annual Society of Automotive Engineers (SAE) Formula Hybrid challenge, the BYU team won both the Thayer School of Engineering Dean’s Award for Innovation from Dartmouth College and the Chrysler Award for Best Hybrid System Engineering. The team also placed second in the business plan aspect of the competition.

“The team from Brigham Young impressed everyone with their work,” said Don Anderson, chief design judge representing Chrysler. “I chose them because they considered the overall vehicle as a system and critically examined all possible hybrid alternatives.”

The BYU students, part of the Fulton College of Engineering & Technology, decided to venture off road from more common designs similar to well-known models such as the Toyota Prius or Honda Insight. Those electrical hybrids supplement their gas power with batteries.

But the BYU car eschews a battery and gets its extra boost from a hydraulic pump. The pump captures and stores energy which would normally be lost while braking. The system is more efficient than that of an electric hybrid, say the students. While this hydraulic hybrid beat out its electric hybrid cousins in the design aspect of the competition, it is unlikely the auto industry will shift this direction. This type of hybrid design would be best suited for a car that requires frequent starts and stops, such as a mail truck. For everyday driving purposes, the students say, an electric hybrid design is still the better option for now because of its greater storage capacity for longer-range driving.

This was the first time that a hybrid hydraulic race car has entered this competition. The BYU engineers, part of the Mechanical Engineering Department’s Capstone program, felt that a hybrid hydraulic race car would be more appropriate for the tasks required in the specific challenge they were facing. The design of the hydraulic car makes it ideal for quick starts and stops as well as quick acceleration, which is what comprises most of the competition.

“One of the engineering skills that we try to teach to our students is to identify customer needs and come up with an innovative answer,” said faculty adviser Robert Todd. “It’s not just about improving fuel economy, but improving fuel economy in an innovative way for a particular application. That application (for this competition) was hairpin turns and very quick acceleration and deceleration. The rate at which hybrid electric cars accelerate is limited by the battery.”

BYU’s design was appreciated by the other contestants, and teams from both England and Italy invited the BYU crew to compete in upcoming events in Europe.

“This project really helped in that it let me see an engineering project go from origin to completion,” said student team leader Lee Hoskins. “We were able to learn firsthand the organization and determination involved in something like this. We worked on the car for over a year. Dr. Todd told us that this was the most challenging undergrad project he has ever worked on.” 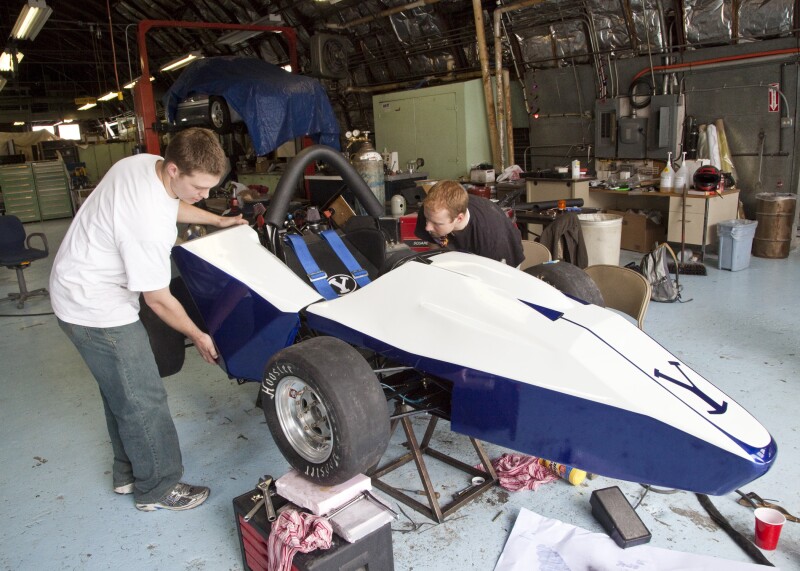 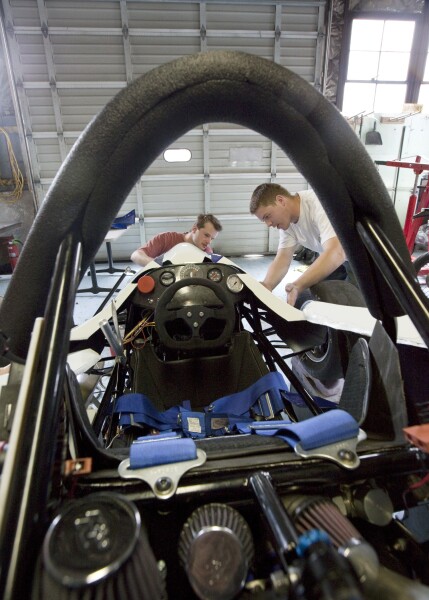 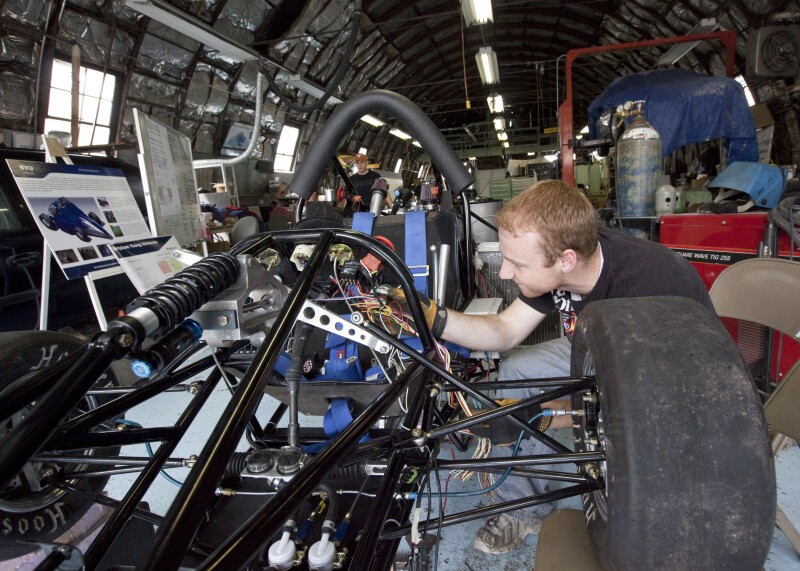 3 of 3
0904-57 143.jpg
Mark A. Philbrick/BYU Photo
1 of 3
Download this Gallery By clicking this link you agree to our Terms & Conditions
Related Articles
data-content-type="article"