BYU to honor seven for service at Homecoming 2011

At Homecoming 2011, Brigham Young University will recognize seven alumni and friends for their distinguished service.

Nancy Lopez Jacobsen, Distinguished Service Award
Nancy Lopez Jacobsen (BS ’83), chair of the Department of Oral Implantology and a professor at the University of Oklahoma College of Dentistry, considers herself primarily an educator. “I am, and always will be, a teacher. I teach in my community, at church, and in my profession. The desire to teach was initially instilled in me at BYU where professors there exemplified characteristics of what it meant to be a real teacher and possessed a genuine love of learning.”

Jacobsen’s BYU education has set a high standard for her life. “While I was a student in Oklahoma,” she says, “I was among professors and instructors who expected excellence from me, partly because they knew I was a graduate of BYU. Now that I am a professor, my colleagues, knowing my BYU background, continue to expect excellence.”

Harold R. Oaks, Distinguished Service Award
Harold R. Oaks (BA ’60) of Provo, the former department chair of BYU’s Theatre and Media Arts Department and former associate and acting dean of the College of Fine Arts and Communications, developed a specialty in children’s theater that took him to the top of his field both nationally and internationally.

Having taught at four other universities, Oaks says it was wonderful to teach, research, and produce in a gospel environment at BYU. “To a great extent, BYU has not only influenced my life—but it was my life for 32 years,” he says. “The excellent students in and outside my department have been a blessing.”

Among his many awards is the Honorary President’s Award from the International Association of Theatre for Children and Young People.

Upon his retirement from BYU, he and his wife, Ima, served several missions for The Church of Jesus Christ of Latter-day Saints, and at the request of the Church, they developed a series of health-education puppet shows that have been used in more than two dozen countries around the world and have been translated into more than 16 languages.

Keith L. Thurgood, Distinguished Service Award
Keith L. Thurgood (BA ’81), a major general with more than 28 years in the U.S. Army, started his career of education and service at BYU. “The principles that I learned and observed as a BYU student continue to be guideposts now,” he says.

In the past decade Thurgood, of Plano, Texas, has served two active duty tours. He is a former commanding general and CEO of the Army Air Force Exchange Service, and he was president and CEO of Overseas Military Sales Corporation. As well as being profiled in D CEO Magazine as a global retail leader, Thurgood has been awarded the Defense Superior Service Medal, the Bronze Star, two Meritorious Service Medals, three Army Commendation Medals, and an Army Achievement Medal.

“When I think of BYU,” Thurgood says, “I think about three Ls: leadership, legacy, and lifetime of service. BYU is about developing competent leaders of character, courage, and faith who will make a difference right now in their families, communities, and the nation; leaders who will build on the legacy of service and sacrifice and leave a trail for others to follow; leaders who understand that a lifetime of service is how we make a difference.”

JaLynn Rasmussen Prince, Service to Family Award
JaLynn Rasmussen Prince (BA ’72), of Potomac, Md., has served her own family as well as families worldwide as founder, president, and CEO of Madison House. The foundation serves the needs of adults with autism and was named after her son who has autism.

With Madison House, Prince works with “lawmakers, parents, and hundreds of friends with disabilities” to create and encourage sound public policy to support adults with autism.

Prince earned a degree from BYU in visual and performing arts. She has photographed people and cultures worldwide and is president of Times and Seasons, an arts management consulting firm. Prince has spent considerable time raising money for children’s hospitals, homeless shelters, and arts organizations.

“As I have pursued education, profession, passion, and professional callings,” she says, “doors have opened wide and I have been privileged to meet and work with people around the world.”

A mother of three, Prince was named National Young Mother of the Year in 1999 by American Mothers, Inc.

Jonathon T. Tichy, Young Alumni Distinguished Service Award
Jonathon T. Tichy (BA ’98), of Sandy, Utah, credits the start of his international career to his education. “I was blessed to be taught and mentored by BYU professors and administrators who helped me catch the vision of one of the university’s timeless mottoes: the World Is Our Campus,” he says.

Tichy graduated with honors from the J. Reuben Clark Law School. He spent six years abroad as a political officer and analyst at the U.S. embassy in Prague, receiving the Meritorious Honor Medal from the U.S. State Department. In 2003 Tichy founded the Wallace Toronto Foundation, which promotes goodwill and supports humanitarian projects in the Czech and Slovak Republics.

He played a key role in securing the 20,000 signatures required for the Church to gain full recognition in Slovakia. In May 2010 he was appointed Honorary Consul for the Czech Republic in Utah by the Czech Republic’s Ambassador to the United States.

“BYU is an institution unique in the world,” Tichy says. “It is a place where academic and spiritual learning not only coexist but accentuate and even enrich each other. To me, BYU is much more than an institution; in many ways, it is a way of life.”

Ira and Mary Lou Fulton, Honorary Alumni Award
Ira and Mary Lou Fulton, of Chandler, Ariz., have a long history of philanthropy, especially to BYU. “I want to make a difference,” Fulton says. “That’s why I’m so involved. Mary Lou and I see the value of education. When we can participate with these great students and their great professors and help them achieve their goals — that personally excites us.”

Having received a football scholarship, Ira attended Arizona State University, where he met and married Mary Lou Henson. He worked for National Cash Register and became its national salesman of the year.

In 1976, he bought Eagleson’s Big and Tall men’s clothiers in Southern California. Over the next 20 years he would expand the company from two stores to 33. During this time, he also founded Fulton Homes, which grew to become one of the largest builders in Arizona.

Businessweek magazine ranked Ira as the no. 42 philanthropist in the United States. He also received the Builder magazine 2010 Hearthstone Builder Humanitarian Award at the 2010 International Builder Show in Las Vegas.

The Fultons’ contributions to BYU have helped fund the Fulton Supercomputing Lab, four academic chairs, the Center for Animation, the Joseph F. Smith Building, athletic facilities, the Hinckley Center, and the Ira A. Fulton College of Engineering and Technology.

“BYU is all about the wonderful students that attend here,” Ira says. “They know how to dream and we want to support them so they can reach their dreams.”

Mary Lou adds, “It’s just the most satisfying thing you can do in the world, to do service and give to others.”

BYU to honor seven for service at Homecoming 2011 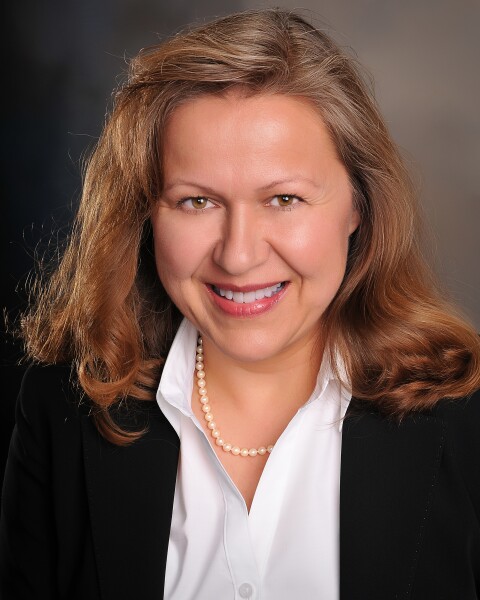 1 of 6
University.Jacobsen.jpg
the Chinese Opera Orchestra of Shanghai 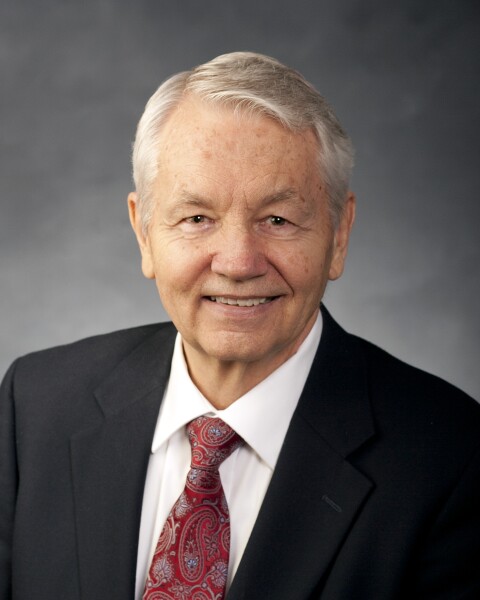 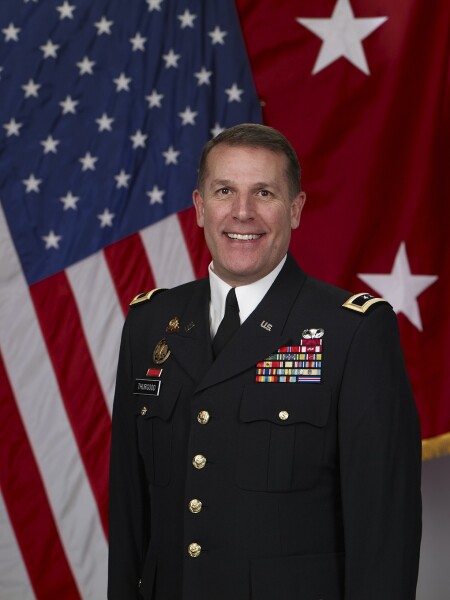 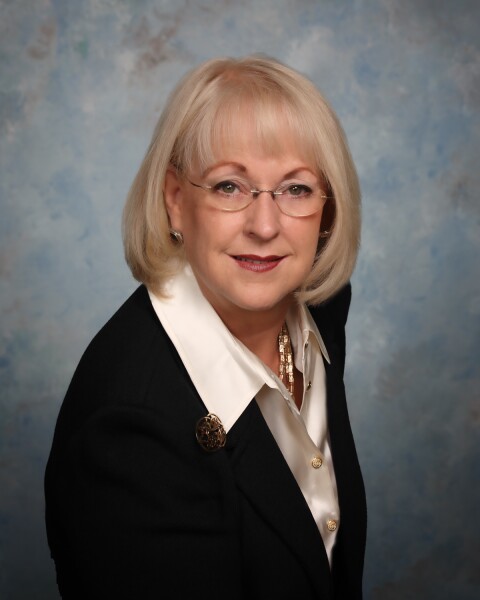 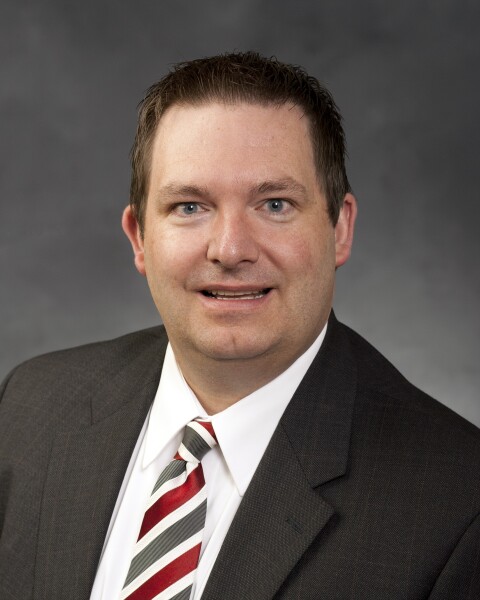 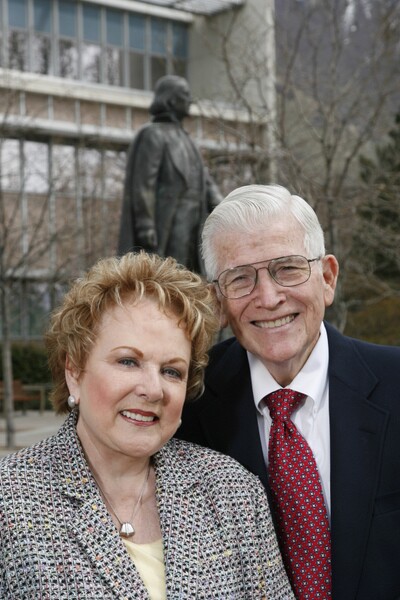 6 of 6
University.Fultons.jpg
Kylea Knecht/BYU Photo
1 of 6
Download this Gallery By clicking this link you agree to our Terms & Conditions
Related Articles
data-content-type="article"