After 21 years of leading BYU’s Mechanical Engineering Capstone program, Dr. Robert Todd is retiring – but not before he does one final victory lap.

The formula hybrid racecar designed and built by engineering students under Todd’s supervision took 1st place this past week at Dartmouth's 2012 Formula Hybrid Competition, an international event at the New Hampshire Motor Speedway.

Hybrid Blue, as they call the car, is the final version of formula race cars built under Todd’s watch over the last seven years. The past four years students have worked exclusively on the more challenging formula hybrid cars, with this year’s effort this first to take first place.

Todd is leaving BYU after overseeing more than 600 projects in the Capstone program over the past two decades.

“When we started Capstone, the industry was eager to partner to increase the relevancy of engineering education,” Todd says. “We’re building young men and young women and enabling them to hit the ground running and provide immediate value to employers as soon as they leave school.”

There were 32 Capstone projects this year, with students doing work for a slew of major companies, such as Polaris, Hewlett-Packard, GE and Boeing. Todd once again led the BYU-sponsored formula team, which was hoping to improve on last year’s 2nd-place finish.

Led by Todd, a team of 16 engineering students built BYU’s formula hybrid race car from the ground up, and then competed against 40 universities across the country and beyond at the 2012 Formula Hybrid event.

The team opened up the car for technical inspections –which they passed in flying colors – and then showed off what Hybrid Blue could do, setting a competition record in the acceleration run, placing first in the endurance run, and competing in the top in the autocross event and an agility race.

“Since it was the last hurrah and since it was Dr. Todd’s last year, it was first place or nothing for us,” said team member Jesse Goulding, a senior from Orem. “Our goal, our expectation, was to finish in first and we are so thrilled we met that goal.”

BYU teams have been competing in the Formula Hybrid challenge since 2009, but this year’s group made some major modifications to push them into the top spot.

Hybrid Blue has a 100-horsepower, 450-pounds-of-torque engine that runs off both a 72 lithium polymer-celled battery pack and E-85 Fuel, which improves the fuel economy without compromising the performance.

In the competition, BYU’s car completed a 22 kilometer endurance run with 75% of a full charge left in the battery and fuel left over in the tank.

The race car was also shortened by 14 inches over last year’s model, which helped shave off more than 80 pounds.

“We did everything we could to make the car lighter so we could get lots of acceleration and agility,” Dr. Todd said. ““These students have learned to work hard – probably harder than they’ve ever worked in their life.” 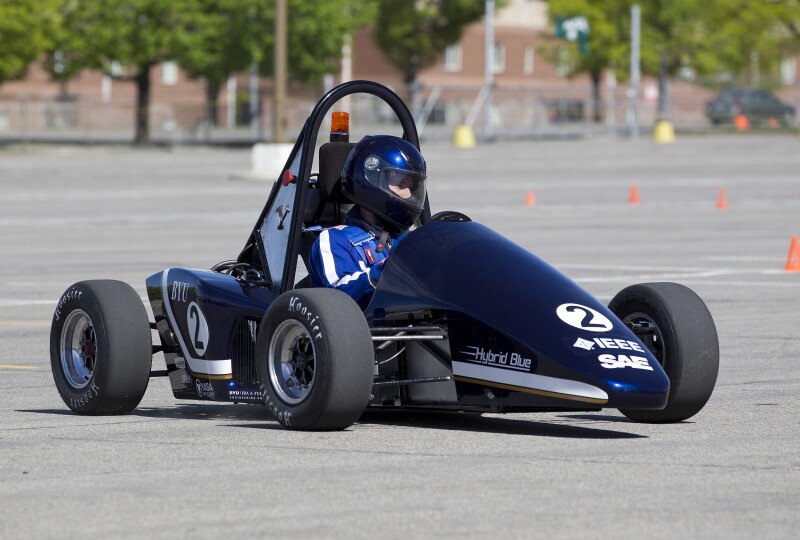 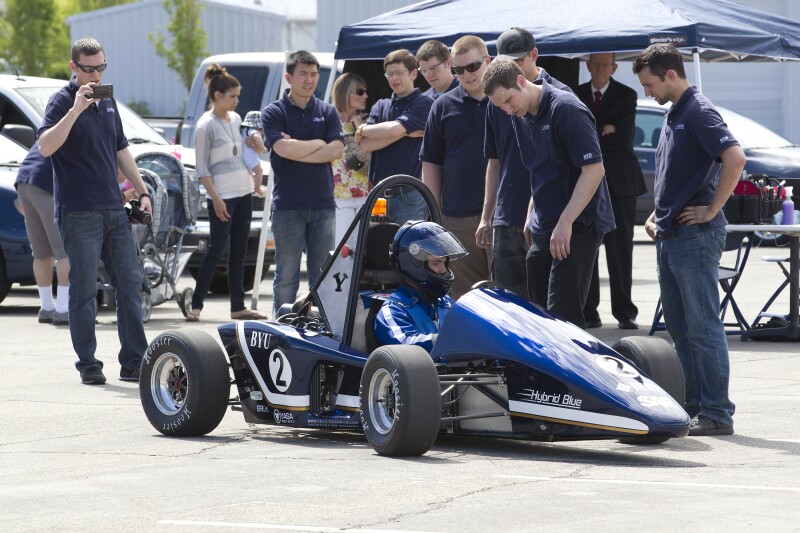 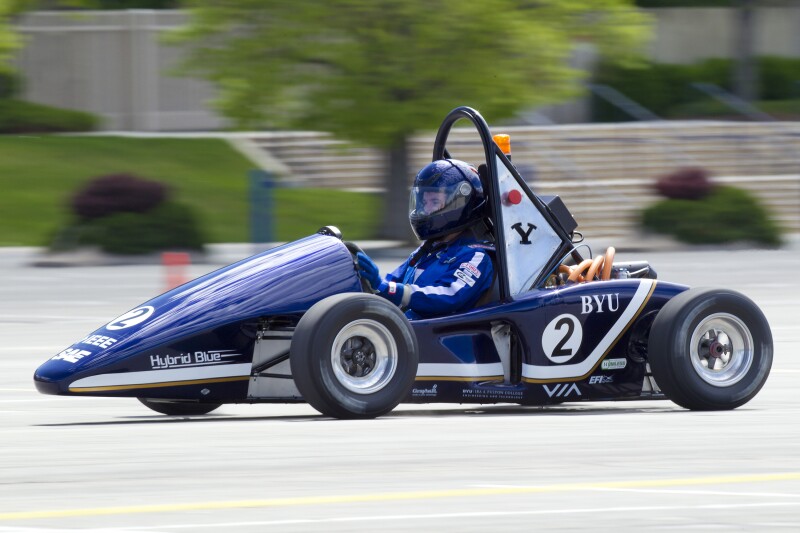 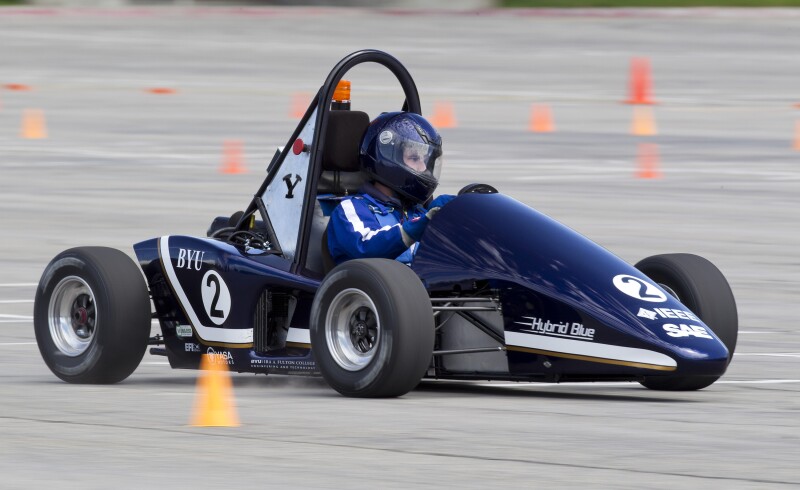 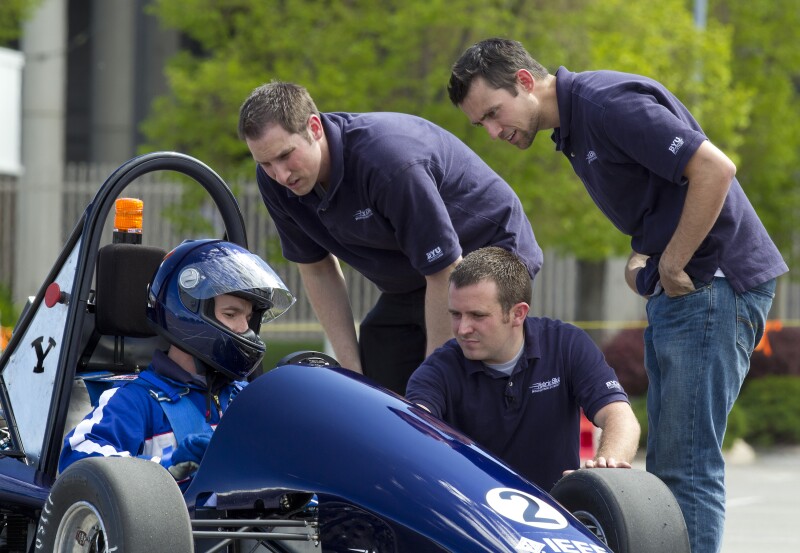 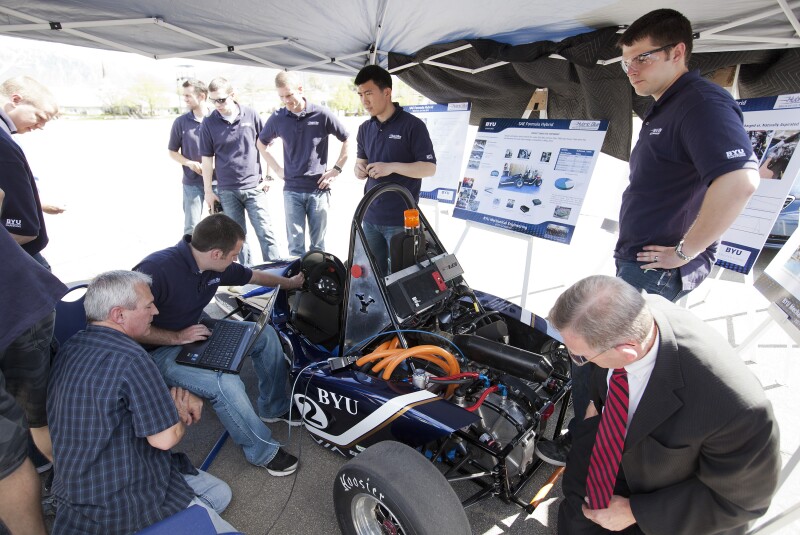 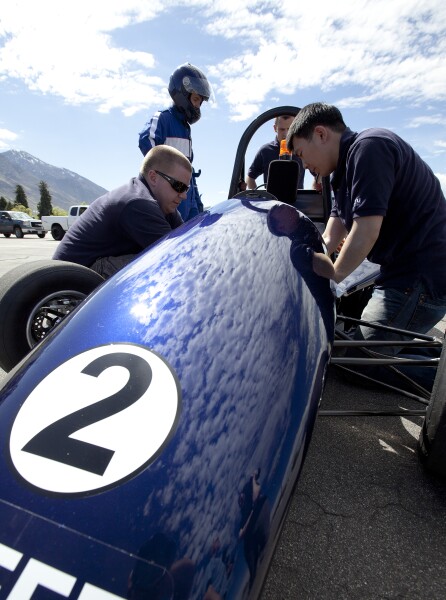 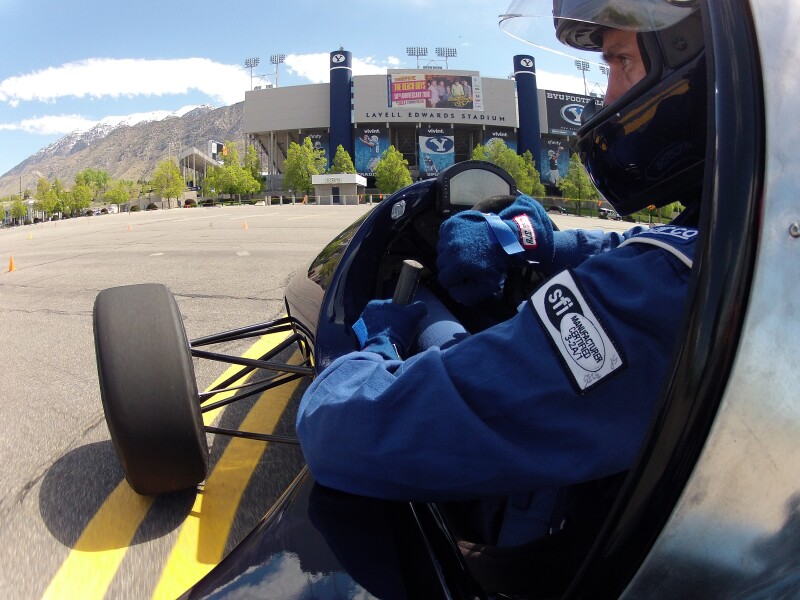