With a recent victory at the 2012 Institute of Food Technologists Student Association College Bowl Competition, Brigham Young University now holds more national wins than any other school. Since the competition’s inception in 1985, BYU has won four times -- in 1992, 1997, 2005 and 2012.

The IFTSA College Bowl Competition tests the knowledge of student teams from across the United States in the areas of food science and technology, history of foods and food processing, food law, and general IFT/food-related trivia.

The College Bowl is designed to facilitate interaction among students from different universities, stimulate the students' desire to accumulate and retain knowledge, and provide a forum for students to engage in friendly competition.

Teams for IFT Student Chapters in eight geographical areas of the Student Association compete in area competitions prior to the IFT Annual Meeting, where the College Bowl takes place. The winning teams from the eight areas then compete in a final competition at the Annual Meeting, held last month in Las Vegas. All finalists received a $1000 travel grant and the national champion earned a $1000 award.

For the last three years BYU was the runner-up in the Mountain West area, but this year they secured the area title while overcoming regional rival Chapman University in California to earn the bid to the College Bowl.

For more information contact Michelle Lloyd at (801)422-6328 or at michelle_lloyd@byu.edu. 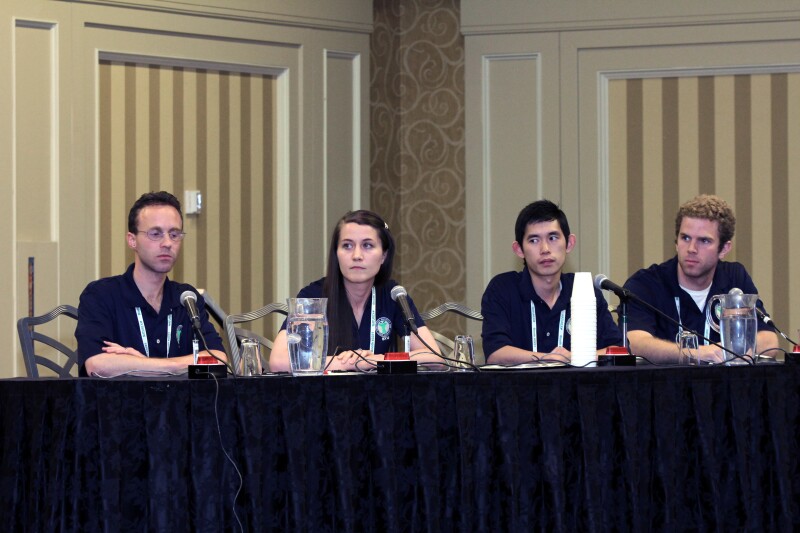 2 of 2
IMG_1704.jpg
Michelle Lloyd
1 of 2
Download this Gallery By clicking this link you agree to our Terms & Conditions
Related Articles
data-content-type="article"