A team of Brigham Young University student engineers this week unveiled a merry-go-round capable of turning children’s play into electricity.

The students’ prototype merry-go-round uses a direct current generator system to turn the rambunctious energy of kids into electricity that can light schoolhouses in places like rural Ghana. Six engineering students labored on the project for two semesters to develop a device complicated enough to capture and translate human energy into electricity, but simple enough to incorporate old car parts.

“Portions of the merry-go-round were made from parts found at a scrap yard, which is what people have to work with in Ghana,” said team leader Adrian Williams, a senior mechanical engineering major. “The project also promotes sustainable development because it is more than just lighting a schoolhouse, it is providing self-sustained education to these people so that they can be engineers and entrepreneurs themselves.”

The “Empower Playground” is the result of a senior capstone project in BYU’s Mechanical Engineering Department. The multidisciplinary team members, including four mechanical engineers, one industrial design student and one electrical and computer engineer, have meshed their undergraduate work with humanitarian elements that they said motivated them to do better at every stage. Williams’ teammates are Matthew Vogel, David Theurer, Aaron Worlton, Josh Farnworth and Elizabeth Despain.

“We learned a lot of things doing this project and have been able to take coursework, even concepts from this semester, and apply them to making sure the product functions the way we designed it,” Williams said. “We wanted to make sure we fulfilled those customer needs.”

The project is sponsored by Ben and Julie Markham, who spent time in Ghana on a mission for The Church of Jesus Christ of Latter-day Saints. Markham, a retired engineer, was initially attracted to the idea of human-powered energy after seeing children’s exuberant reaction to newly donated playground equipment at a Ghanaian school.

“These kids were so hungry for something to play with that educators had to fence the playground to keep them out when they were supposed to be in school,” Markham said. “I started thinking about all the energy going into that equipment and started to make some basic calculations.”

Markham and his wife hope to test the playground in Oda, Ghana later this year with the help of other engineers and Utahns with ties to the area. Ultimately, Markham said, they want to extend the system to include windmills, solar panels and larger batteries, using the gallon-of-milk-sized generator for all kinds of human-powered projects.

“The biggest challenge is matching the low speed of children playing on the merry-go-round to the high shaft speed required by the electrical generator,” Germane said. “The speed increase needed for the playground generator system exceeds that of the most common commercially available device, a windmill-driven electrical generator. The students needed to design a custom transmission to meet the unique requirements of the Empower system.”

Sponsor Markham hopes that the playground equipment will provide a cost-effective, much-needed service and also provide an outlet for fun physical activity. The equipment might even serve as a functioning science project, he said, a conduit to electricity and physics basics — scarce in many rural villages across Africa.

The merry-go-round is designed to produce 300 to 350 watts of electricity, enough to light three or four rooms from the same power that 60-pound children would expel climbing 10 feet of stairs in 35 seconds. 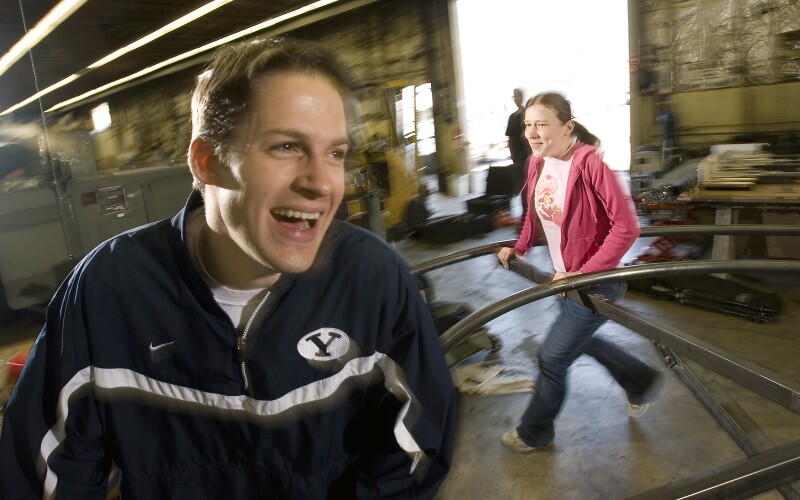 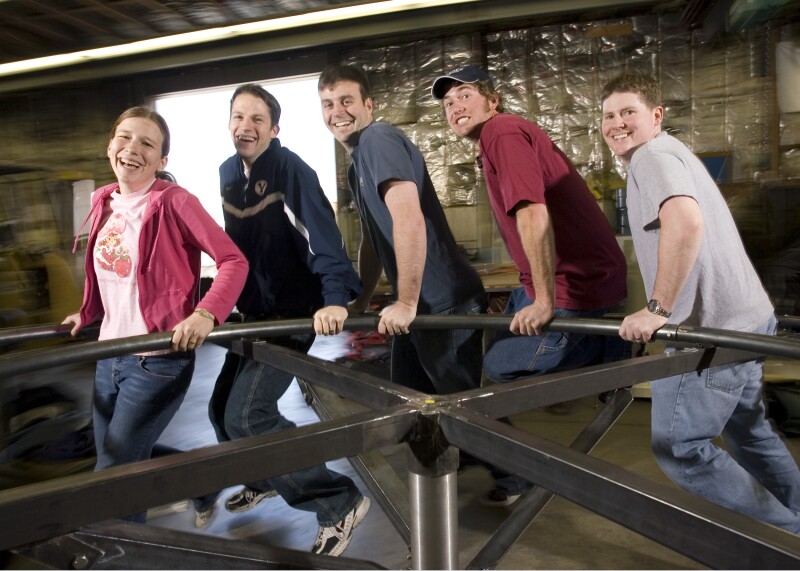 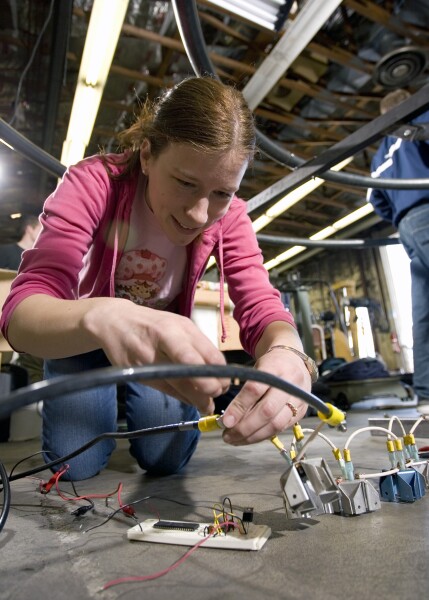 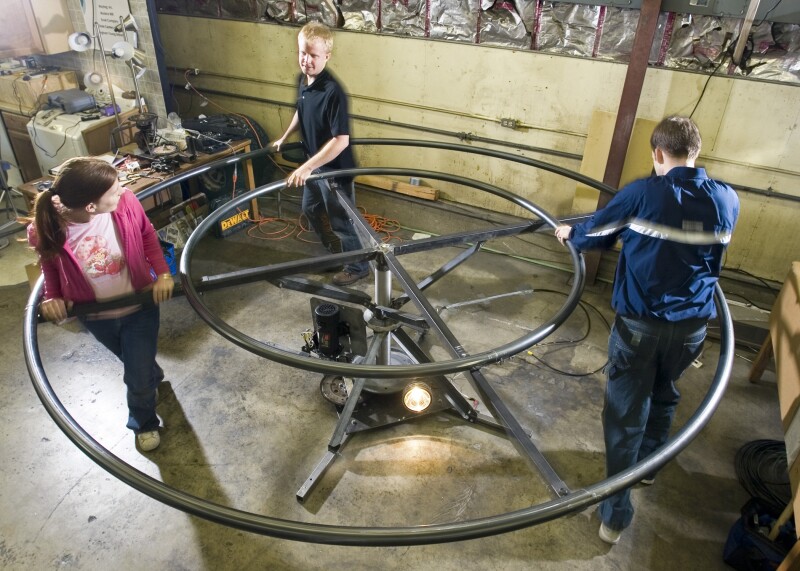 4 of 4
0704-03 114.jpg
Jaren S. Wilkey/BYU Photo
1 of 4
Download this Gallery By clicking this link you agree to our Terms & Conditions
Related Articles
data-content-type="article"