Elder David A. Bednar, member of the Quorum of the Twelve Apostles of The Church of Jesus Christ of Latter-day Saints, spoke at Tuesday’s BYU Devotional. He talked about identifying and obtaining eternal joy.

Before Elder Bednar began his devotional address, President Worthen shared these comments with the campus community:

“I would like to express my personal sympathy for all those impacted by the tragic incident involving one of our students yesterday. Our prayers go out on behalf of all affected, especially our student and their family. Such events try our hearts and stretch our souls. They should also cause us to be more aware of, and more caring for, the well-being of every individual in our community. In such situations, the “good tidings of great joy” which an angel announced outside Bethlehem more than two thousand years ago are more relevant than ever. We are blessed today to hear a message of that joy from an apostle of the Lord Jesus Christ. I plead with you to pay attention to the words he speaks and the thoughts and feelings you experience and then act on those promptings. You and others will be blessed if you do.”

Elder Bednar began his remarks by addressing the tragic incident that occurred on campus on Monday. After sharing his sadness and saying that he has been praying for campus, Elder Bednar invited attendees to reflect on the role of the Savior as a counsellor who can “direct thee for good.” He then invited attendees to further reflect on the Savior by reading all three verses of “Where Can I Turn for Peace?”

“With all the energy of my soul, I bear witness that Jesus Christ lives,” he said. “I promise you will receive the counsel you need from the Counsellor, The mighty God, The everlasting Father, The Prince of Peace.”

To preface the rest of his devotional message, Elder Bednar reflected on previous devotionals delivered at BYU. During his own time at BYU, he heard messages from men like Harold B. Lee and Bruce R. McConkie. During 2018, BYU has heard apostolic messages from Elder Ronald A. Rasband, Elder Neil L. Andersen, Elder Jeffery R. Holland and Elder Gerrit W. Gong.

“Their teachings and testimonies have influenced every aspect of my life. The Smith Fieldhouse [where devotionals were held prior to the construction of the Marriott Center] and this Marriott Center became two of my most important classrooms,” said Elder Bednar. “Devotionals constitute an important class at BYU that no one should miss.”

Elder Bednar then turned toward another role of the Savior: the source of eternal joy.

During a recent testimony meeting, Elder Bednar heard from a woman who said that she found joy because of the Plan of Salvation. Her entire demeanor – including the light in her eyes – affirmed to Elder Bednar the truthfulness of what she said. She radiated the light and joy of the Savior.

This experience reminded Elder Bednar of how often the idea of joy appears in hymns and scriptures. From “but with joy wend your way” to “joy to the world,” and 2 Nephi to John, the Savior’s message of eternal joy is pervasive in the gospel.

“But what is the joy about which we sing and teach?” Elder Bednar asked. “And how do we obtain it?”

While the dictionary tells us that joy is a feeling, Elder Bednar explained that the scriptures help us understand that joy is a condition that comes from righteous living.

“Our gospel perspective helps us to understand that joy is more than a feeling or emotion. Rather, it is a spiritual gift and a state of being and becoming,” said Elder Bednar.

Elder Bednar also described the difference between joy and fun. Joy comes from exercising faith in the Lord Jesus Christ, worthily receiving and faithfully honoring sacred ordinances and covenants, and striving to become deeply converted to the Savior and His purposes. Fun is the result of amusement, play and often boisterous action or speech.

According to Elder Bednar, a day on the rides at Disneyland is fun. Worthily preparing and participating in the ordinance of the sacrament is joyful. Joy is spiritual, enduring, complete and eternal. Fun is primarily temporal, shallow, partial and mortal.

“Never confuse or trade the enduring, deep joy of devoted discipleship for temporary and shallow fun. The Redeemer is the ultimate and only source of enduring and eternal joy,” said Elder Bednar.

“Because of Heavenly Father’s plan and the Savior’s Atonement, challenges and afflictions invite us to lift up our eyes to Jesus Christ, the true source of joy. The precious perspective provided by the restored gospel allows us to learn lessons that prepare us for eternity through the adversities of mortality…. Joy endures in times and through experiences that are both good and bad because of our knowledge of the Father’s plan and the Savior’s Atonement.”

Elder Bednar concluded by sharing that the congregation would do something atypical for a BYU devotional: sing a closing hymn. As he prepared the congregation to sing “Joy to the World,” he said, “May you begin to see with new eyes and hear with new ears as ‘saints and angels sing’ as we ‘repeat the sounding joy’ and as ‘we ever worship God.’”

Sister Michelle D. Craig, first counselor in the Young Women general presidency, will deliver the next BYU Devotional on Tuesday, December 11, at 11:05 a.m. in the Marriott Center. This will be the final devotional of 2018.

Her remarks will also be broadcast live on BYUtv, BYUtv.org, KBYU-TV 11, Classical 89 FM and BYU Radio. 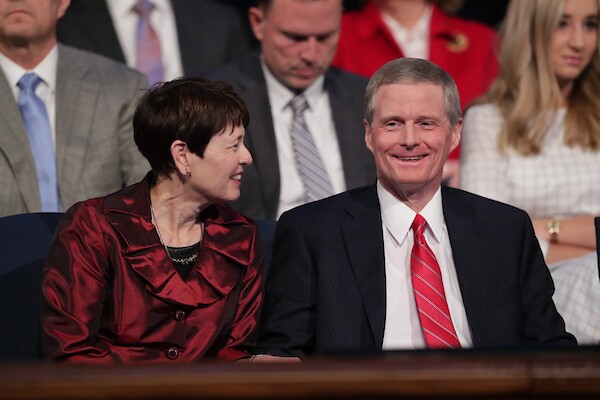 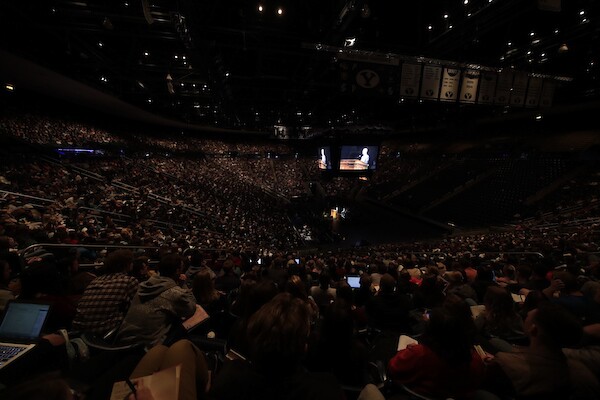 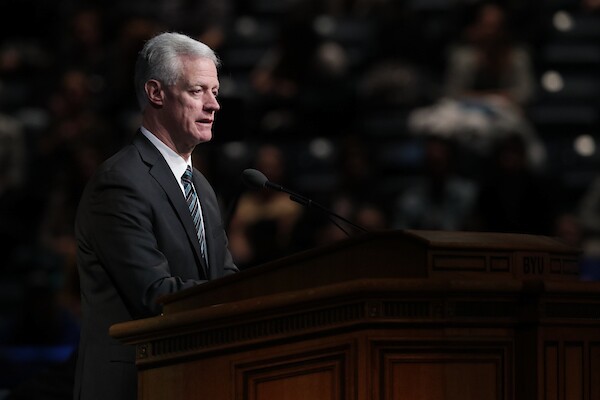 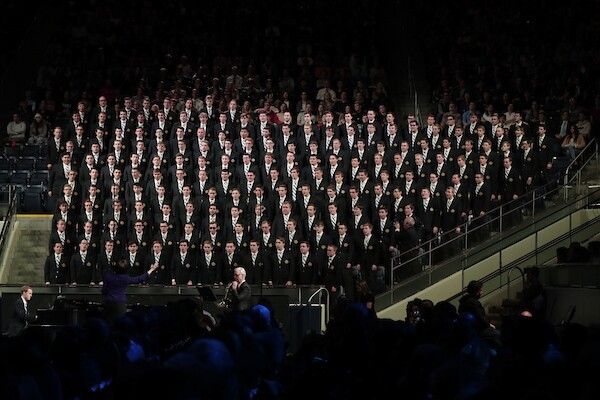 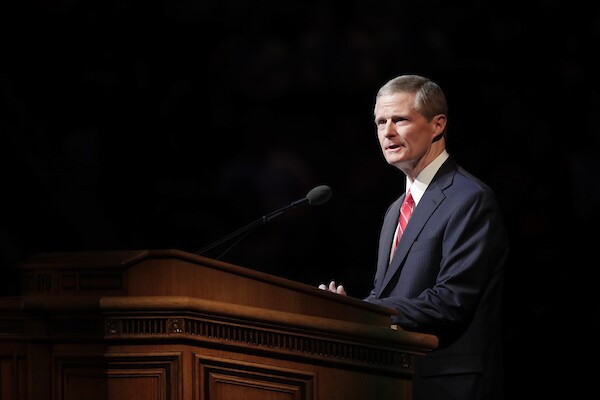