Brigham Young University President Cecil O. Samuelson has announced the naming of the Melvin J. Ballard Center for Economic Self-Reliance, which is housed at the Marriott School of Management. The naming recognizes Ballard’s contributions to the welfare system of The Church of Jesus Christ of Latter-day Saints.

The Ballard Center aims to use professional, business and academic skills to help alleviate poverty and solve social problems. The self-funded academic center oversees the university’s ongoing initiatives to help people become economically self-reliant and to support social innovators in their local and international efforts. In doing so, the center’s mission is to provide a model for economic self-reliance, support research efforts that address self-reliance and become a clearinghouse of content, information and connections for those interested in economic self-reliance.

President Samuelson says the center enriches the lives of the poor while giving students opportunities they might not otherwise have. “As our students have these very special experiences to go throughout the world, not only are they schooled by people who are experts in finance and self-reliance,” he says, “but they also have the opportunity to participate in a hands-on way, and that really does make a significant difference.”

The center has been helping students find opportunities to effect social change since 2003, but the center was renamed for Ballard to honor his life as a social innovator and advocate for the poor. Elder M. Russell Ballard, a member of the Church’s Quorum of the Twelve Apostles and Melvin J. Ballard’s grandson, spoke of his grandfather’s legacy at an event to mark the occasion.

“I’m grateful that his name has come back into view as having something to do with teaching self-reliance,” Elder Ballard said. “Generally, when we hear about welfare, it’s not often that you hear about Melvin J. Ballard, but he wore his life out putting into place a system that was centered on how people can develop personal and family self-reliance.”

As a member of the Church’s Quorum of the Twelve Apostles during the Great Depression, Melvin J. Ballard directed the implementation of the Church welfare program, then named the Security Program. The welfare program focused on giving those affected by the Depression a way to provide for their own families with long-term, sustainable efforts without making the individual simply a recipient of a handout. It has since grown into a worldwide system assisting millions of people every year and granting more than $1 billion in humanitarian aid since 1985.

“Apostle Melvin J. Ballard was a true pioneer in building and establishing self-reliance as a basis for individual conduct,” says Bob Gay, who, along with his wife, Lynette, initiated the endowment for the center. “We look forward with great anticipation to the Ballard Center’s future work with today’s social entrepreneurs around the globe as they work together on society’s most difficult and complex problems through innovative, pattern-breaking solutions.”

For this and other Marriott School news releases, visit the online newsroom at marriottschoool.byu.edu/news. 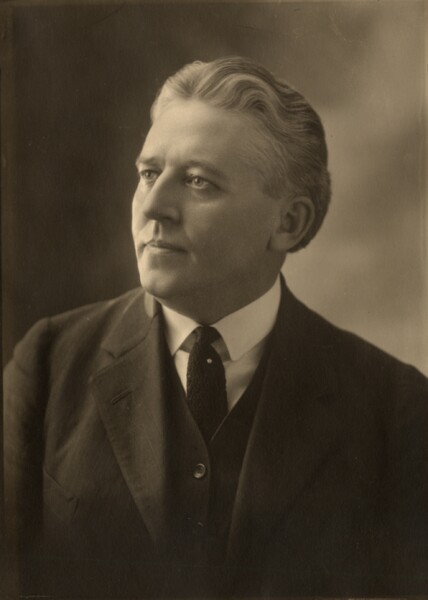 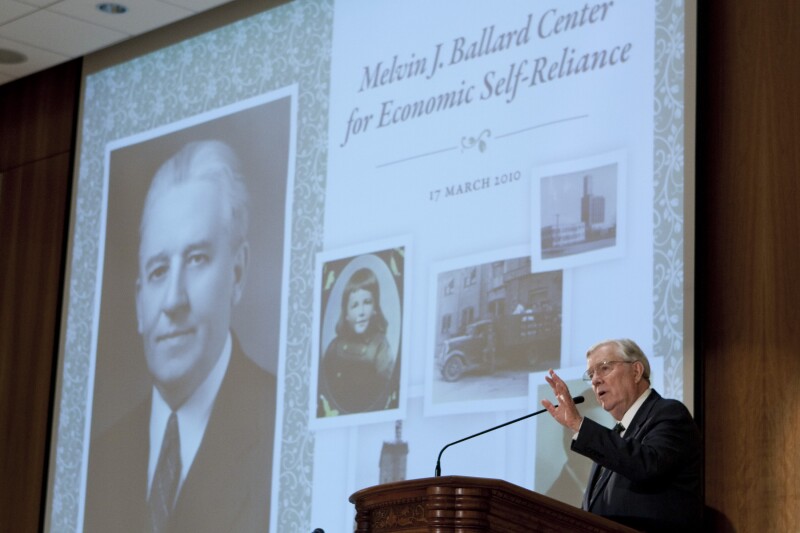 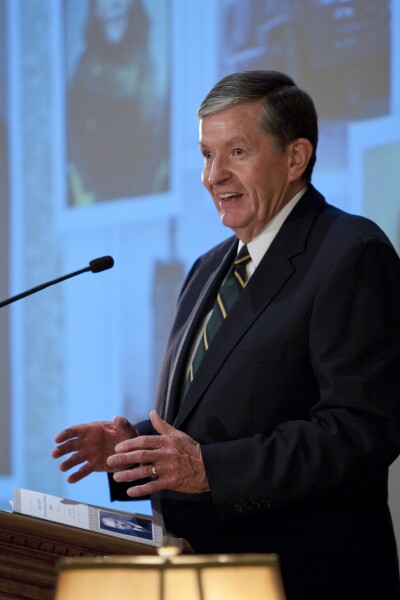 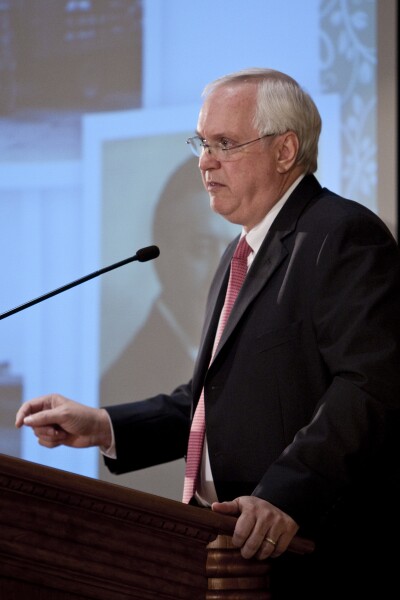 4 of 4
bob.jpg
Kenny Crookston/BYU Photo
1 of 4
Download this Gallery By clicking this link you agree to our Terms & Conditions
Related Articles
data-content-type="article"