The Brigham Young University David M. Kennedy Center for International Studies, in collaboration with Combat Films and Research, recently released “From the Masses to the Masses: An Artist in Mao’s China” on DVD for institutional purchase.

Produced by Eric A. Hyer, BYU associate professor of Chinese politics, with director Dodge Billingsley, the film follows the life of Jin Zhilin, a Chinese artist and professor at the China Central Academy of Fine Art, whose life and career were turned upside down by the political events in post-1949 China.

To purchase the movie, visit combatfilms.com/store_org.asp or the Beyond the Border Web site, beyondtheborder.org/masses.php. For more information, contact Eric A. Hyer at (801) 422-4699.

“Masses” is told in Chinese with English subtitles. Additional features include interviews with Jin and his students, Song Ruxin and Feng Shanyun, artists who hail from northern Shaanxi. A teacher’s guide may also be downloaded from Beyond the Border.

Hyer has studied and traveled extensively in China. He recently visited the country with Billingsley to film “Helen Foster Snow: Witness to Revolution,” and is working on a book called “Defining China: The Politics of China’s Boundary Disputes and Settlements.”

“From the Masses to the Masses: An Artist in Mao’s China” is the third program in the Beyond the Border series, which is a collection of films addressing war, geography, politics, history and current affairs. Produced by Combat Films and Research, the films examine events and trends around the world with an emphasis on international relations. 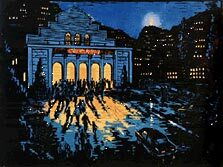 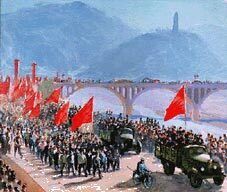 3 of 3
China3.jpg
Dodge Billingsley
1 of 3
Download this Gallery By clicking this link you agree to our Terms & Conditions
Related Articles
data-content-type="article"