The Peking Acrobats will travel from the People’s Republic of China to bring tumblers, contortionists, jugglers, cyclists and gymnasts to BYU. Live traditional Chinese music and high-tech special effects combine with the various acrobatic acts to create a showcase of culture.

Multiple schools throughout China are dedicated to teaching the 2,000-year-old acrobatic tradition. It takes ten or more years of extensive tutoring before a student can join a professional troupe.  Joining a troupe that tours internationally, like The Peking Acrobats, is even more challenging. The troupe is filled with some of the best talent that China has to offer.

In 2016, The Peking Acrobats celebrated their 30th anniversary. Their expansive career has included repeat tours throughout Europe, North America and other countries around the world. They continually add new locations each tour, expanding their exposure each year.

The Peking Acrobats have an expansive resume covering television and film in addition to their live performances.  They were featured in the film “Ocean’s 11” and have been on TV shows like “The Wayne Brady Show” and Fox’s “Guinness World Records: Primetime,” where they set the world record for the human chair stack.

The troupe is always taking their craft to new levels by incorporating cutting-edge technology. In 2011, the troupe filmed their 25th Silver Anniversary Tour using a 3D format available for NBC/Comcast Communications’ 3D channel.

The Los Angeles Times wrote, “The Peking Acrobats regularly passed from the seemingly impossible to the virtually unbelievable!” 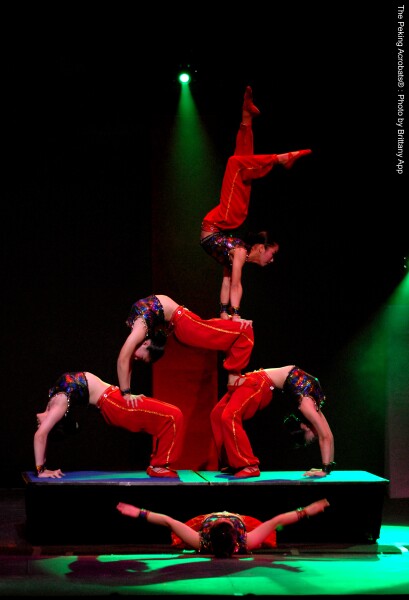 1 of 2
The Peking Acrobats
Brittany App 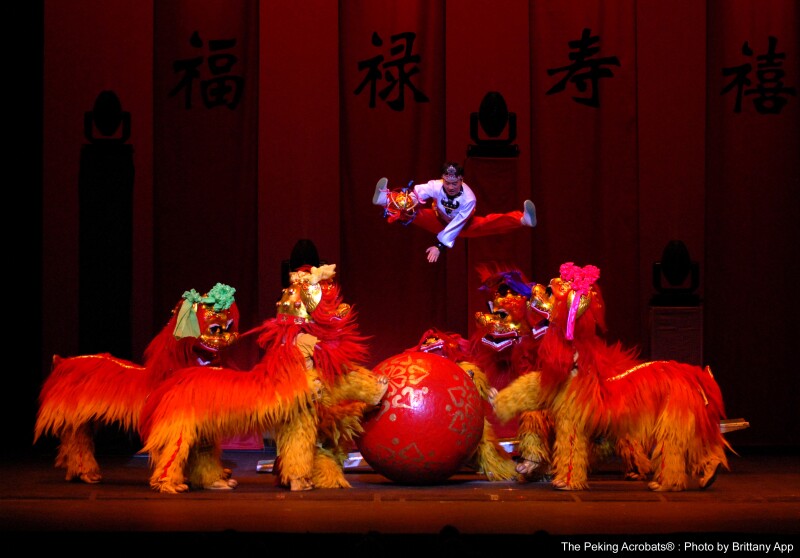 2 of 2
The Peking Acrobats
Brittany App
1 of 2
Download this Gallery By clicking this link you agree to our Terms & Conditions
Media Contact: Natalie Ipson
Related Articles
data-content-type="article"