Deep in the Tushar mountains, some three hours south of BYU’s campus, Ph.D. student Jordan Maxwell and two other students found themselves in deep snow, both literally and figuratively.

It was December 2014 and the students had just started field work under the tutelage of BYU professor Sam St. Clair for research on the impact of wildfires on snowpack levels. Unfortunately, the snowmobiles they’d been using could go no further and there were still dozens of measurements they needed to take.

“So, we put on our skis and got to work,” Maxwell said.


The students would go on to log between 15 and 20 miles of backcountry skiing each day in the field, measuring snow depth levels and snow water equivalency at 30 sampling spots within the footprint of the Twitchell Canyon Fire, a 2010 mega-fire that consumed 45,000 acres and was the largest active wildfire in the United States at the time.

Wildfires are increasing globally, both in the number and the size of the fires, and there’s a total knowledge gap for what that means in terms of water security.


The team also measured the presence, height and diameter of trees at each location and whether or not those trees were killed by the fire. After crunching the data, collected over that winter and the next, they found pretty impressive numbers: there was an 85% greater snow depth in areas that burned completely compared to areas that didn’t burn at all.

“Fires mean more snow into the system initially because of reduced trees that usually block and hold the snow temporarily on branches,” said St. Clair, a professor of plant and wildlife sciences. “It’s a really good outcome for north-facing slopes where the snowpack will hold in the shade, but If you’ve got a south-facing (sun-exposed) aspect with a deep snowpack and a rapid spring melt, now there is a higher chance of erosion, loss of nutrients and potential of flooding for downstream communities. The larger and more severe the wildfire, the increased flood potential for valleys.”

The research also revealed a 15% increase in snow-water equivalent — the amount of water contained within the snowpack — for every 20% increase in tree mortality in the burned areas.

The findings, recently published in Environmental Research Letters, represent the first study to examine the effects of burn severity on snow accumulation and water equivalence using direct measures. The researchers believe the study has considerable implications for water forecasting, especially given that snow-water resources from mountain watersheds provide fresh water for over 20% of the global human population and more than 65% of Utah’s water resources.

According to St. Clair, the new data helps paint a more complete picture on water security. To estimate future water resources, he said hydrologists should not only consider topography, aspect (north vs. south facing slopes) and how wet or dry a winter is, they also need to account for the increasing number and severity of wildfires and burn potential to properly assess the risks for flooding and drought.

“Wildfire regimes are changing forest ecosystems, and now we know they’re impacting water hydrology too,” St. Clair said. “This is our future — increased fired due to climate change. As a fire ecologist, this research is now in the center of what everyone cares about.”

Added Maxwell: “This project was impactful in the scientific community because it shows that not only an increase in the number of fires or in the area they burn, but also the severity of the fire, may have a large effect on the amount and quality of water that's available for us to use. As climate anomalies become more frequent, we have seen and will likely continue to see more severe fires.” 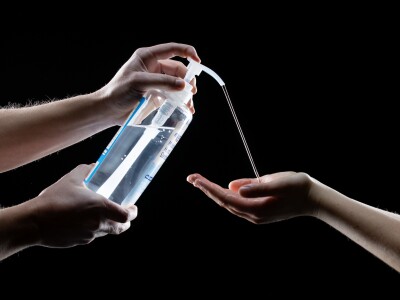