U.S. public health officials looking to boost COVID-19 vaccination rates to herd-immunity levels should take note of one easy, low-cost strategy used for flu shots. A newly published mega-study co-authored by a BYU professor showed that sending patients text message reminders to get a flu shot at their routine appointments increased vaccination rates by up to 11%, enough to make a significant impact in national immunity.

The research suggests that text messaging interventions may be especially effective in nudging certain groups to get vaccinated. While the U.S. COVID-19 vaccination effort has been moving along—with more than half of eligible Americans now at least partially vaccinated—a recent CDC report showed that about 8% of those who received their first dose (about five million people) have missed their second dose. And although some Americans will likely never be persuaded to get the shot, a sizeable number fall somewhere in the middle in their inclinations, neither anxious for a vaccine nor opposed to getting one.

“A lot of people have good intentions to do things that are in both society’s and the individual’s interest, like getting vaccinated, but for whatever reason—they forget, they procrastinate—they’re not following through,” said BYU Marriott School dean Brigitte Madrian, who helped design some of the text messaging protocols used in the study. “The big question is, how do you motivate that group to actually go get the vaccine?”

Approaching that question with human psychology in mind and using the flu shot as a model, dozens of behavioral scientists led by UPenn’s Behavior Change for Good Initiative experimented with 19 different text message interventions to encourage patients to get a vaccine at their next doctor’s appointment. The messages ranged from simple reminders to jokes and interactive quizzes. Nearly 50,000 patients in the Northeastern U.S. received one of the text messaging protocols in fall 2020. The research was published in the Proceedings of the National Academy of Sciences.

Of the 19 text variations, about one third significantly increased the number of people opting for the vaccine. The most successful intervention was a series of two straightforward texts, sent 72 and 24 hours before the appointment, emphasizing that a vaccine had been specifically reserved for the patient.

“Previous research shows that one approach that works well is to give people a default appointment to show up and get their flu shot, even though at most flu shot clinics nobody actually needs an appointment,” Madrian explained. “The most effective text messaging intervention in our research operated on the same principle, telling patients, ‘Come and get this flu shot, because it has your name on it.’”

Physicians and clinics can use this text template to help maintain momentum in COVID-19 vaccination efforts, Madrian said.

In addition to the straightforward text messages, other interventions in the study involved more novel approaches. The text messages Madrian helped to write used quizzes to frame getting the flu shot in context of other healthy behaviors individuals might engage in, such as getting enough sleep or eating fruits and vegetables. The more successful quiz first asked questions that were difficult to say yes to (“Yesterday, did you walk at least 10,000 steps?”) and then encouraged patients to get a flu shot as a way to make themselves feel better about their health.

“We think about things in relative terms, so comparing the flu shot to difficult health behaviors is one way to highlight that getting a vaccine at the doctor’s office tomorrow is easy,” Madrian said.

In general, however, the more creative approaches, including using jokes to get a patient’s attention, were less effective than using direct communication similar to what patients expected from their healthcare provider.

While there are other known ways to encourage vaccinations—locating clinics near a population’s everyday activities, for example—the particular strength of text messaging interventions is their convenience, which may make them especially helpful in the urgent battle against COVID-19.

“Our results suggest a promising way to encourage COVID-19 vaccinations at scale,” said Wharton School of the University of Pennsylvania professor Katy Milkman, the lead author of the study. “We can potentially help save lives for less than ten cents per person.” 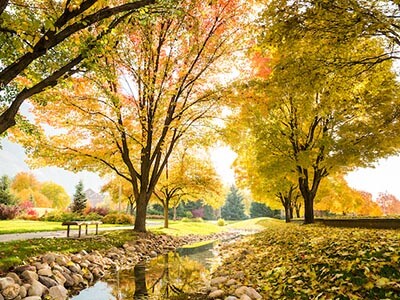