In the longest study to date on the effects of social media on teens, BYU research found a correlation between time spent on social media and suicidality risk among teenage girls.

As teens’ use of social media has grown over the past decade, so too has the suicide rate among younger people, with suicide now being the second leading cause of death among those ages 10 to 34. Many have suggested that social media is driving the increased suicide risk, but because social media is still relatively new, it’s been difficult to determine its long-term effects on mental health.

In the longest study to date on social media use and suicidality, BYU research recently published in the Journal of Youth and Adolescence now offers some answers.

Through annual surveys from 2009 to 2019, researchers tracked the media use patterns and mental health of 500 teens as part of the Flourishing Families Project. They found that while social media use had little effect on boys’ suicidality risk, for girls there was a tipping point. Girls who used social media for at least two to three hours per day at the beginning of the study—when they were about 13 years old—and then greatly increased their use over time were at a higher clinical risk for suicide as emerging adults.

“Something about that specific social media use pattern is particularly harmful for young girls,” said BYU professor Sarah Coyne, the lead author of the study. She noted that girls’ social tendencies likely make them more susceptible to the negative effects of social media.

“Research shows that girls and women in general are very relationally attuned and sensitive to interpersonal stressors, and social media is all about relationships,” Coyne explained. “At 13, girls are just starting to be ready to handle the darker underbelly of social media, such as FOMO (fear of missing out), constant comparisons and cyberbullying. A 13-year-old is probably not developmentally ready for three hours of social media a day.”

That said, in most cases, Coyne doesn’t recommend parents ban teenage daughters from social media, which can backfire by leaving them poorly prepared to manage their media use as adults.

“Thirteen is not a bad age to begin social media,” said Coyne, whose own 13-year-old daughter just joined TikTok. “But it should start at a really low level and should be appropriately managed.”

Coyne suggests that parents limit young teens’ social media time to about 20 minutes a day, maintain access to their accounts and talk with teens frequently about what they’re seeing on social media. Over time, teens can gradually scale up their social media use and autonomy.

“The goal is to teach them to be healthy users of social media, to use it in a way that helps them feel good about themselves and connect with other people, which is its real purpose. It’s parents’ job to scaffold or pre-arm children so that they can deal with some of the heavy stuff that often comes with using social media.”

For young adults who feel they’ve already developed suboptimal social media habits, Coyne is optimistic that they can make a change. As her previous research has shown, social media can be a positive experience for teens and people of any age if they use it well.

Good habits include logging on for a purpose and actively participating rather than passively scrolling, as well as unfollowing those who are exclusionary or have a negative influence.

“I would love for every BYU student to be mindful about the ways they’re using social media, how it’s working for their mental health and how it’s harming their mental health. And then just to avoid doing those harmful things, whatever they are,” said Coyne. “I think that could have a significant impact on our community.”

Are you struggling with suicidal thoughts or do you know someone who is? Contact the National Suicide Prevention Hotline. 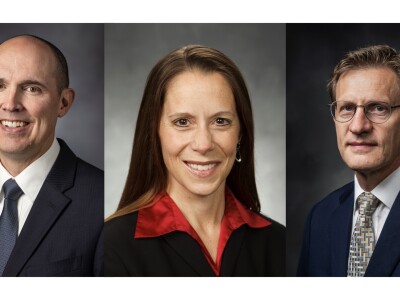