Brother Pace cited examples of faith throughout the scriptures, in the lives of the early Saints and from the lives of God’s children today.

In The Book of Mormon, the prophet Moroni writes about the Jaredites – a people who rejected the prophets and abandoned their faith, and consequently missed out on blessings from heaven. Brother Pace pointed to Ether chapter 12, where Moroni pauses his writings about the Jaredites to begin teaching about the value of faith and its role as the antidote to wickedness.

1. Follow the Lord’s living prophet
Brother Pace told the faith-filled story of Charles Walker, an English immigrant who had joined the church as a teenager and heeded the prophet's instructions to come to America and migrate west.

Upon reaching Salt Lake City, Walker was called by the Prophet to help settle the “cotton country” in southern Utah. Walker and his wife left their new life in Salt Lake City and began their difficult journey to Saint George.

Despite their hardships, Walker acknowledged one of the blessings of his faith by penning the lyrics to hymn number 96 "Dearest Children, God Is Near You."

"Charles Walker put his trust in God, and he was blessed," said Brother Pace. "The faithfulness of Charles Walker preceded the miracle of a righteous posterity."

When the Merchans emigrated from Ecuador to Spain, they were unable to attend their Sunday meetings due to their work schedules, but they continued to be as involved in the Church as they could manage. Three years later, their work schedule improved, and they were able to attend their meetings. However, reaching their Sunday meetings included a 70 km train ride which resulted in 11 hours of travel every Sunday.

“Contemplate the price Brother and Sister Merchan were willing to pay to establish faith and conversion in their lives and in the lives of their children,” Brother Pace said. “They exercised their faith and left the miracle in the hands of the Lord.”

Many miracles followed the faith of the Merchans: the Church established a closer branch, and the family has been blessed by temple and missionary work.

3. Participate in home-centered gospel learning
Upon extending his calling as Sunday School General President, President Russell M. Nelson told Brother Pace that the most important part of his calling was to advocate for the new Come, Follow Me program.

Several apostles have echoed President Nelson's call to focus our homes on studying the gospel as a way to protect against the influence of the adversary.

“Studying the scriptures, with the Come, Follow Me resource as our guide, is like painting the doorposts of our home with the blood of the sacrificial lamb, as the children of Israel did while in bondage,” Brother Pace said.

4. Pay tithes and offerings
Brother Pace encouraged tithing as a way of living in faith rather than as a convenient option when there is extra money to go around.

While serving as a bishop, Brother Pace met with two young couples during tithing settlement. The first couple apologized for not paying a full tithe, citing unforeseen expenses, tuition for school and the cost of living. The second couple had similar expenses but paid their tithing nearly every week.

“The amounts were usually quite small, but they were consistent," said Brother Pace. "I was impressed with how their humble donations added up to a magnificent miracle as the Lord provided for their family and they remained worthy of their temple blessings.”

5. Attend the temple
When Brother Pace and his wife were looking for a miracle of their own, they made a commitment to attend the temple every week for 12 months.

They attended each week, either separately or alone, exactly as they had promised. This goal meant early morning temple sessions, and sometimes two sessions a week to account for a scout trip the next.

“I am not suggesting that the Lord expects you to attend the temple every week,” Pace said. “What I am saying is that miracles come only after we exercise faith.”

Pace closed with blessing those in attendance that they may establish patterns of faith now that will precede miracles needed in their lives.

“I commend you for the goodness of your lives and your devotion to the Savior and His gospel,” he said. “How noble you are, and how valuable is your contribution. You are – and will continue to be – a great strength to the Lord’s work.”

Next Forum: Bishop W. Christopher Waddell, Jr., second counselor in the Presiding Bishopric of The Church of Jesus Christ of Latter-day Saints

Bishop Waddell will deliver the Devotional address on Tuesday, November 5, at 11:05 a.m. in the Marriott Center.

His remarks will be broadcast live on BYUtv, BYUtv.org, KBYU-TV 11, Classical 89 FM, BYUradio. 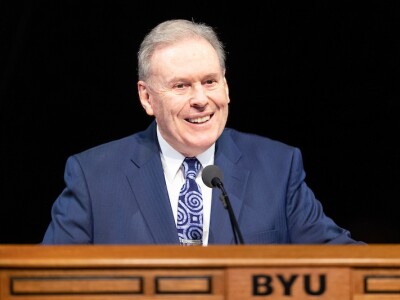 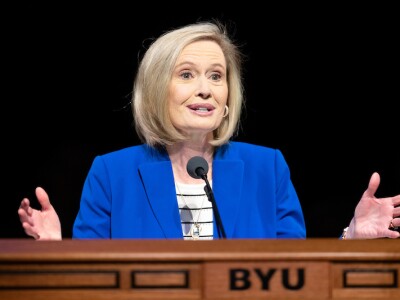 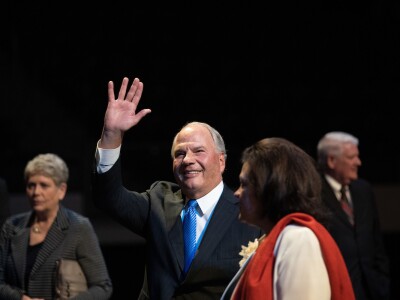