Every Tuesday at 11:05 a.m., students, faculty and staff head to the Marriott Center for the weekly Devotional or Forum address. BYU President Kevin J Worthen and his wife Peggy kick off the semester and are followed by members of the leadership of The Church of Jesus Christ of Latter-day Saints, BYU employees and a range of industry leaders and thinkers. Entertainment assemblies celebrating the talent of BYU Arts round out the semester schedule.

Devotional and Forums are open to the public and most are broadcast and streamed live on BYUtv, Classical 89 FM and BYUradio, and will be archived on speeches.byu.edu.

About the Fall 2019 Devotional and Forum Speakers

Kevin J Worthen began serving as the 13th president of Brigham Young University on May 1, 2014. He previously served as BYU's advancement vice president and as dean of its J. Reuben Clark Law School, where he is the Hugh W. Colton Professor of Law.

President Worthen was born in Dragerton (now East Carbon-Sunnyside), Utah, and grew up in nearby Price. After serving a mission for The Church of Jesus Christ of Latter-day Saints in Monterrey, Mexico, he earned an associate degree at the College of Eastern Utah (now USU Eastern). He then received his Bachelor of Arts in political science and his Juris Doctor from BYU.

Following his graduation from the J. Reuben Clark Law School, President Worthen served as a law clerk to Judge Malcolm R. Wilkey of the U.S. Court of Appeals for the D.C. Circuit and Justice Byron R. White of the U.S. Supreme Court. After three years of private practice with the law firm of Jennings, Strouss & Salmon in Phoenix, Arizona, President Worthen joined the BYU Law School faculty in 1987. In 1994, he was a Fulbright Scholar at the University of Chile Law School in Santiago. He has published extensively on a number of legal topics, with particular emphasis on federal Indian law and the rights of indigenous peoples.

President Worthen currently serves as an area seventy in The Church of Jesus Christ of Latter-day Saints.

President and Sister Worthen have three children and five grandchildren.

Peggy Sealey Worthen, born and raised in Price, Utah, is the second oldest of five children. She is married to Kevin J Worthen, current president of Brigham Young University.

Early in their marriage, Peggy worked in a number of jobs to support their family, including as a receptionist for U.S. Senator Jake Garn, as Kevin finished his education and started his career. She was able to return to school when Kevin began teaching, and she graduated with a degree in English from BYU in 2003, the same year their oldest son graduated from high school. She has taken a number of courses since then, including two years of Norwegian.

Hmong American writer and author Kao Kalia Yang was born in the Ban Vinai Refugee Camp in Thailand and came to Minnesota as a refugee with her family in 1987. Her first book, “The Latehomecomer: A Hmong Family Memoir,” is a firsthand account of the journey that many Hmong people made from place to place in order to find home. It is the first Hmong-authored book to gain national distribution from a literary press. Yang’s latest book, “The Song Poet: A Memoir of My Father,” is the first Hmong book to ever receive national recognition.

Michael A. Dunn is the managing director of BYU Broadcasting and oversees BYU's radio, television and digital channels, including BYUtv. The former general manager of KUED Channel 7, Dunn has worked in broadcasting and media production for more than 30 years. Among his peer distinctions are a gold and a silver medal from the New York Film Festival and four CLIOs – an award considered the Oscar of the advertising industry. He also garnered two Emmy nominations – one of which earned the Emmy Award for Public Service in 1992 from the National Academy of Television Arts and Sciences.

For the 16 years prior to his public television experience he founded and operated Dunn Communications, Inc., a Salt Lake City advertising agency and film production company. In the spring of 2000 he was honored by the American Advertising Federation, Utah Chapter, as the inaugural recipient of the Advertising Professional of the Year Award.

Brigitte C. Madrian is the dean and Marriott Distinguished Professor in the Brigham Young University Marriott School of Business where she has a joint appointment in the Department of Finance and the George W. Romney Institute of Public Service and Ethics. Before coming to BYU, she was on the faculty at the Harvard Kennedy School (2006-2018), the University of Pennsylvania Wharton School (2003-2006), the University of Chicago Graduate School of Business (1995-2003) and the Harvard University Economics Department (1993-1995). She is also a research associate at the National Bureau of Economic Research and served as co-director of the NBER Household Finance working group from 2010-2018.

Madrian’s current research focuses on behavioral economics and household finance, with a particular focus on household saving and investment behavior. Her work in this area has impacted the design of employer-sponsored savings plans in the U.S. and has influenced pension reform legislation both in the U.S. and abroad. She also uses the lens of behavioral economics to understand health behaviors and improve health outcomes.

A bi-weekly columnist for The New York Times and a regular analyst on PBS Newshour and NPR’s “All Things Considered,” David Brooks is a keen observer of the American way of life and a savvy analyst of present-day politics and foreign affairs. His New York Times bestseller “The Road to Character” explains why selflessness leads to greater success. Brooks worked at The Weekly Standard, joining the magazine at its inception. He was also a contributing editor at Newsweek and Atlantic Monthly before working nine years at The Wall Street Journal, where he became the op-ed editor.

Mark L. Pace is the Sunday School General President of The Church of Jesus Christ of Latter-day Saints.

Pace was born in Buenos Aires, Argentina, on January 1, 1957. He married Anne Marie Langeland in 1978. They are the parents of seven children and 17 grandchildren.

Bishop W. Christopher Waddell is the second counselor in the Presiding Bishopric of The Church of Jesus Christ of Latter-day Saints.

Waddell received a bachelor’s degree in 1984 from San Diego State University. Beginning in 1984 he worked with Merrill Lynch in several positions, including first vice president of investments.

He was born in Los Angeles, California, on June 28, 1959. He married Carol Stansel in July 1984. They are the parents of four children.

Elder Dale G. Renlund is an apostle of The Church of Jesus Christ of Latter-day Saints.

After receiving Bachelor of Arts and Doctor of Medicine degrees from the University of Utah, Elder Renlund received further medical and research training at Johns Hopkins Hospital. He was a professor of medicine at the University of Utah and the medical director of the Utah Transplantation Affiliated Hospitals (UTAH) Cardiac Transplant Program.

Elder Renlund was born in Salt Lake City, Utah, in November 1952. He married Ruth Lybbert in 1977. They are the parents of one daughter.

Sister Jean Barrus Bingham is the 17th general president of the Relief Society, one of the world’s largest women’s organizations. At the time of her call in April 2017, she was serving as first counselor in the Primary General Presidency of The Church of Jesus Christ of Latter-day Saints. She also served on the general board of the Primary, the Church’s organization for one million children who are 11 and younger.

The Provo, Utah, native is the third of Robert R. and Edith Joy Clark Barrus’s nine children. Her childhood and youth were spent in Texas, Minnesota and New Jersey.

She taught English as a second language to elementary students at a private school, in addition to teaching immigrants and others for nonprofit organizations. She also worked as a nurse’s aide. 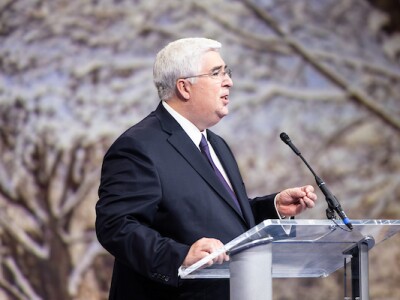 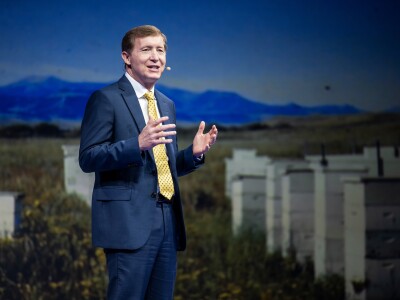