BYU professor, students involved in one of ‘the most exciting archaeological finds of the year’


A group of BYU archaeologists spent their summer at the ancient Jewish village of Huqoq near the Sea of Galilee in Israel, uncovering an ancient synagogue mosaic with rare biblical depictions.

The 1500-year-old mosaic was initially discovered in 2012, and over the ensuing years BYU has been part of a team involved with meticulously uncovering new discoveries relating to the village’s synagogue.

“These discoveries are extremely rare,” said Matthew Grey, associate professor of ancient scripture at BYU and area supervisor on the Huqoq Excavation Project. “They promise to make a significant contribution to the study of ancient Jewish art and synagogue worship, as well as the understanding of biblical stories within Jewish communities during the late Roman period.”

Five students working through the BYU Jerusalem Center for Near Eastern Studies accompanied Grey on the project. They worked alongside colleagues from the University of North Carolina at Chapel Hill, Baylor University and the University of Toronto.

“The Huqoq mosaics are unusually rich and diverse,” said Jodi Magness, a professor of early Judaism from UNC Chapel Hill who is directing the excavation. “In addition, they display variations on biblical stories which must represent oral traditions (midrashim) that circulated among the local Jewish population.”

Other discoveries from this past summer include a mosaic depiction of the Greco-Roman sun god Helios encircled by signs of the zodiac and a scene showing the construction of a large tower, which experts infer to be the Tower of Babel.


This year’s discoveries have been referenced by Forbes as being among the most exciting archaeological finds of the year.

Past discoveries at Huqoq include mosaics depicting biblical scenes such as Noah’s ark (Genesis 6:9–22), the drowning of Pharaoh’s army in the Red Sea (Exodus 14:23–31), Samson and the foxes (Judges 15:1–5) and Samson carrying the gate of Gaza on his shoulders (Judges 16:1-3). Another mosaic discovered in the synagogue’s east aisle in 2013 and 2014 depicts the first non-biblical story ever found decorating an ancient synagogue — possibly the legendary meeting between Alexander the Great and the Jewish high priest. 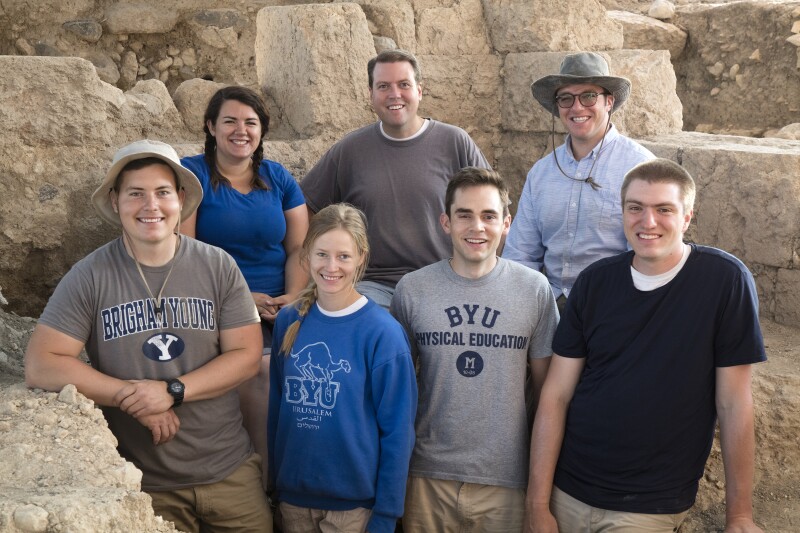 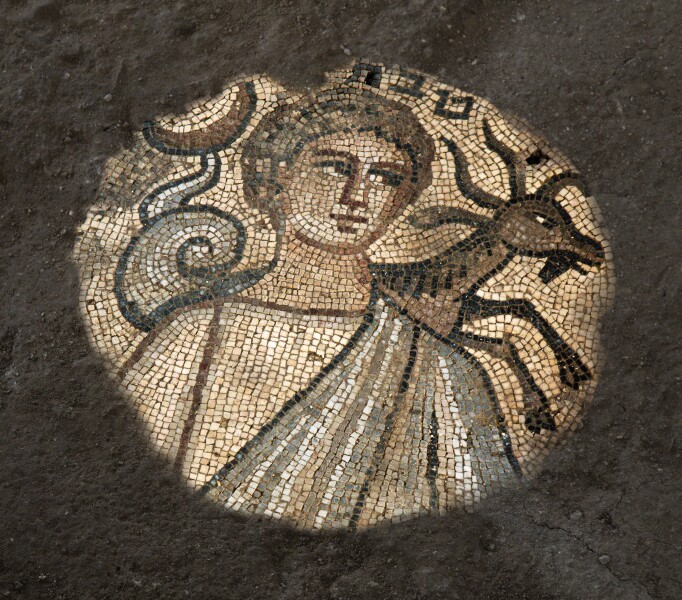 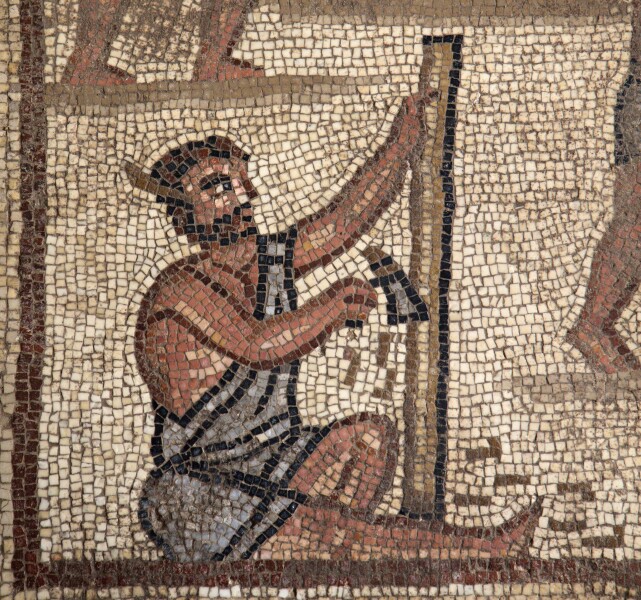 3 of 3
Mosaic Showing Construction of the Tower
Nate Edwards/BYU Photo
1 of 3
Download this Gallery By clicking this link you agree to our Terms & Conditions
Media Contact: Jon McBride
Tags
Archaeology
Related Articles
data-content-type="article" 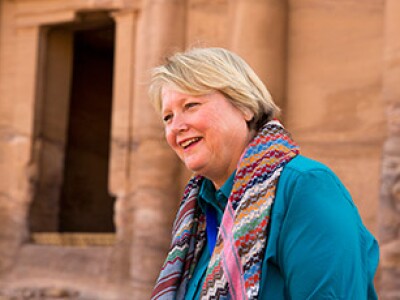 Intellect
Reviving ancient technology to save a monument
Seeing Petra in person is unforgettable, but this visually-stunning look is as close as you'll get to the real thing. See how students and their professor are saving a piece of the park.