Supermileage vehicle is all about the mpg, not the mph

For most people, having a car that can clock 50 miles per gallon is a dream. For a group of BYU engineering students, anything less than 1,000 mpg is a disappointment.

The students have built a car that needs only one gallon of fuel to travel roughly the distance from Utah to Michigan, which just happens to be the place they competed this month at the SAE Supermileage Competition.

BYU's supermileage car bested the competition at the annual event to determine which university has created the most fuel-efficient vehicle in North America, registering a top mark of 1,331 mpg.

“It comes down to the smallest little details on race day,” said Gary Ellingson, one of seven engineering majors who built the car. “At the end of the day, it’s the team with the best run.”

During the competition, every team was given about 20 grams of fuel to race around a 10-mile track. Each car had to average 15 miles per hour during the run, and then afterwards the fuel tank was re-measured to see how much fuel was used. Judges then deduced the mpg capability based on the leftover fuel.

To maximize fuel efficiency, the BYU team added ceramic insulation to the lawn-mower engine they were required to start with, and then increased the 8-to-1 engine compression ratio to 14-to-1.They also made the engine fuel injected and modified it to be electronically controlled.

“It’s a cool project because you really see exactly how you get better mileage,” said team member Caroline Sorensen, who is also the driver. “Now we understand better what you can do to a regular car to get better mileage.”

BYU competed in the Supermileage competition for the first time last year and finished a surprising second place with a final mark of 1,135 miles per gallon.

This year’s team went for gold by focusing on both increased engine efficiency and reduced weight.

The 2013 version of the BYU Supermileage Vehicle weighs in at 99 pounds, 22 pounds lighter than its predecessor. Eric Wilcox, who oversaw the weight-loss plan, said they reassessed every element of the car to drop pounds.

“We shaved off five pounds by making our own starter, and we clipped another five pounds from switching the battery,” Wilcox said. “If we could use or make something lighter, we did it.”

The SAE Competition took place June 6-7 at the Marshall, Mich., proving grounds. In addition to their distance run, the BYU vehicle first had to pass an agility test and a strict technical inspection.

Then it was off to the track to see just how far the car could go. Although the team recorded the best miles per gallon mark, their overall scores were good enough for another 2nd place finish.

“Our plan was to get at least one qualified run in and then really push the limits of what the car can do,” Ellingson said.  "We're really pleased with the results."

Supermileage vehicle is all about the mpg, not the mph 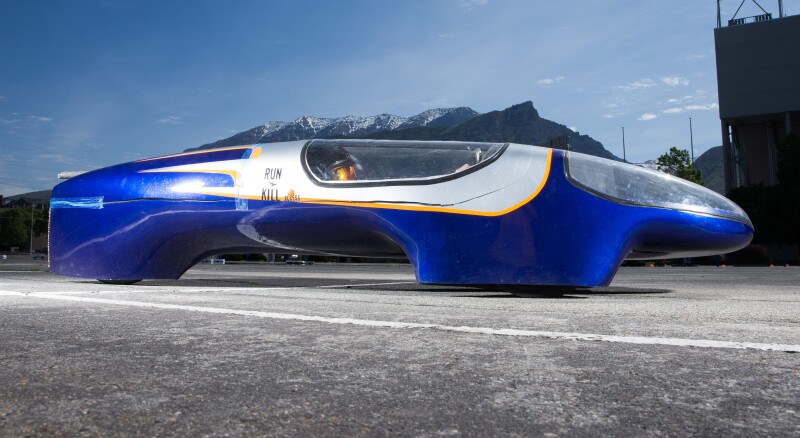 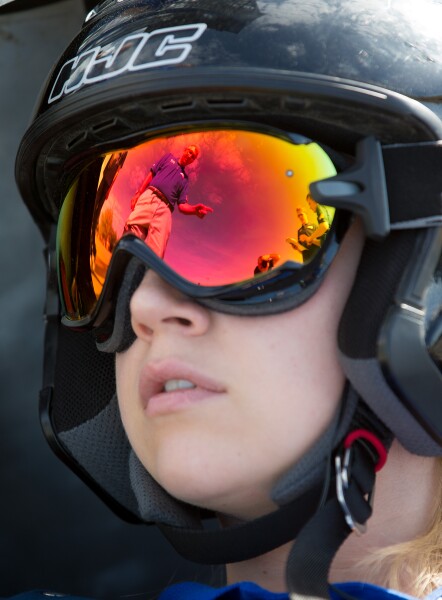 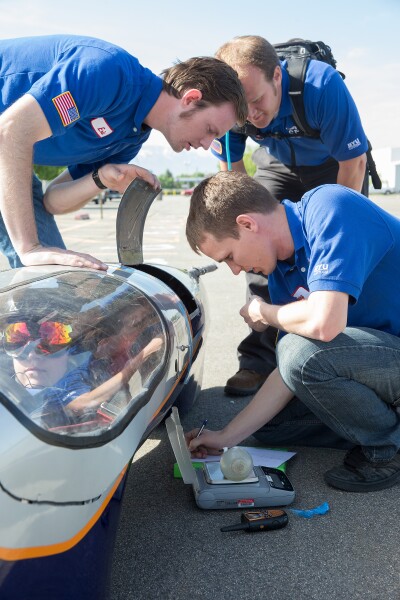 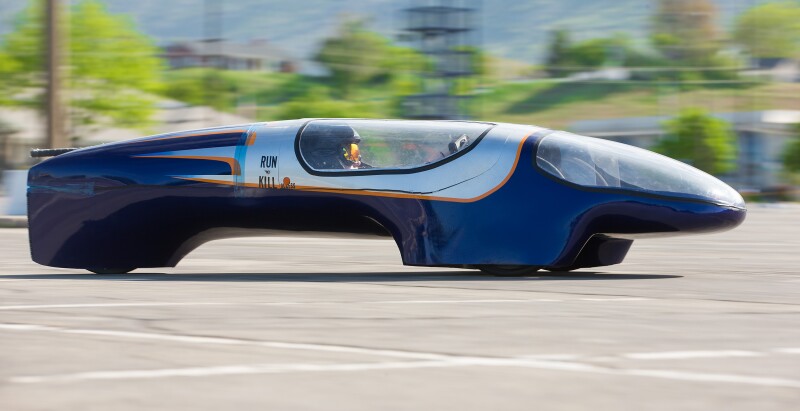 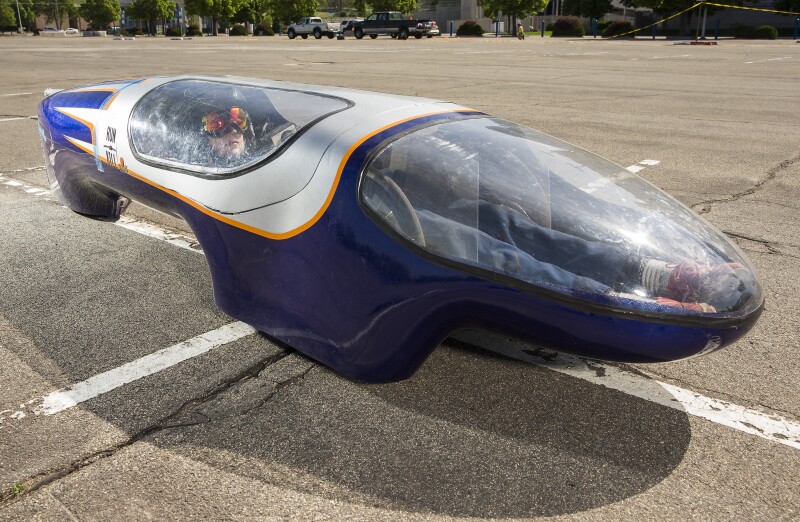