While many others their age were sleeping in and getting a tan, this past summer Brigham Young University student performers were sharing their talent, their values and their friendship with audiences all over the world.

BYU performing ensembles originate in the School of Music and the Department of Dance. As of the summer of 2009, both music and dance are included in the College of Fine Arts and Communications.

These groups range from the cultural expressions of Living Legends and International Folk Dance Ensemble, to the pizzazz of the Ballroom Dance Company and the Young Ambassadors, to the classical beauty of the University Singers, the Wind Symphony and the Dancers’ Company.

The Wind Symphony enjoyed a successful trip to Korea and Japan last May. They were able to participate in many joint concerts with the Dankook University Wind Orchestra, the Korean National University of the Arts and the Pusan Wind Orchestra. Conductor Don Peterson expressed the way music broke down the barriers of language and culture between his group and those they performed with.

“You feel so bound; you’re tongue-tied because you can’t really communicate with the people,” Peterson said. “But the music releases you, and then suddenly you’re communicating — you’re on the same page.”

The University Singers sang their way to the British Isles this summer. In Ireland, they competed in the Cork International Choral Festival and received the PEACE award for being the audience’s favorite choir. The choir also made a memorable visit to the Nightingale House Hospice, a home for terminally ill cancer patients in Wrexham, Wales.

One nurse, who witnessed the choir members' interaction with the patients, said with tears in her eyes, “I feel so full — my heart is just swollen.”

Living Legends brought the inspiring message of their performance to audiences in Argentina and Paraguay. While there, they presented a show for the First Lady of Paraguay, performed for Bishop Justo Oscar Laguna, the bishop emeritus of Moron in Buenos Aires, and were honored to meet in the Gold Room with the Buenos Aires minister of religious affairs.

Perhaps most memorable of all, however, was their visit to Resistencia, Chaco, and their performance there at an elementary school for the indigenous Toba tribe.

Benjamin Lopez, a member of Living Legends, was particularly touched by how much the message of this group meant to these children, who lived and learned in very poor circumstances.

“We were able to show them that even though they are different from other people who live in their country, they can still go out and do great things,” Lopez said.

The Ballroom Dance Company traveled across the heart of the United States and enjoyed many tourist stops like Niagara Falls, the Gettysburg battlefield, the Liberty Bell, the Indianapolis 500 Speedway and many historical sites of The Church of Jesus Christ of Latter-day Saints.

Their performances included charitable fund-raising shows and benefit concerts for BYU alumni groups. Often, audience members would comment on the precision and talent of the company.

The Dancers’ Company brought a whole new way of moving into the Midwestern United States. Along with other performances, the ensemble shared their love of modern dance with hundreds of students from elementary schools to high school across six states.

One school residency that was particularly memorable was at the Detroit Performing Arts High School, deep in the inner city where the students had to endure much in their daily lives. Dance for them was an opportunity to move beyond their circumstances.

The International Folk Dance Ensemble was warmly welcomed in China and Hong Kong. Notable performances included opening the Meet in Beijing Arts Festival, appearing on a popular TV show for more than 50 million viewers and conducting a workshop for handicapped children in Hong Kong.

The Young Ambassadors returned to Scandinavia after 19 years and were kept busy with 19 concerts, 10 inspirational firesides and 28 workshops.

To connect with their audiences, they learned three of their songs in the four languages represented on the tour and ended each concert with one of these songs.

In Skien, Norway, they were greeted by a red carpet, hundreds of teenage students and a band playing “The Star-Spangled Banner.”

Brad Robins, a member of Young Ambassadors said about the experience, “It was very humbling that people who had never met us already loved us that much.”

Also, during the summer two other BYU performing groups took their shows to Nauvoo, Ill. Vocal Point, BYU's award-winning a cappella ensemble, spent two weeks there and was well-received by all. The Nauvoo Ballroom Tour Company also impressed audiences in the area.

Both groups were invited to perform at the Sesquicentennial Celebration of Abraham Lincoln at the Lincoln Memorial in Springfield, Illinois.

In 114 cities from 16 countries, the BYU performing ensembles shared their love of the arts and their friendship with audiences young and old, serving and uplifting everyone they came in contact with. 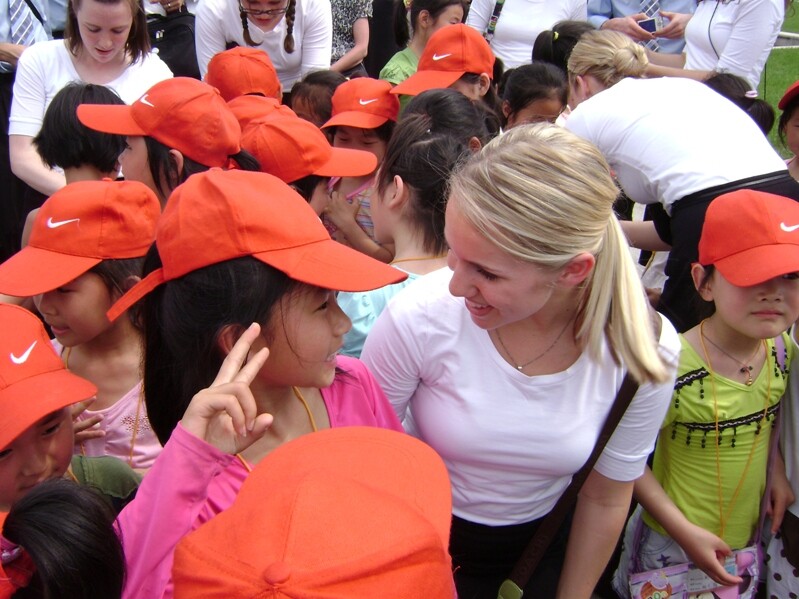 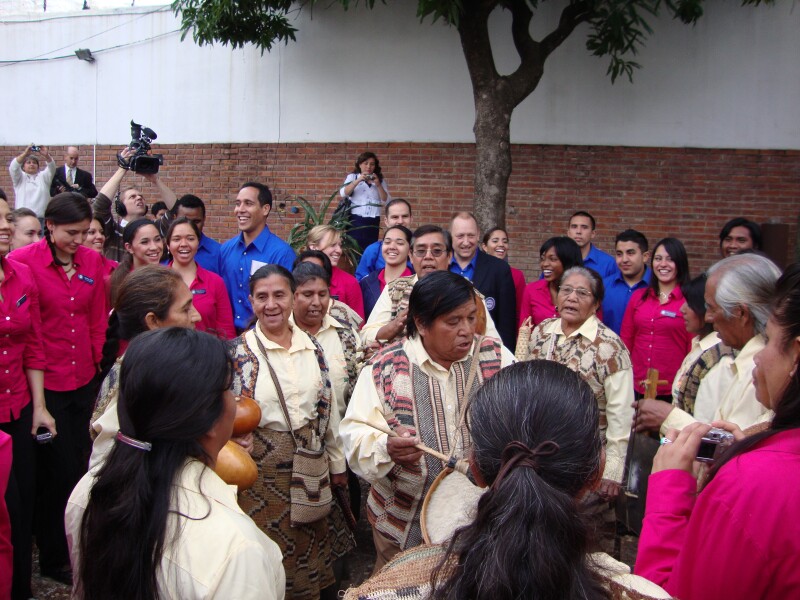 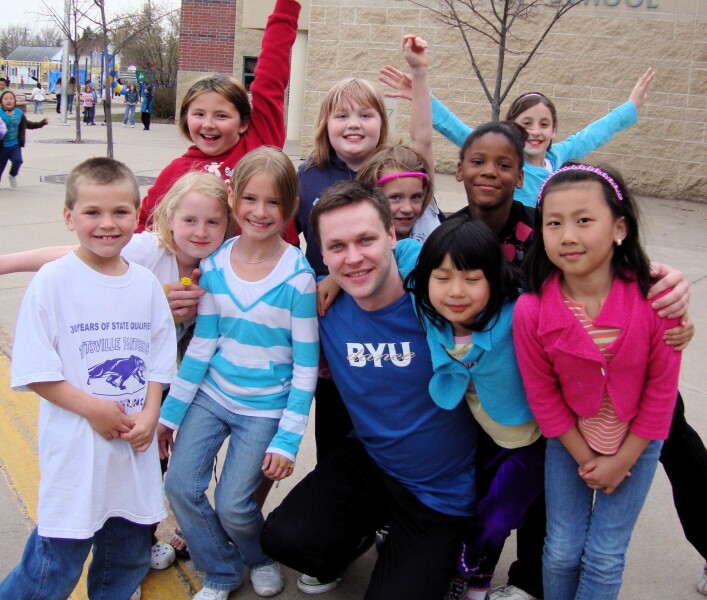 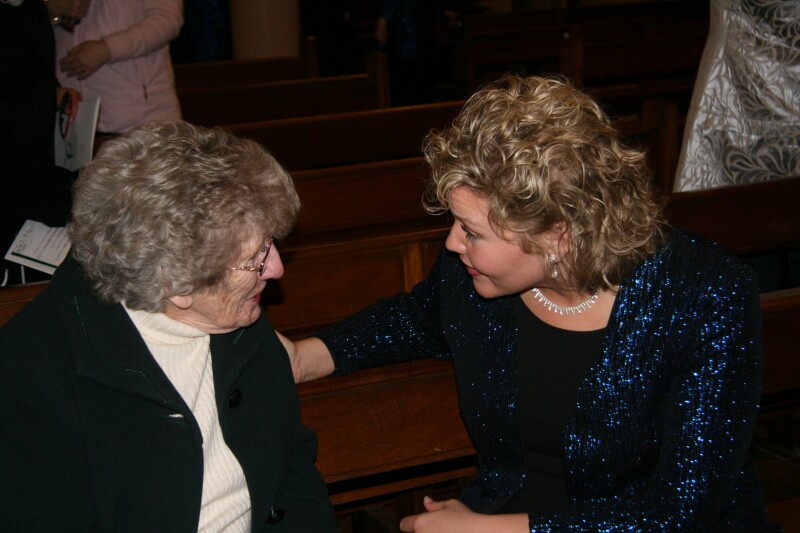 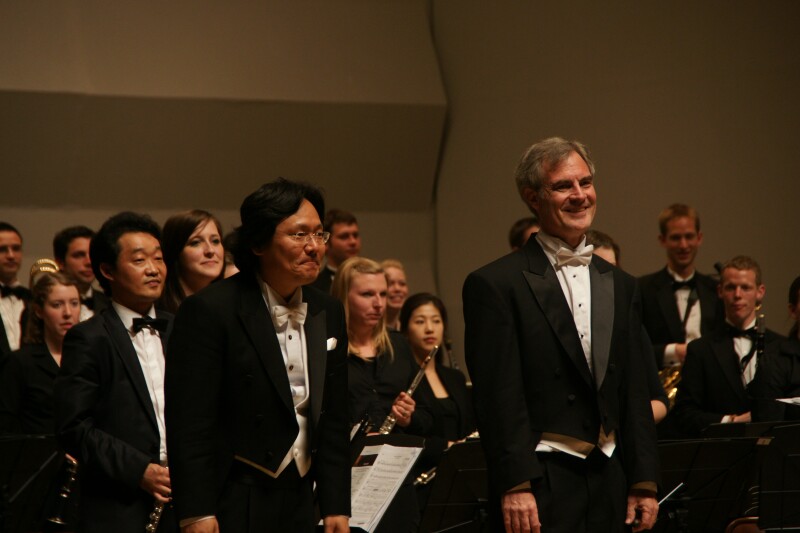 5 of 5
WS DSC01770.JPG
Mark A. Philbrick/BYU Photo
1 of 5
Download this Gallery By clicking this link you agree to our Terms & Conditions
Related Articles
data-content-type="article"