The contraption looks like a spear that impaled a wheel of fortune, but it does more than give contestants a chance to buy a vowel or solve the puzzle.  The device is actually a human-powered drill built by a team of BYU engineering students, who hope it will help Tanzanians drill the 250 feet required to access clean drinking water.
Other water-drilling alternatives in the region either can’t dig deep enough or cost too much, sometimes upwards of $15,000.  But the team’s device has the potential to drill a 150- to 250-foot-deep hole in a matter of days—all for about $2,000.

The drill was created for a year-long engineering capstone project that has students solving real engineering problems with real clients.  The team created the drill for WHOLives.org, a nonprofit dedicated to providing clean water, better health and more opportunities to people living in impoverished communities.  The organization is currently focusing its drilling efforts on Tanzania, but it has plans to expand its operations to other countries. The project is also co-sponsored by the Ira A. Fulton College of Engineering and Technology.

John Renouard, the co-founder of WHOLives.org, said this project is a sustainable way to impact people all over the world.

“People with great intentions often go over there and give stuff away, but sometimes it’s just a Band-Aid on a bigger injury,” he said.  “But this could ultimately bring water to millions of people.  The BYU team hit a home run.”

But that home run didn't come without its fair share of strikeouts.  The team ran into some complications with their initial wood prototype, and they had to put in twice as many hours as required by the course to complete their final metal model.

The BYU team also had to operate within a number of strict parameters set by WHOlives.org so that the final product can be easily built and maintained in developing countries. The drill uses no gears or customized parts, and it can easily be taken apart, transported in the bed of a truck and reassembled within an hour.

The drill can be operated by four people. Three spin the wheel that turns the bit, and the fourth lifts the bit up and down when necessary to punch through tough spots. A water pump system removes the dirt from the six-inch-wide hole.

“At the beginning of the year we had a meeting with the sponsor, and he said that very rarely do you get an opportunity to work on a project that can change millions of lives,” said Nathan Toone, one of the student engineers who worked on the drill.  “You forget that sometimes when you’re in the middle of working and setbacks and frustrations, but it’s really good to see it pay off.  It has definitely paid off.” 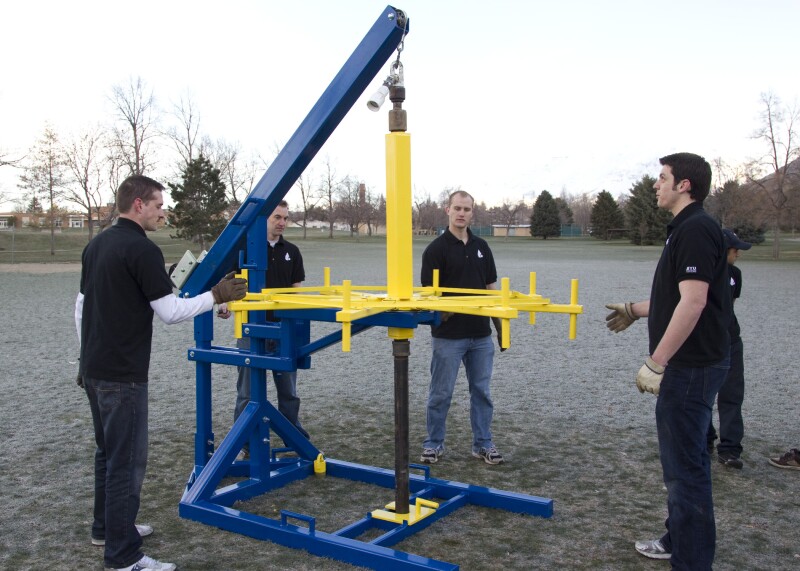 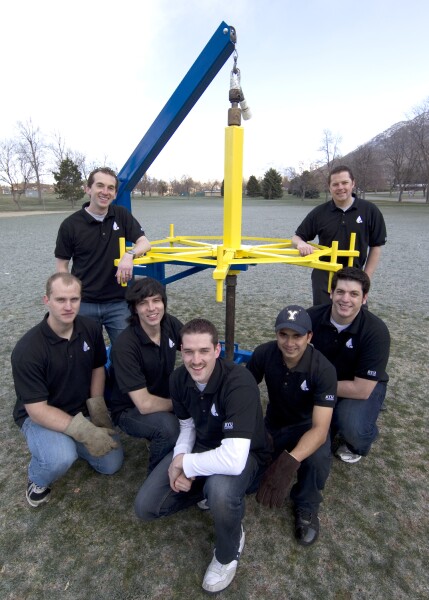 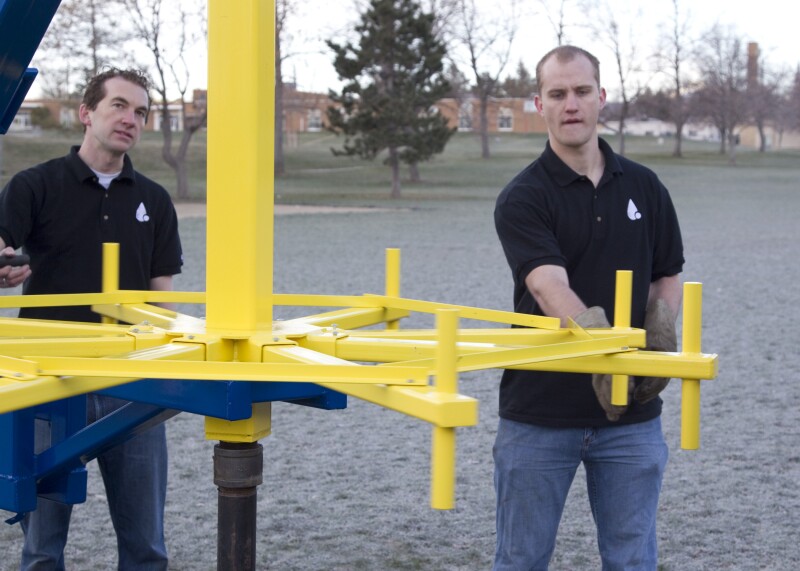 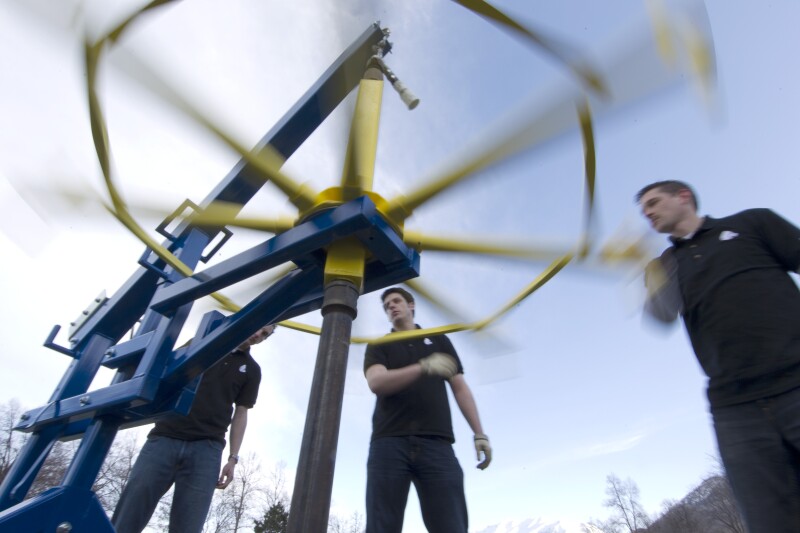 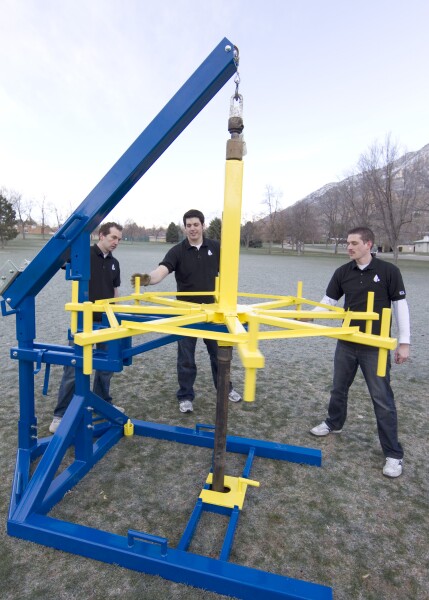 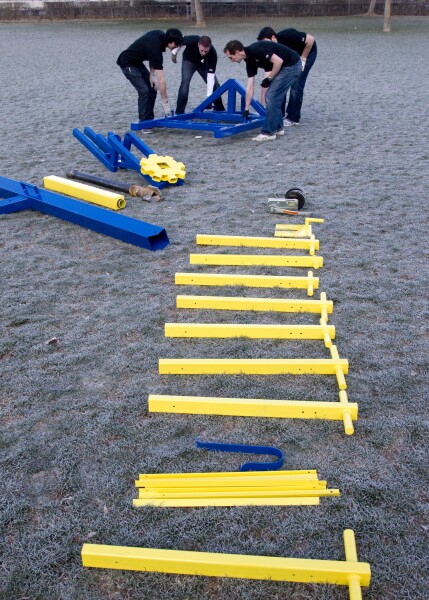 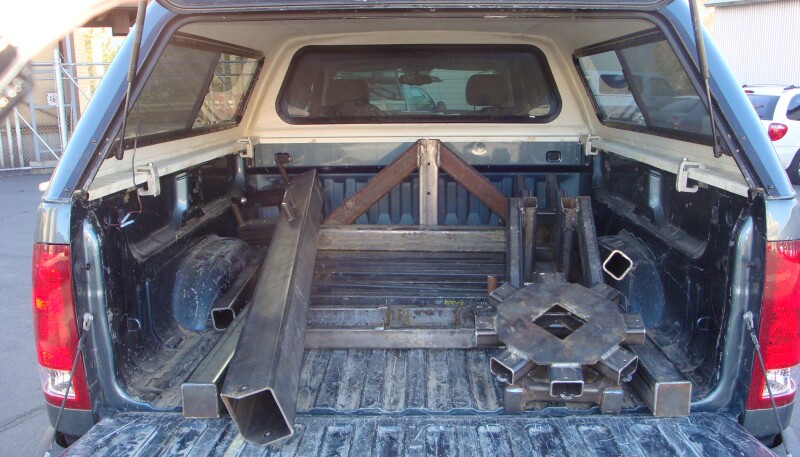 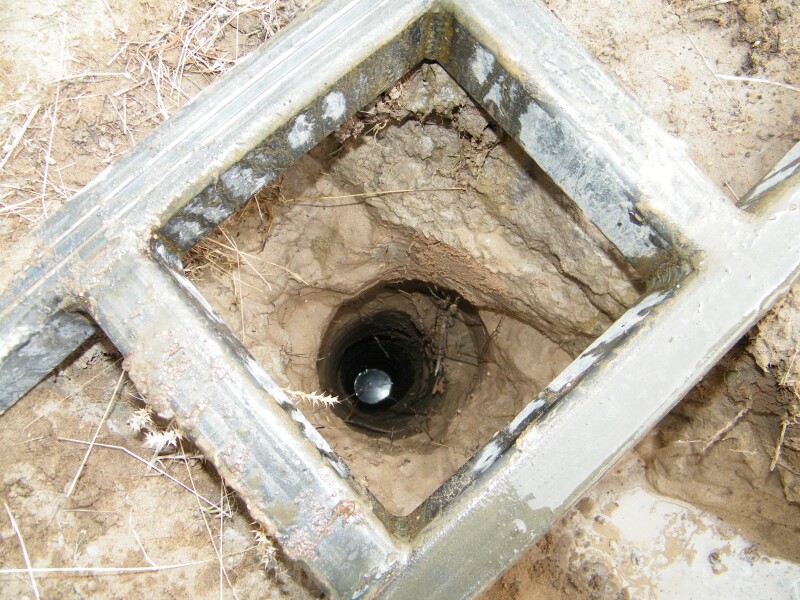 8 of 8
Borehole.JPG
Mark A. Philbrick/BYU Photo
1 of 8
Download this Gallery By clicking this link you agree to our Terms & Conditions
Related Articles
data-content-type="article"