Whether on the trail, at the gym, or even on the front-porch steps, what happens inside your ankle in the milliseconds following a single misstep could sentence you to a lifetime of ankle trouble.
And it’s not just the ligaments left with lasting damage, finds Brigham Young University researcher Ty Hopkins and collaborators from the University of Michigan. Their new study points to a leg muscle whose speed and quality of protective response is permanently compromised after a sprain.

“The lateral muscles of the leg are key to ankle injury,” said Hopkins, a co-author on the study in the current issue of The American Journal of Sports Medicine. “They are key because they resist the movement that is involved in injury itself and position the foot during movement.”

The new study provides the latest clue as to why ankle instability persists in most cases long after the initial sprain.

Hopkins and his team recruited both weak- and strong-ankled people to walk down a runway custom built with eight trap doors. With legs cleanly shaven, each participant was hooked up to sensory equipment, launched down the runway, and told to match their steps to the beat of a metronome. As they strode to the other end, one of the trap doors would suddenly invert 30 degrees outward, tweaking their ankle just enough to trigger the series of muscle reactions in question.

While it sounds (and looks) like walking the plank, Hopkins is quick to point out that everyone walked away from the tests uninjured.

The participants’ bravery gave researchers data on the speed and quality of three protective muscle contractions signaled from different parts of the nervous system: the first from receptors within the leg muscle, the second from relays within the spinal cord and the third from the brain itself. Participants with a history of weak ankles had a significant delay for the first muscle response compared to a control group with no history of sprains.

The researchers found the muscles responded within 55 milliseconds in the control group. It took more time in the group with a history of ankle trouble - as much as 90 milliseconds. The delay sounds small but in some cases could mean the difference between a painful ankle sprain and going merrily on your way.

The strength of the muscle response was also diminished in participants with prior ankle injury. Researchers believe prior injuries leave the muscle receptors with less sensitivity, impairing their ability to react as quickly or strongly as the situation may call for.

“If there are muscles that prevent or reduce the extent of injury and they don’t work, you’re in big trouble,” Hopkins said. “We have got to somehow turn those muscles on.”

The researchers focused on a particular muscle – about as thick as an index finger – called the peroneus longus. When contracted, this muscle moves the foot in the opposite direction of an ankle injury.

“The peroneus longus by itself probably isn’t a very good protector simply because of its size, even if it contracted really well,” Hopkins said. “We are working on other projects now to look at the system of muscles involved with stabilizing the ankle.”

Hopkins and his team of researchers are continuing their search to find out why instability persists. With current research, as stated in the paper, a person should remain active to help maintain dynamic stability in their ankle. Hopkins believes that with more data they will be able to develop treatments and exercises to overcome functional ankle instability.

“Once we find out exactly why ankle instability persists, then it could be easy to correct,” Hopkins said.

Hopkins teaches exercise science at BYU and earned a Ph.D. in sports medicine and life sciences from Indiana State University. Riann Palmeri-Smith and Tyler Brown of the University of Michigan are also authors on the new study. 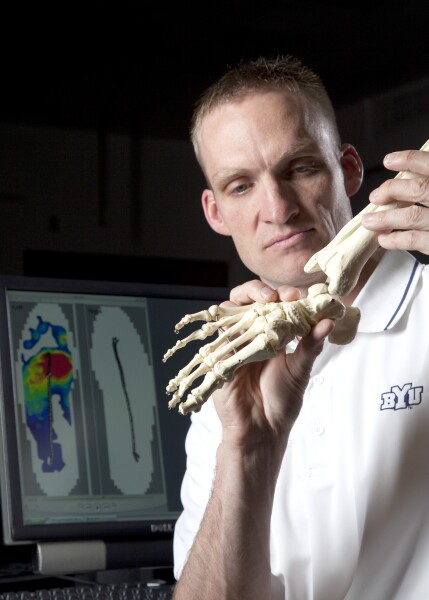 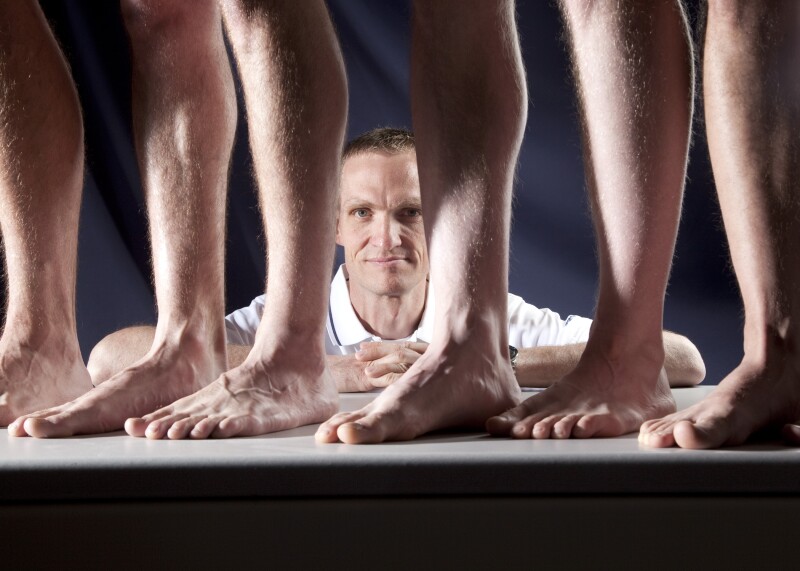 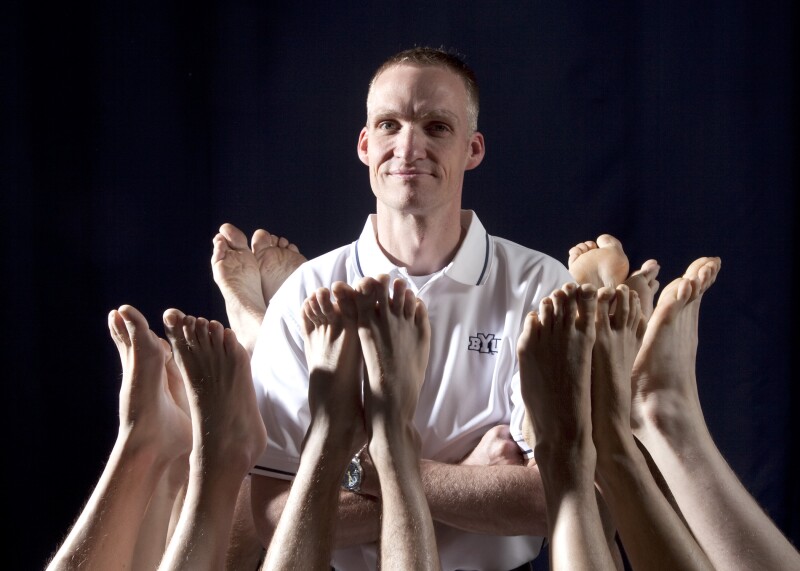 3 of 3
0904-46 55.jpg
Mark A. Philbrick/BYU Photo
1 of 3
Download this Gallery By clicking this link you agree to our Terms & Conditions
Media Contact: Joe Hadfield
Related Articles
data-content-type="article"