The glory of 1950s America will be encapsulated in song and dance in "Smokey Joe's Cafe," sponsored by the Brigham Young University Theatre and Media Arts Department in cooperation with the School of Music and Department of Dance.

Tickets at $14 and $4 off with a BYU or student ID are available through the Fine Arts Ticket Office, (801) 378-4322 or at www.byu.edu/hfac. Tickets are also available for preview and matinee performances and cost $5.

"Smokey Joe's Cafe" is a musical revue featuring the music of Jerry Lieber and Mike Stoller, who wrote songs originally sung by Golden Age of rock 'n' roll greats like The Drifters, The Coasters, Peggy Lee, Elvis Presley and Big Mama Thornton. There is something for everyone in the form of rock 'n' roll, rhythm and blues, cabaret and soul.

"Visually and choreographically, this is going to be a more stimulating show than any I've seen before," director and choreographer Pat Debenham said. "We have the youthful vitality of a talented cast that can fulfill both the vocal demands and the choreographic demands of a more complicated show."

The songs, which include hits like "Kansas City," "On Broadway," "Hound Dog" and "Stand By Me," speak of the significance of popular music in effecting social change.

Dramaturg Denise Cutliff suggests a connection between rock 'n' roll and the Civil Rights movement of the era. She said that teenagers listening to jukeboxes during the 1950s learned to appreciate musicians for what they sang and not the color of their skin.

"The jukebox didn't have any regard for race or color," she said. "Civil rights leaders were actively fighting to realize that dream of something better for the future. And in their own way, so were the teenagers who enjoyed the artists inside the integrated jukebox."

Dramaturg Char Nelson agrees. "While music did not obliterate racism or eliminate exploitive economic and political inequities, it did disrupt the racial status quo, opening new opportunities for communication and understanding."

The memories the show evokes also take audience members back to a familiar neighborhood, creating a feeling of togetherness.

"In addition to a neighborhood built between the characters in the show, another neighborhood is being built in the theatre," said dramaturg Elizabeth Moss. "This collaboration between life and theatre, artists and audience, creates its own neighborhood—a community."

Debenham says he hopes the audience will be inspired to reach out to others because of the revue. "These are songs that ask us to stand by each other as brother and sister not only in musical harmony, but in united ways to make the world a better place," he said.

Musical direction is by Randy Boothe. The production stage manager is Emily Provance, and the scenic designer is Richard Clifford. Costume design is by Janet L. Swenson, and hair and makeup are by Brittany Belinski and Oliver Gaag. Brent Pritchett is the lighting designer and sound design is by Troy Streeter. The media technical director is Tyler Weston. 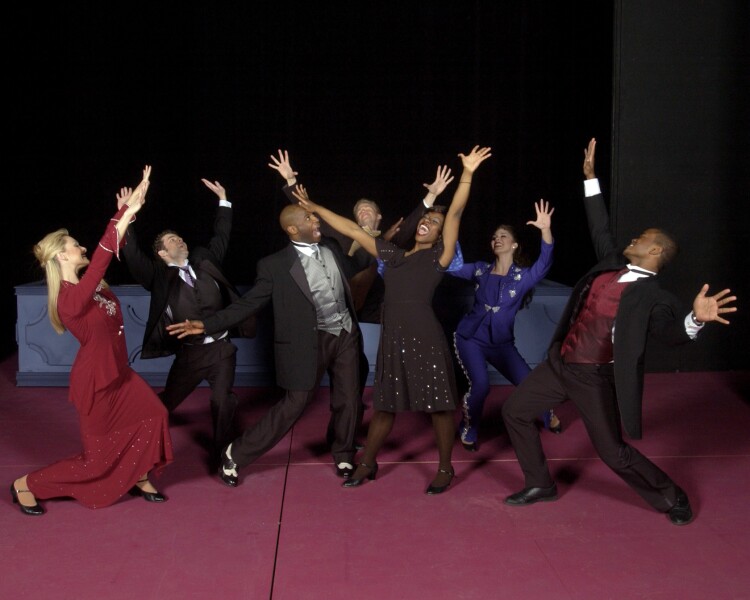 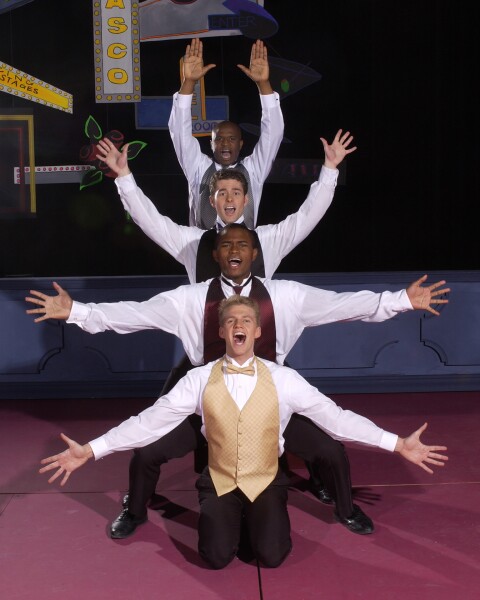 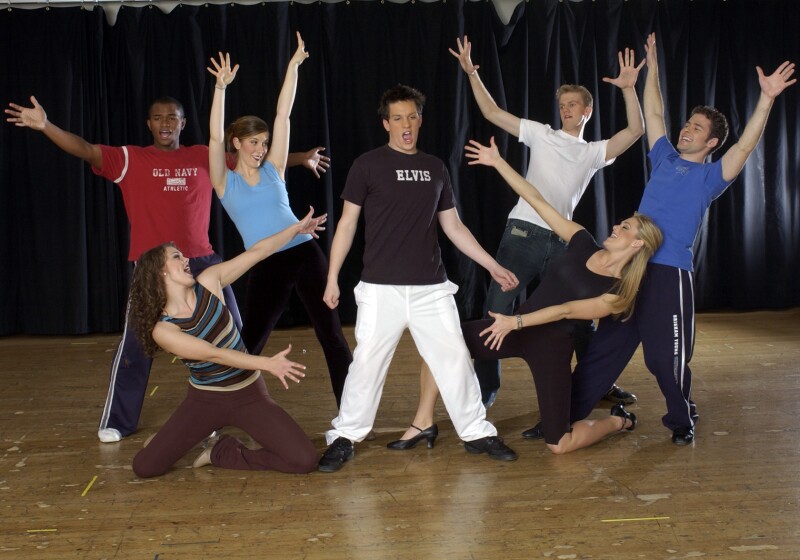 3 of 3
SMOKEYJOE3-H.jpg
Jaren S. Wilkey/BYU Photo
1 of 3
Download this Gallery By clicking this link you agree to our Terms & Conditions
Related Articles
data-content-type="article"