Former Secretary of State speaks on education, democracy, national security and her time in Washington

Rice was received with a standing ovation, treated to several ovations during her address, and sent off with another standing ovation. Rice covered topics of education, national security, international diplomacy and faith in her 40-minute address.

Rice also answered student questions for 30 minutes following the forum. The following is a sampling of several of Rice’s statements from her address as well as a few of her answers during the Q&A session.

Rice started with a caution to those in attendance, and those covering the speech as journalists, saying, “Today’s headlines and history’s judgments are rarely the same.”

“Failed and failing states are the problem, and we have to help them heal, and it’s tough. But if we abandon Afghanistan again, we are going to pay for it....We’ve got to complete that job, and we can’t just complete it any old way, we have to have a vision for the Afghanistan people.”

“The great thing about democracy is that if we’re fed up with the people that govern us, we can throw the bums out. But authoritarians can’t do that…. Every dictator, every authoritarian, fears the moment when their people are no longer fearful of them. And because they have no way to express themselves peacefully, people turn to violence.”

“The only legitimate government, the only form of government that is true to the non-negotiable demands of human dignity is democracy. So the United States has to advocate for it.”

From Q&A, responding to question about today’s political dialogue:

“Sure, I would prefer to have a more civil political dialogue than we have. American political debate has always been pretty rough. It’s absolutely the case, that it’s always been a little rough and tumble.

“The truth is that our founding fathers gave us political organizations that are, by their nature, slow…. So, we have these very difficult situations, and we’ve got to have time. I hope we turn down the volume a little bit, step back, realize that political disagreement is just that, it’s disagreement. Just because somebody disagrees with you, it’s not because they’re morally flawed.”

To the students, on faith and scholarship:

“As educated people, as people who are being given the gift of the transformative power of education, you have special responsibilities. You are fortunate that you are in a place here at Brigham Young University that believes that faith and reason go together, that does not see your intellect and your faith as enemies of each other, but sees them as integrally related in what you are.”

“I’ve learned from my father that it was fine to ask questions, fine to learn the whole range of human knowledge… but there were some things that one could not see; there are some things that one could not prove. The essence of being human is the knowledge of what is, combined with the belief of what might be.... Take advantage of this place of faith and reason….The world too easily dismisses the role of faith in our society and in our world.”

“I encourage you to find your passion while you’re here. Find what you’re passionate about, what will make you get up every day for the rest of your life…. You will find as I often did that I was more fulfilled in overcoming and mastering something difficult than something that came easy to me. When you overcome something that’s hard, you know you can meet life’s challenges, no matter how hard they are.”

On growth in the United States:

On what she called the great national myth or dream:

“Ours is the log cabin. It doesn’t matter where you came from; it matters where you’re going. Across the world, that is admired about the United States and it is what has lead people to come here for generations from across the world.… This great American dream, this great American myth, must be true not only for those who come here; it has to be true for those who are already here.”

“In a country where increasingly I can look at your zip code and tell if you’re going to get an education, can I look at the John Wesley Rices of today and say, it doesn’t matter where you came from, it matters where you’re going? That’s a great challenge to us.”

“Our greatest national security threat might just be the disastrous state of our k-12 education system. It is a threat and not only because we are seeing an entire generation of people who are unemployable…. it’s more than that. It is that our very social fabric as a people is around that idea that you can come from humble circumstances and do great things.”

“We are held together by an ideal and a promise. That’s why we have to make certain that it is true for every child that it doesn’t matter where you come from, it matters where you’re going.”

From Q & A on education: 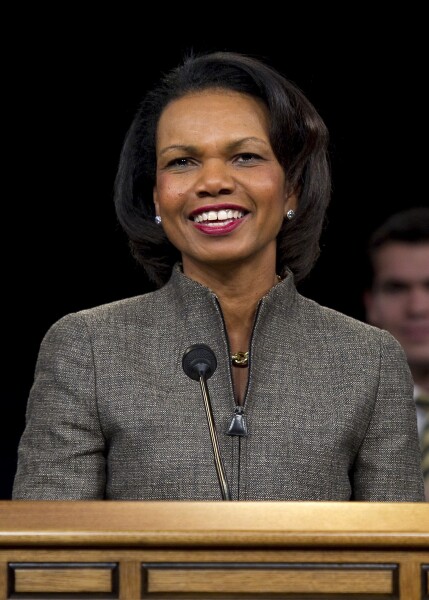 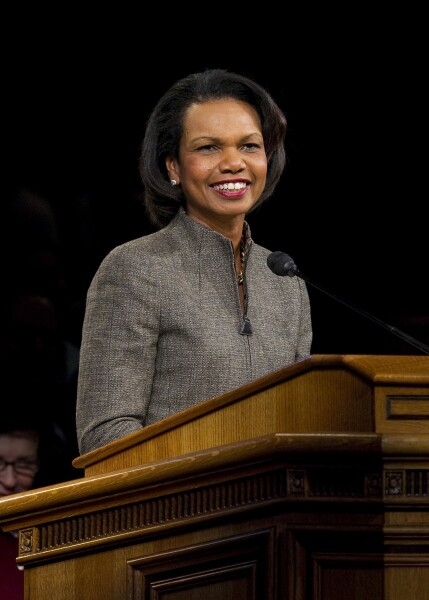 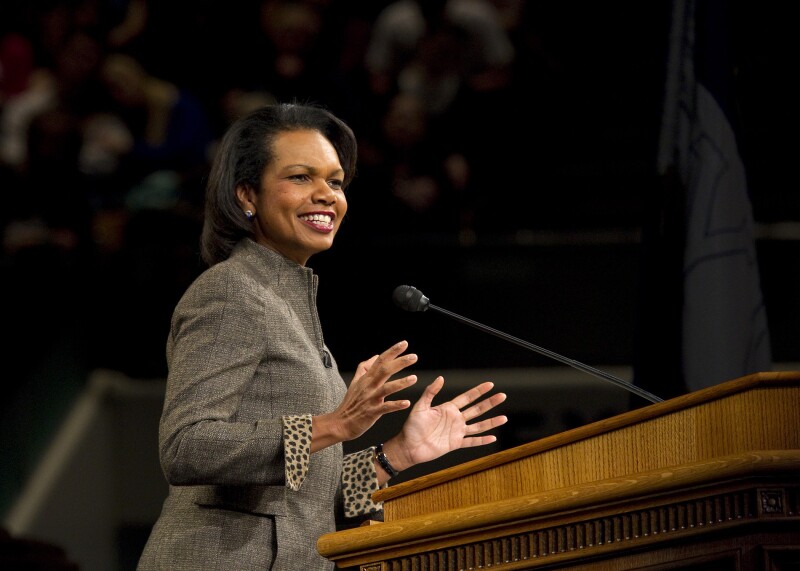 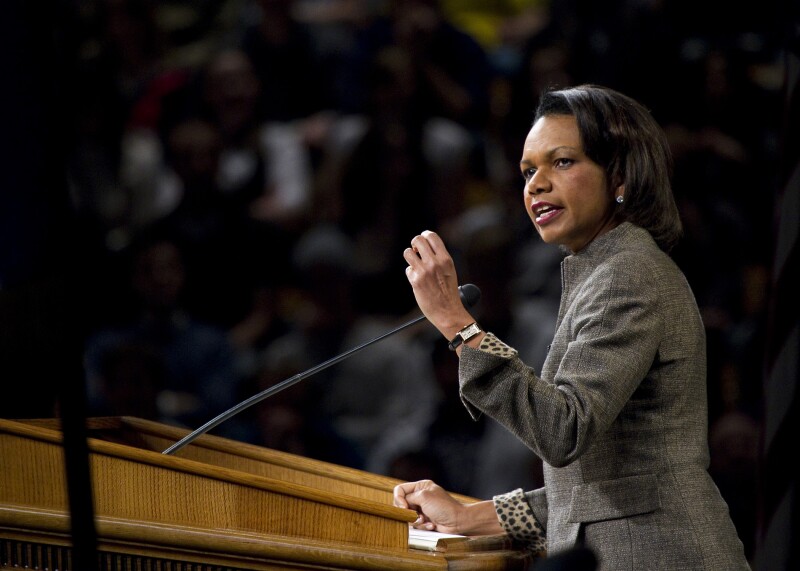 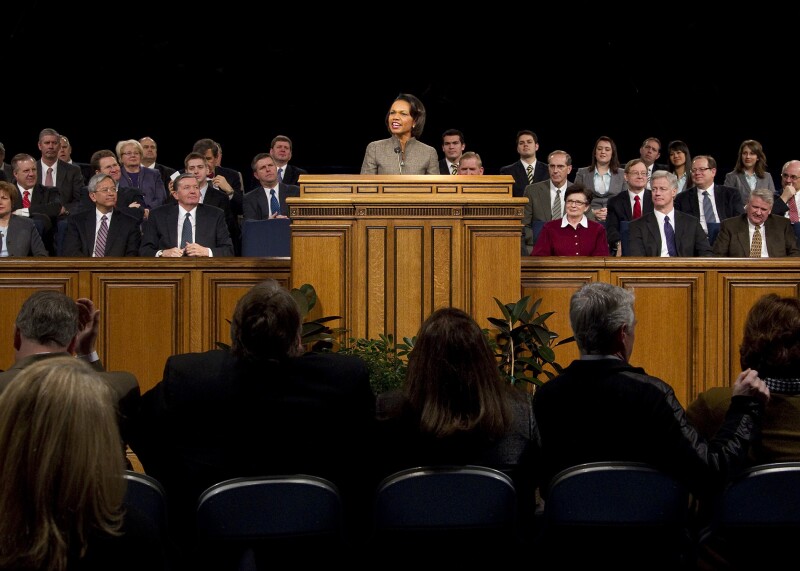 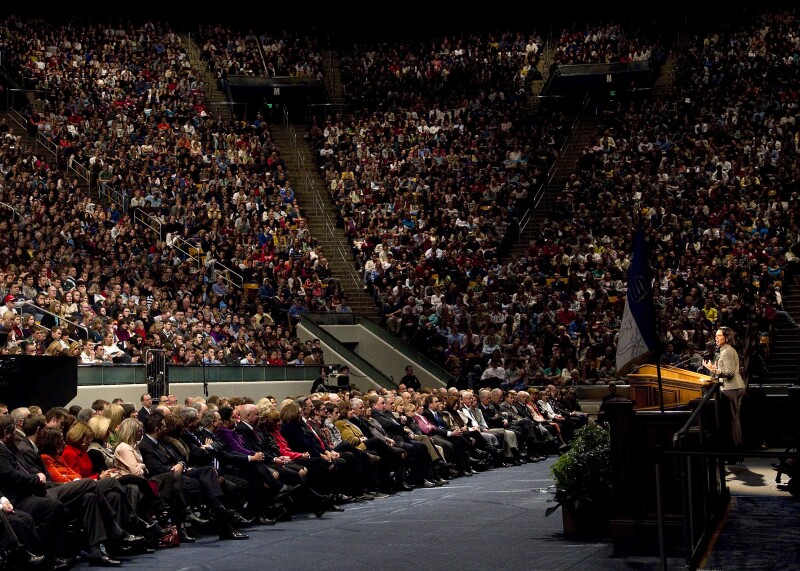 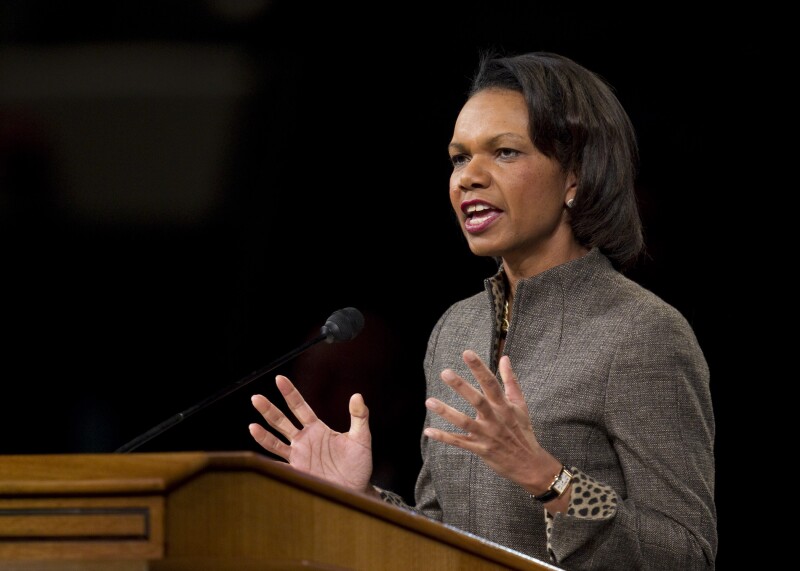