Patti LuPone and Itzhak Perlman Among Artists Headed to BYU for 2019-20 BRAVO! Season

BYU’s BRAVO! Professional Performing Arts Series will continue its mission to inspire and educate student and community audiences with a new season of guest artists, performers and ensembles that represent a wide range of backgrounds and genres.

The 2019-20 season will open with a concert by Broadway and West End star Patti LuPone, coming to BYU fresh from performing in a London reimagining of Stephen Sondheim’s Company. LuPone is known for her iconic take on leading roles in Evita, Gypsy, Sweeney Todd, Les Misérables and Sunset Boulevard. She will present an evening of Broadway hits and will be joined on several numbers by some of BYU’s own music dance theatre (MDT) students.

Several School of Music ensembles will have the opportunity to collaborate on stage with guest musicians. The BYU Singers and Concert Choir will join Tenebrae for the first portion of the internationally acclaimed choir’s de Jong Concert Hall performance, and beloved violinist Itzhak Perlman will celebrate the 250th anniversary of Beethoven’s birth with the BYU Philharmonic, featuring the composer’s famed Violin Concerto in D major.

Perlman’s campus visit is a dream come true for BYU’s music community, as the Israeli-American performer and conductor represents the height of his craft as the leading violinist of his time. In addition to his 15 Grammy Awards – including the Grammy Lifetime Achievement Award – Perlman has received four Emmy Awards, the Presidential Medal of Freedom and countless other honors throughout his career.

The BRAVO! Series performances allow students to observe experts in their craft and learn from the creativity, work ethic and professionalism presented. Additionally, many students in the College of Fine Arts and Communications will have the invaluable experience of working directly with visiting artists in seminars and mentoring sessions.

“This is a truly exciting season!” said BRAVO! Series director Bridget Benton. “We welcome two of the most celebrated professionals in the arts, Itzhak Perlman and Patti LuPone. These giants are joined by incredible talent from around the world — from whimsical to transcendent, there is something for everyone during this season.”

Season tickets are now available. Individual tickets go on sale approximately four to six weeks before the first performance of each production. Tickets can be purchased in person at the BYU Ticket Office (with locations in the Harris Fine Arts Center and the Marriott Center), as well as over the phone at (801) 422-2981 or online at byuarts.com.

Complete information about the 2019-20 performances can be found here.

BRAVO! series programming helps fulfill the BYU mission to provide inspiring learning in a stimulating setting where a commitment to excellence is expected and the full realization of human potential is pursued.

An Evening with Patti LuPone | Don't Monkey with Broadway

Join two-time Tony Award winner and Broadway legend Patti LuPone for a very special evening of music and conversation. In Don’t Monkey with Broadway, she explores — through indelible interpretations of classic Broadway show tunes by the likes of Richard Rodgers, Lorenz Hart, Jule Styne, Stephen Schwartz, Charles Strouse, Leonard Bernstein, Stephen Sondheim, Cole Porter, and Irving Berlin — her life-long love affair with Broadway, and her concern for what the Great White Way is becoming today. She will be joined onstage by BYU music dance theatre students as she entertains audiences with her vivacity and unmatched talent.

Legendary baritone Thomas Hampson and his son-in-law, acclaimed bass-baritone Luca Pisaroni, bring their stunning talents and musical family ties to the stage in No Tenors Allowed. This spectacular program features highlights of the operatic repertoire ( Don Pasquale, Don Giovanni), greatest hits from beloved Broadway musicals (Rodgers and Hammerstein), and timeless classical and popular songs (Cole Porter). Since 2010, Hampson and Pisaroni have brought their signature artistry and senses of humor to enthusiastic audiences across the globe.

Kevin Cole, one of today’s leading interpreters of Gershwin’s music, joins with the Utah Symphony for an evening of Gershwin classics, including the ever-popular Rhapsody in Blue and Variations on “I Got Rhythm.” Rounding out the jazz-inflected, toe-tapping program are the Caribbean rumba rhythms of Gershwin’s Cuban Overture and his Second Rhapsody. The evening opens with a new work by Utah Symphony’s composer-in-association, Andrew Norman, who wrote his Sacred Geometry using strict rules and “unseen geometries.” The result, Norman observed, was “one of the most spacious and openly emotive spans of music I’ve ever written.”

Standout British choral group Tenebrae returns to BYU this season for another concert featuring the BYU Singers and Concert Choir. Stephen Paulus’s poignant “Pilgrim’s Hymn” — a work sung at the funerals of former U.S. presidents Reagan and Ford — sets the tone for an evening of sacred music, which centers on Joby Talbot’s Path of Miracles, a musical exploration of the traditional Camino de Santiago pilgrimage in northwestern Spain. With lighting, movement, and the glorious traditions of sacred choral repertories, this promises to be an unforgettable evening of sound and spirit.

Fifteen Grammy Awards, four Emmy awards, and the Presidential Medal of Freedom are just the tip of Itzhak Perlman’s immense reputation “iceberg” as the leading violinist of his time. This performance, Perlman’s first at BYU, is in celebration of Beethoven’s 250 th birthday and will feature Beethoven’s famous Violin Concerto. The concert also features audience favorites Carnival Overture by Dvorak, and Strauss’ Till Eulenspiegel’s Merry Pranks, both showpieces in their own right. This is BYU history in the making!

New Owner | Off the Map

From the creators of The Adventures of Alvin Sputnik and It’s Dark Outside comes a sensitive new show about friendship, loss, and new beginnings. The day Bernie, a boisterous puppy, and Mabel, a lonely widow, find each other is the beginning of a profound relationship. But Mabel is old, and Bernie is young — and suddenly alone. Combining puppetry, live action, and animation, New Owner takes audiences on an adventure through a dog’s eyes. Internationally-renowned theatre makers The Last Great Hunt give audiences an engaging, challenging, and moving theatre experience. Recommended for ages 7+ (and those still young at heart).

Canada’s global orchestra, Kuné, explores and celebrates Canada’s cultural diversity and pluralism. The thirteen virtuoso musicians hail from all corners of the globe and play instruments as diverse as they are. Kuné, which means “together” in Esperanto, shares each musician’s cultural and musical traditions to create a band that looks and sounds like Canada today. The members of Kuné have formed a sound that is at once global and uniquely local. They illustrate what’s possible when we listen to each other and play together.

With work that’s brought the attention of some of the world’s leading composers, the Dublin Guitar Quartet has dedicated itself with unwavering devotion to performing contemporary music, making the ensemble unique within its genre. Its work has been championed as “an extraordinary achievement; quite wondrous” ( Gramophone) and the performers’ “keen sensitivity to the musical and emotional demands of each composition” ( San Diego Tribune) is “astonishing” and “satisfying” ( NPR). This is a performance that will stay with you!

Known for their adrenalized performances, original compositions, and Emmy-nominated music videos, Greg Anderson and Elizabeth Joy Roe are revolutionizing the piano duo experience for the 21st century. Described as “the most dynamic duo of this generation” ( San Francisco Classical Voice), “rock stars of the classical music world” ( Miami Herald), and “the very model of complete 21st-century musicians” ( The Washington Post), the Anderson & Roe Piano Duo aims to make classical music a relevant and powerful force in society. As Northwest Reverb observed, “[They make] a strong case that playing piano is the most fun thing that two people could ever do together.”

Inspired by the words and actions of Dr. Martin Luther King, Jr., We Shall Overcome showcases music that moved and motivated generations of civil rights activists and defenders, interwoven with recordings of Dr. King’s electrifying speeches. A living lineage of music and culture, this performance celebrates both traditional and modern gospel, classical, jazz, Broadway, and spiritual genres. Prodigy, producer, and Sphinx Medal recipient Damien Sneed possesses a unique understanding of each genre which allows him to fluidly cover so much musical ground in a single performance.

Air Play | Off the Map

Circus and science collide in a gorgeous homage to the power of air. Flying umbrellas, larger-than-life balloons, giant kites floating over the audience, and the biggest snow globe you’ve ever seen will make you gasp in wonder and laugh until it hurts. The creation of husband and wife team Seth Bloom and Christina Gelsone, Air Play merges their circus and street theater performance art with the sculptural artistry of Daniel Wurtzel. With visual images seemingly drawn from the sky, this poetic ode to childhood will enchant and electrify the young and young at heart.

Zakir Hussain is regarded as an international musical phenomenon. His consistently brilliant and exciting performances have not only established him as a national treasure in his home country of India, but have gained him worldwide fame and collaborations with artists as diverse as George Harrison, YoYo Ma, and the Kodo Drummers. With percussive playing marked by uncanny intuition and masterful improvisational dexterity, Hussain is widely considered a chief architect of the contemporary world music movement. This performance will feature Hussain on the tabla, as well as collaborators Jayanthi Kumaresh on veena and R. Kumaresh on violin.

Contemporary American dance company David Parsons Dance is internationally-renowned for its energized, athletic ensemble work. Heralded as “one of the great movers of modern dance” ( The New York Times), David Parsons has received accolades and collaborated with iconic artists across all disciplines throughout his career. The company is proud of its autism-friendly initiative and will feature a relaxed, sensory-friendly performance for audiences of all abilities. Parsons dancers combine athletic prowess and choreographic gifts to engage audiences with the joy of it all.

Patti LuPone and Itzhak Perlman Among Artists Headed to BYU for 2019-20 BRAVO! Season 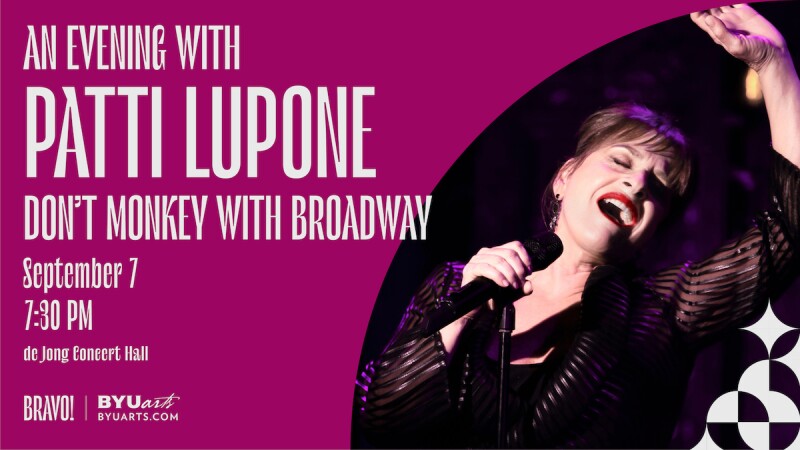 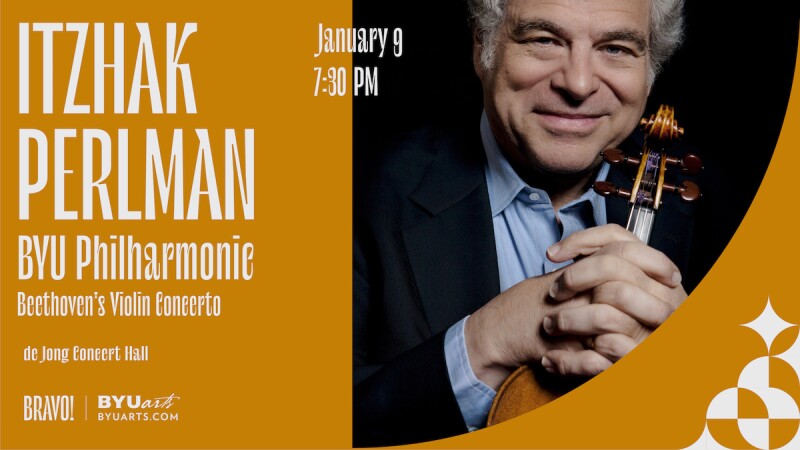 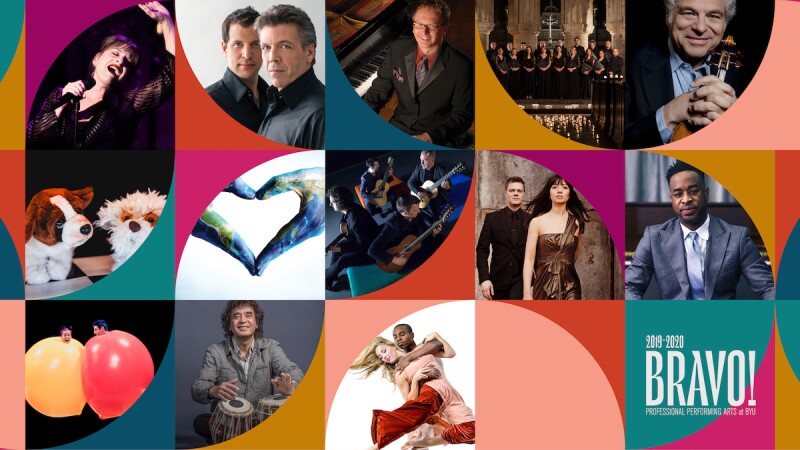 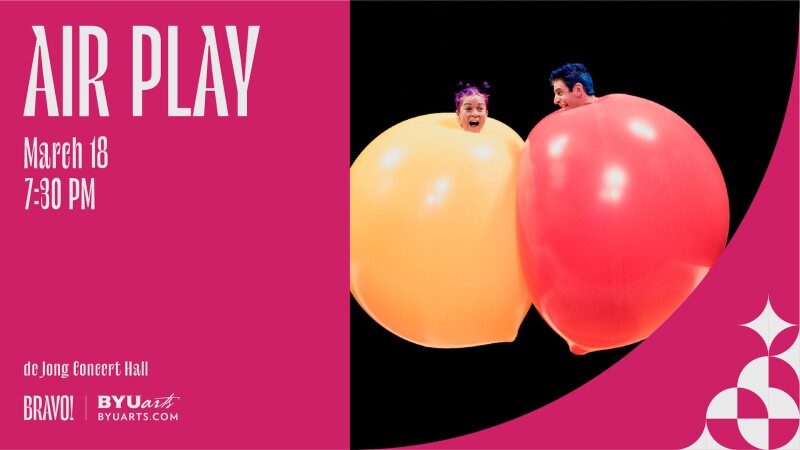 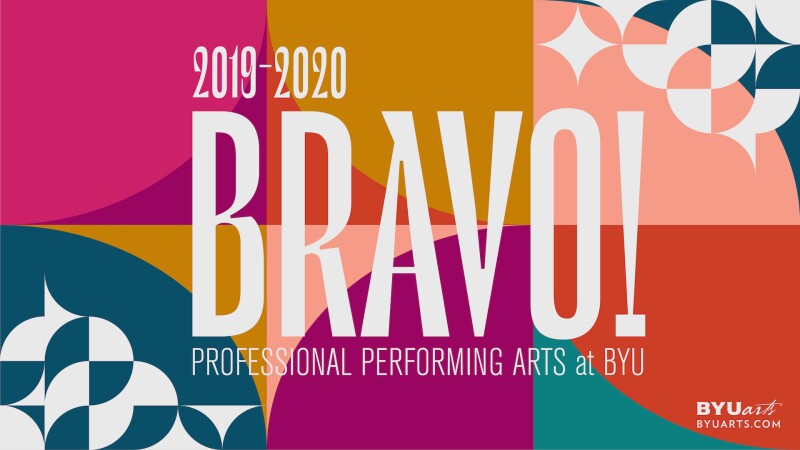 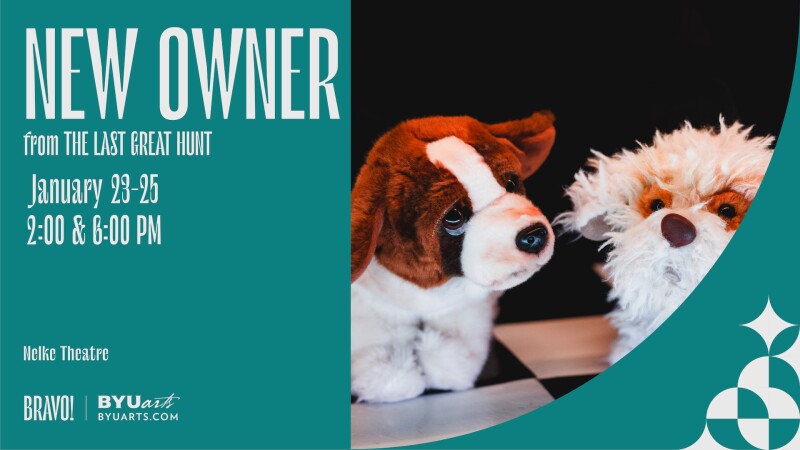 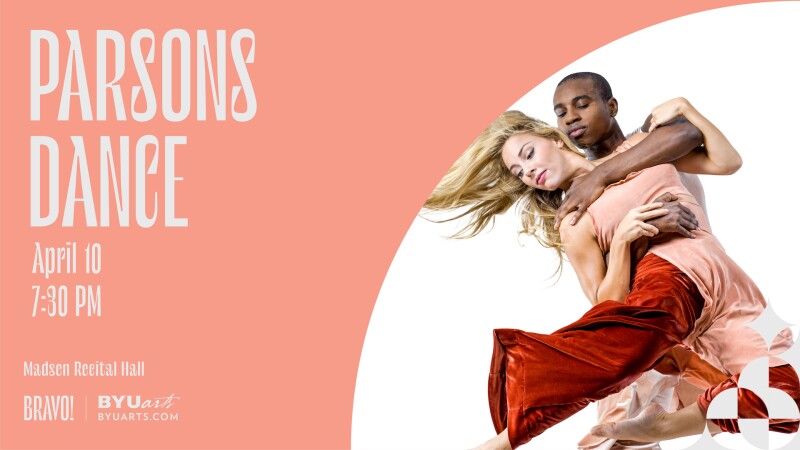 7 of 7
Parsons Dance1920x1080.jpg
1 of 7
Download this Gallery By clicking this link you agree to our Terms & Conditions
Media Contact: Natalie Ipson
Tags
BRAVO Fine Arts And Communications
Related Articles
data-content-type="article"