The prehistoric land bridge that allowed animals to freely migrate between North and South America formed one million years earlier than previously thought, according to a new study by a Brigham Young University geologist.

Scientists previously agreed that the Panamanian isthmus formed between 2.5 and 3 million years ago, an event that led to the vast intermixing of plants and animals across continents known as the Great American Biotic Interchange.

"We found evidence of animals that couldn't have made their way to North America before the formation of the land bridge," said Wade Miller, whose work was funded by the National Science Foundation, the National Geographic Society and the Earthwatch Institute. "The fossils predate what is generally accepted as the time of the isthmus' formation by a million years."

Before the isthmus formed, scientists believe a series of islands between North and South America may have allowed some animals with built-in mobility to swim or fly back and forth using the islands as stepping stones.

"But other animals couldn't make that trip. As we discovered the dates on the fossils of these land-bound animals we uncovered, we realized they were earlier than any of the dates that had been given before," said Miller, who collected the fossils from more than 100 sites inside the trans-Mexican volcanic belt in central Mexico. "We figure they got there by way of the land bridge that formed before that time."

Published in the current issue of the "Brazilian Journal of Paleontology," the study describes the collection of the fossilized remains of animals such as horses, saber-toothed felines, mastodons, capybaras and glyptotheres, a now-extinct, armor-plated creature that is a distant relative of the armadillo.

After the fossils were collected, Miller and co-author Oscar Carranza Castaneda of the Universidad Nacional Autonoma of Mexico, used scientific dating techniques to create a composite timeline of when each animal would have roamed the earth.

Gary S. Morgan, curator of paleontology at the New Mexico Museum of Natural History, has studied the fossils of mammals from Florida and New Mexico involved in the Great American Biotic Interchange.

"Over the past 25 years, Dr. Wade Miller has made many important contributions on the fossil history of mammals from Mexico," said Morgan. "This new research in central Mexico greatly alters geological theories about the Great American Biotic Interchange by showing that immigrant mammals from South America first arrived in Mexico a million years earlier than previously thought."

The finding has implications for scientists like archaeologists and oceanographers, whose work is related to geography and time, said Miller.

"Anytime you make a change one place, it affects another," said Miller. "When the isthmus formed, there were changes in sea level. It also cut off the free communication of marine life back and forth, which would be reflected in fossil evidence."

Plants, animals, insects, weather patterns and global temperatures may all have been affected when the isthmus formed, information that may be of interest to the scientists who study them, said Miller.

"This isn't just about a bunch of old bones -- it affects a lot of different disciplines and how we think about life and the earth," said Miller, who has been collecting fossils in central Mexico since 1978. The years haven't diminished his enthusiasm for the work, he said.

"It's always exciting for me to know I am the first person to see a particular fossil, to be the first to discover it," said Miller. "It's kind of like the way I felt as a child during an Easter egg hunt." 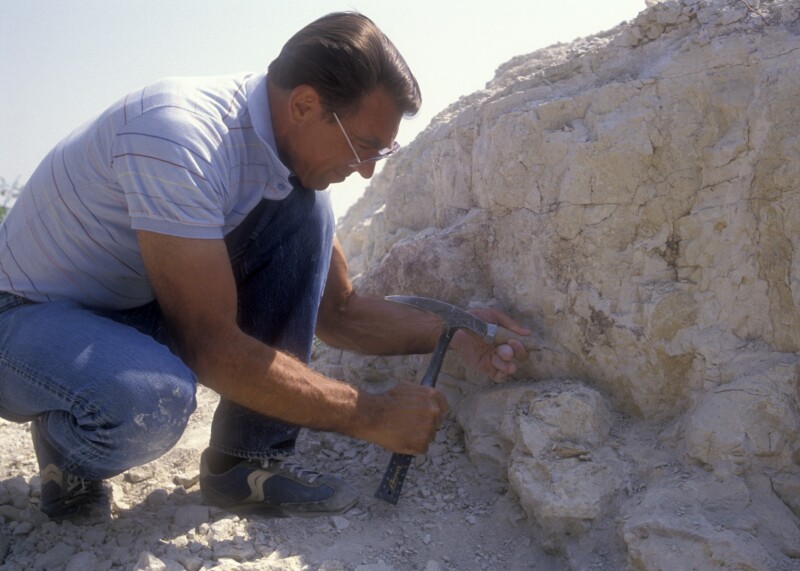 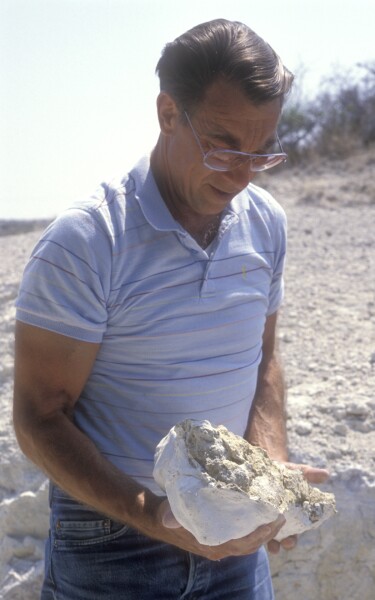 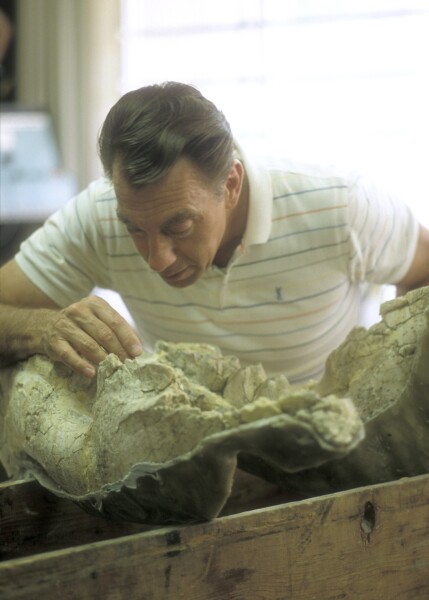 3 of 3
Gen 8804 326-L.jpg
Mark A. Philbrick/BYU Photo
1 of 3
Download this Gallery By clicking this link you agree to our Terms & Conditions
Related Articles
data-content-type="article"