Woodworth's unique curriculum won third place at the pre-forum University Network for Social Entrepreneurship meeting, where all World Forum attendees with ties to academia were invited to vote for the top innovations in teaching social entrepreneurship.

"My goal is to help students have a life-changing experience among the poor so that they'll want to keep doing this in the years to come," Woodworth says. "The thrill of it for me is not just seeing the poor receive vital assistance but to see student volunteers changing their own lives as well."

Social entrepreneurship is a movement that utilizes entrepreneurial skills to address global humanitarian needs. The World Forum was sponsored jointly by the Skoll Centre for Social Entrepreneurship at Oxford and the Skoll Foundation, which supports nonprofit organizations engaged in social entrepreneurship ventures. From March 26-28, approximately 700 academics, financiers, policymakers and others from dozens of countries gathered at the Saïd Business School in Oxford, England, to discuss the movement's latest research and trends.

During the 2005 winter semester, students in the organizational behavior 490 class organized 10 teams of volunteers to engineer meaningful ways to help the victims of the 2004 tsunami. Under Woodworth's mentorship, the students raised money and designed a collection of projects aimed at assisting relief efforts and encouraging social reconstruction. In defiance of the tsunami's economic and emotional impacts, the students called their plan Wave of Hope.

From May to October 2005, student volunteers focused their efforts in the Khao Lak community on Thailand's west coast. They installed plumbing, bathrooms and sewer systems as well as constructed and painted wood products and furniture. By the project's completion, students had raised $200,000, built 120 village houses, re-opened several schools, established income-generating ventures to jumpstart the local economy and officially incorporated Wave of Hope into a non-governmental organization called Empowering Nations.

"Every decade we're getting more and more young people with ideals, passion and desires to make a difference," Woodworth says. "They're saying, ‘I'm a student, but I'm also a change agent. I'm also a social entrepreneur.'"

For nearly 20 years, Woodworth has pioneered the Marriott School's social entrepreneurship program. He began teaching at the school in 1976 and has taught classes on organizational change, management ethics, industrial democracy, Third World development and civil society. Last fall, he was presented with the Faculty Pioneer Award from the Aspen Institute for integrating social issues into his teaching and research. 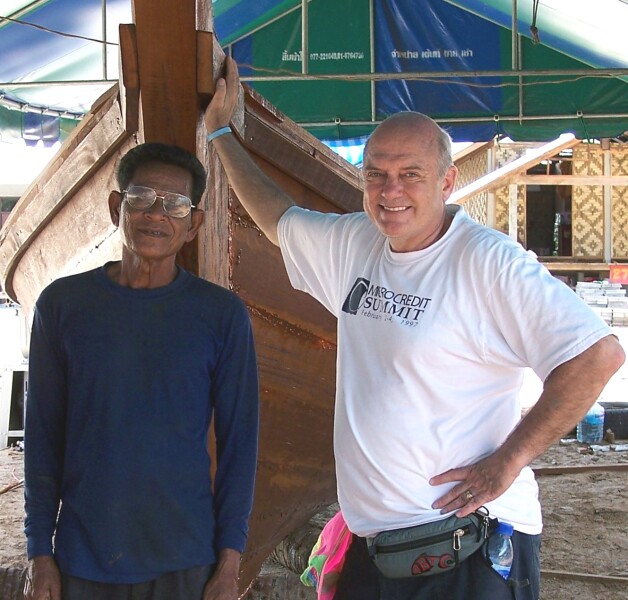 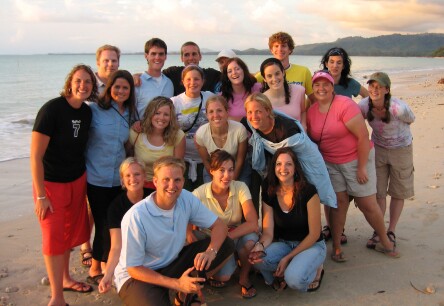 2 of 2
ThaiBeach.jpg
Warner Woodworth
1 of 2
Download this Gallery By clicking this link you agree to our Terms & Conditions
Related Articles
data-content-type="article"